Kansas has more state government employees per resident than most states, and the trend is rising.

In the visualization, I’ve multiplied the March payroll number by 12 to produce an approximation of annual payroll. Using each state’s population for each year, I’ve also computed the annual payroll on a per-resident basis and the number of full-time equivalent (FTE) employees per thousand residents.

Of note, the data is gathered in March, specifically for the pay period that includes March 12. This means that the pandemic probably had little effect on the figures for 2020. 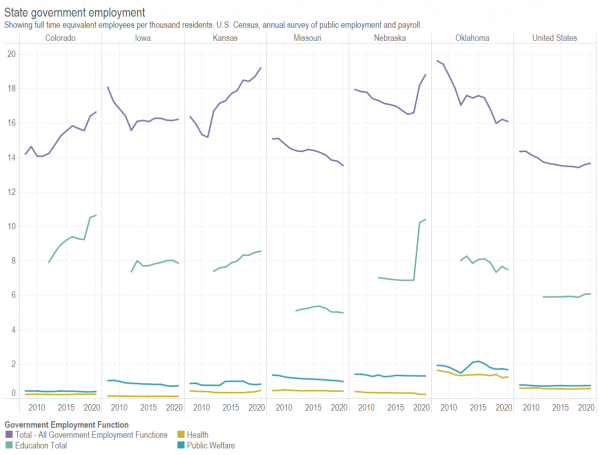 Two things are evident: The level of employment in Kansas is generally higher than the other states, and the trend in Kansas is rising when many states are level or declining. This data counters the story often told, which is that state government employment has been slashed.

If we look at data for state and local government employees, the conclusions are nearly the same. 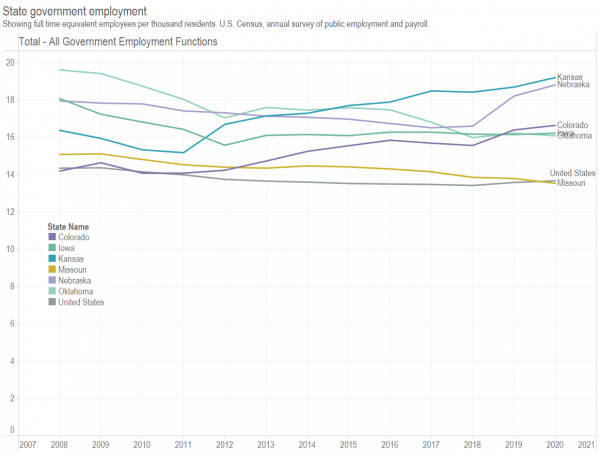