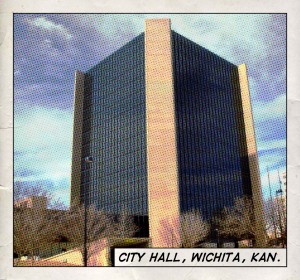 As he has done previously, Wichita Mayor Carl Brewer decided not to vote on a matter involving Spirit Aerosystems at the November 5, 2013 meeting of the Wichita City Council.

The mayor didn’t give a reason for recusing himself, but it’s probably because he was formerly an employee at Spirit. So it’s good that he did this. But if we’re going to observe ethics protocols like this — and we should — let’s do them correctly. The mayor should have announced at the start of this item that he had to recuse himself, and then he should have left the bench and probably also the council chambers. Instead, Brewer presided over the presentation and discussion of the item, and then stated he wouldn’t be voting. It’s a small matter, but we might as well do things right.

What is much more important — and curious — is this: Brewer feels he can’t vote on an item involving a company where he was an employee. But, he has no such compunction about voting on matters that send taxpayer money to his fishing buddy, even via no-bid contracts.

Add to this confusing mix of ethical judgment calls: The mayor feels he can’t shop for his personal automobile in Wichita because he doesn’t want to be accused of getting a “special deal,” in his words.

It’s good to know that this mayor is concerned about ethical behavior when shopping for a car or voting on matters concerning his former employer. But I’m surprised, as this concern for virtue doesn’t match the behavior of the mayor and many members of the Wichita City Council. Shall we run down the list? 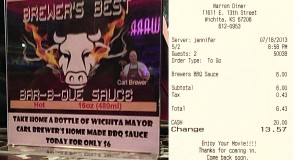 That he feels he can’t vote to give a tax break to his former employer, but votes to give millions to a campaign contributor, and then sells his barbeque sauce in that person’s business?