A Wichita developer seeks to have taxpayers fund a large portion of his development costs, using a wasteful government program of dubious value.

When you hear of a program titled “historic preservation tax credits” you might find yourself in agreement. Preserving history: Who can be against that? And tax credits: Aren’t those just technical adjustments on someone’s tax form?

If you look closely, however, you’ll find that the historic preservation tax credits program can include buildings with only the slightest historic significance, and has great cost to taxpayers.

The Colorado-Derby Building at 201 N Water Street in Wichita has been nominated for placement on the Register of Historic Kansas Places. It’s a nondescript building which currently houses administrative offices for the Wichita public school district and is known by a different name. Still, it is eligible for placement on the register for being an “example of this private investment trend,” that being the building of office buildings midcentury. A laudable accomplishment, but hardly notable.

The real reason for seeking placement on the register of historic places is money. By using historic preservation tax credits the developer of this building can get taxpayers to pay for much of the costs of rehabilitation. Almost half, which will be millions in this case.

Under the program this building is entering, its owners will receive 25 percent of rehabilitation expenses. The federal government provides tax credits of 20 percent. It’s likely that the owners of this building will also seek these credits.

So with both tax credit programs, 45 percent of the cost of rehabilitating this building could be paid for by taxpayers. And, given the history of the developer, it’s likely he will find other ways to get taxpayers to pay for even more. 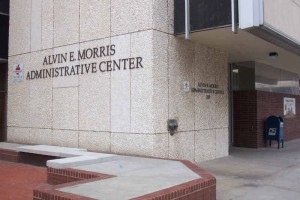 Tax credits may be a mystery to many, but there is no doubt as to their harmful effect on state and federal budgets. When using tax credits, the government, conceptually, issues a slip of paper that says something like “The holder of this document may submit it instead of $500,000 when making a tax payment.” So instead of paying taxes with actual money, the holder of the credit pays with, well, a slip of paper worth nothing to the government treasury.

This is a direct cost to the government, according to both reason and the Kansas Division of Legislative Post Audit. Last year, after conducting an audit of Kansas tax credit programs, auditors explained: “Tax credits, which the government offers to try to induce certain actions by the taxpayer, reduce income tax revenues because they are subtracted directly from the amount of taxes due.” (emphasis added)

The use of tax credits to pay for economic development incentives leads many to believe that what government is doing is not a direct subsidy or payment. In order to clear things up, perhaps we should require that government write checks instead of issuing credits.

Further, the audit found what many already knew: tax credit aren’t an efficient way of transferring subsidy to developers. Most of the time, the developers sell the credits to someone else at a discount, as the audit explains: “The Historic Preservation Tax Credit isn’t cost-effective. That credit works differently than the other three because the amount of money a historic preservation project receives from the credit is dependent upon the amount of money it’s sold for. Our review showed that, on average, when Historic Preservation Credits were transferred to generate money for a project, they only generated 85 cents for the project for every dollar of potential tax revenue the State gave up.”

It would be more efficient for everyone if the state would simply write checks to the developers instead of issuing tax credits. But then the actual economic meaning of the transaction would be laid bare for all to see.

Then, what qualifies as historic can change as political conditions require. Earlier this year the Wichita city council reversed a decision by the Historic Preservation Board and allowed a property owner to proceed with the demolition of three formerly historic buildings in southern downtown Wichita.

The historic preservation tax credit program is a government handout mechanism we no longer need. Today, most of the money goes to wealthy developers or corporations that can afford to redevelop downtown hotels and lofts with their own money — instead of asking low-income families to pay sales tax on their groceries to fund their tax credits.

Constructed in 1959-1960, the nine-story Colorado-Derby Building is an early example of a Modern Movement speculative office tower erected within a pattern of development that shaped Wichita’s downtown at midcentury. New buildings erected as icons on the skyline were intended to refresh, modernize, and revitalize the downtown core through public and private investment in civic and commercial improvements. Frank and Harvey Ablah recognized the onset of this trend and constructed the Colorado-Derby Building to provide speculative office space, redeveloping the site of the Ablah Hotel Supply Company. Named for its largest and most prominent tenant, the Colorado-Derby Building was fully occupied when it opened in 1960 and maintained high occupancy rates over the following decade. The construction and subsequent occupancy of this building illustrates the continuing importance of manufacturing industries to the economy of Wichita at midcentury and the ability of these industries to contribute to the economic and physical revitalization of downtown. The blocks immediately surrounding the building continued to develop in a similar fashion over the following decade with large-scale modern buildings and parking lots replacing smaller commercial and industrial buildings built a half-century earlier. All of this development activity culminated in a formal Urban Renewal project utilizing federal funds in the late 1960s. In Wichita, private investment focused on providing office space for industrial companies, rather than public funding initiated the revitalization that transformed downtown. The Colorado-Derby Building is nominated under Criterion A an important early example of this private investment trend.