There are large differences in the trend of population among Kansas counties.

The first chart shows nothing about the size of county populations, just the trend. (Click charts for larger versions.) 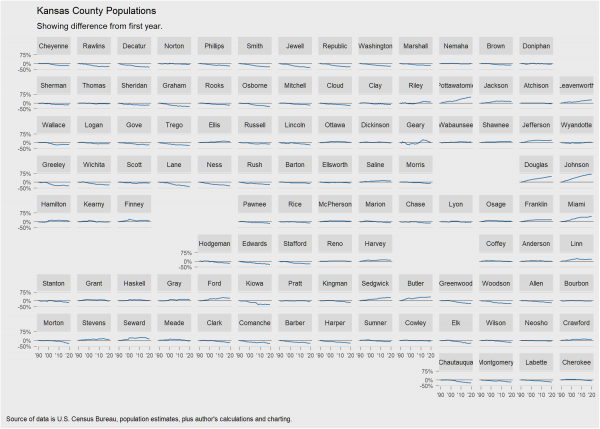 Many counties in the northeast portion of Kansas are growing rapidly, Douglas and Johnson especially, with the latter the state’s most populous county. In south-central Kansas, Sedgwick and Butler counties have grown. In the rural west, Seward, Ford, and Finney counties have grown, perhaps due to the meatpacking industry. Ellis County, home to Fort Hays State University, has experienced slight growth.

The following charts display the population of counties as the width of the blue bar, with a standard scale for all counties. It is easy to spot the state’s largest counties by population.

Data is from the United States Census Bureau population estimates, along with my calculations and charting. 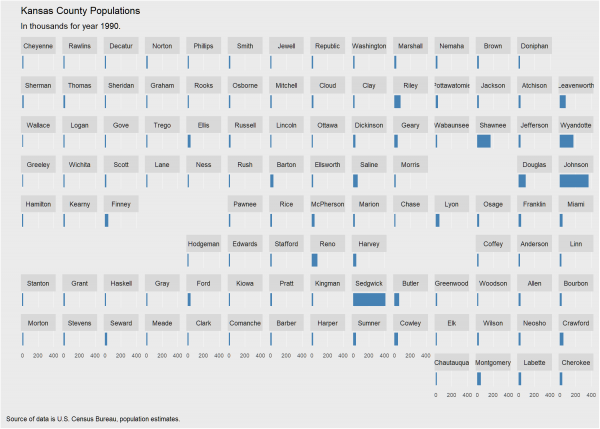 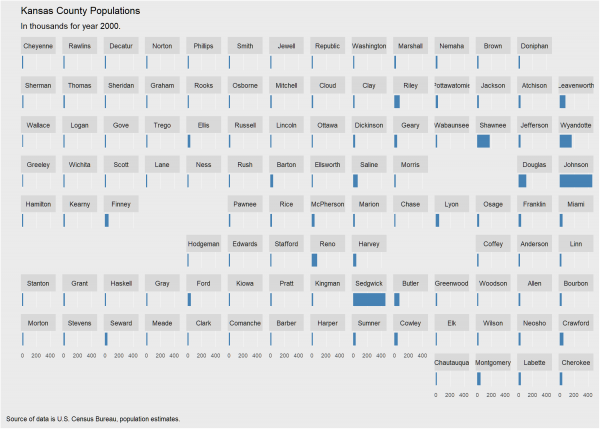 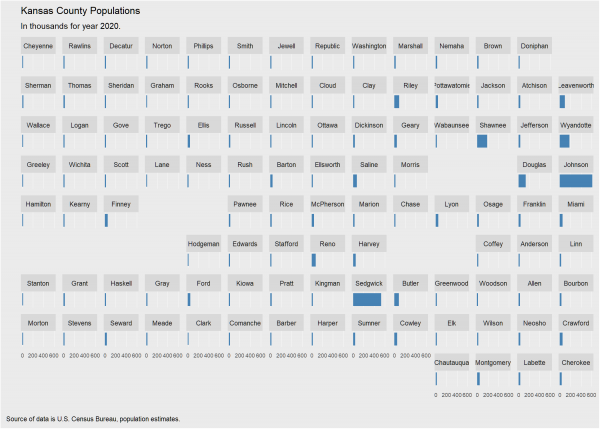