In Kansas for August 2022, the labor force fell slightly, the number of people working fell, and the unemployment rate rose slightly, all compared to the previous month. Over the year, only Mississippi had slower job growth.

Data released from the Bureau of Labor Statistics, part of the United States Department of Labor, shows a deteriorating employment picture in Kansas for August 2022 when compared to the previous month.

Of special note this month: Considering year-over-year nonfarm job growth, Kansas no longer has the lowest value in the nation, as it had in recent months. 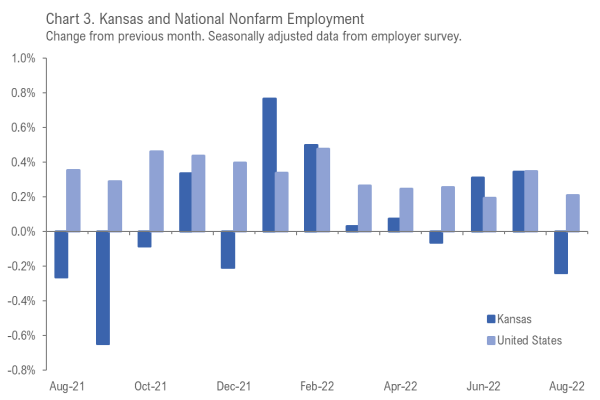 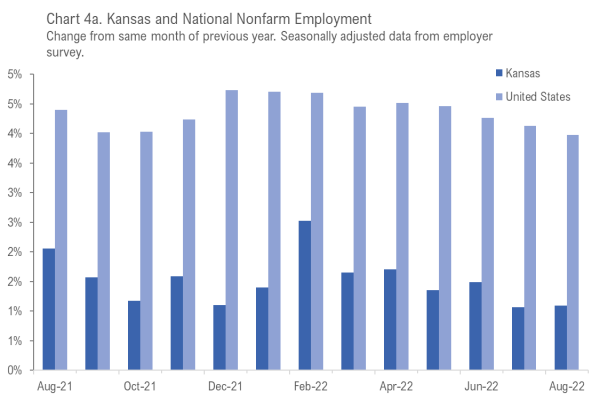 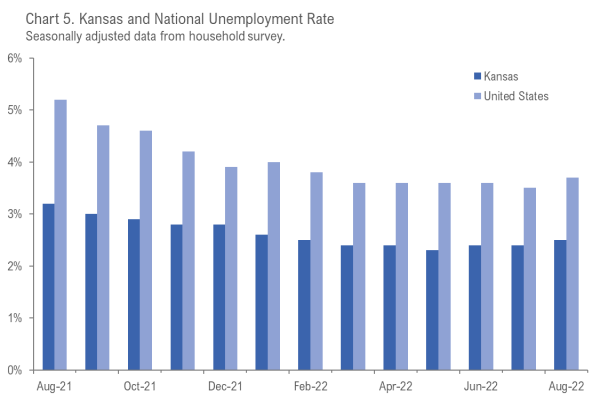 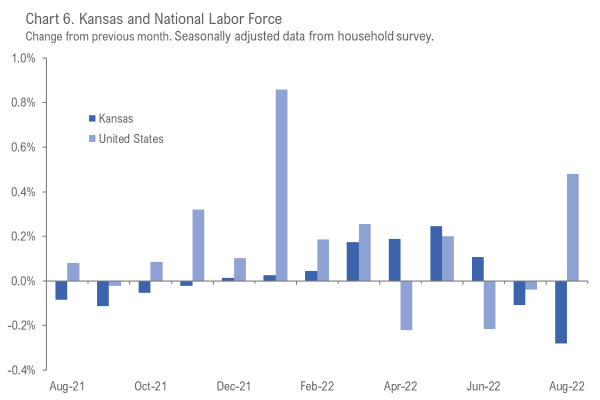 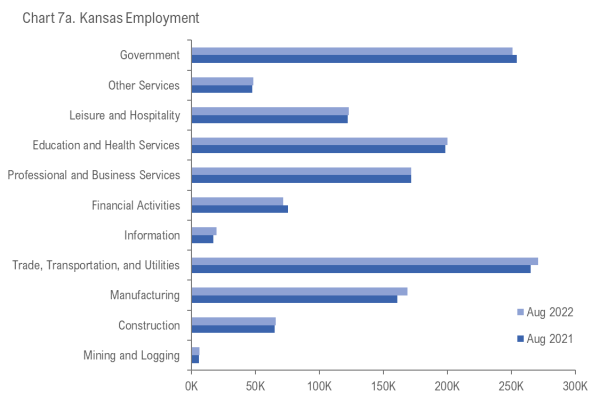 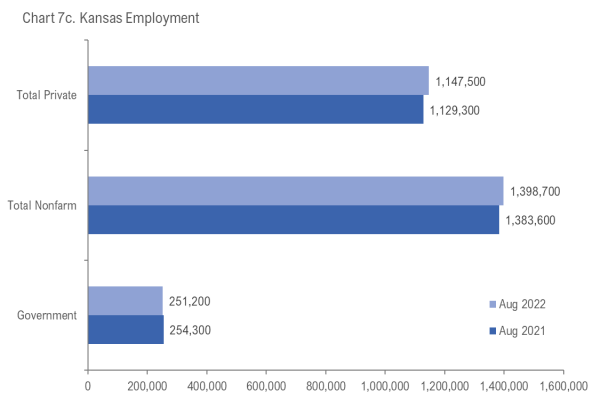 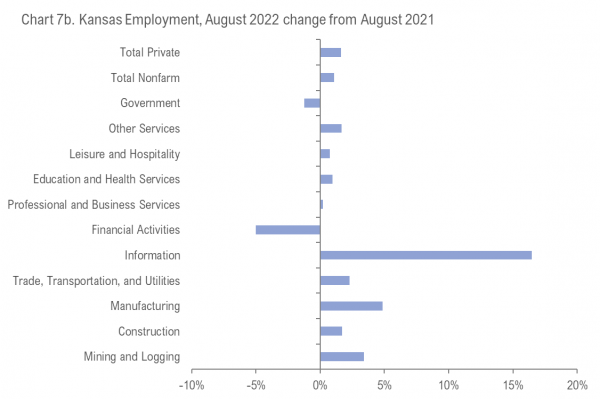 As mentioned earlier, the rate of job growth in Kansas over the year has been lowest in the nation in recent months. Now, Mississippi is in that position. The following chart shows the monthly and annual change in the number of jobs in the states, along with the rank of the state. The annual change in Kansas ranked fiftieth among the states and District of Columbia. For the monthly change, Kansas did better, ranking forty-eighth. 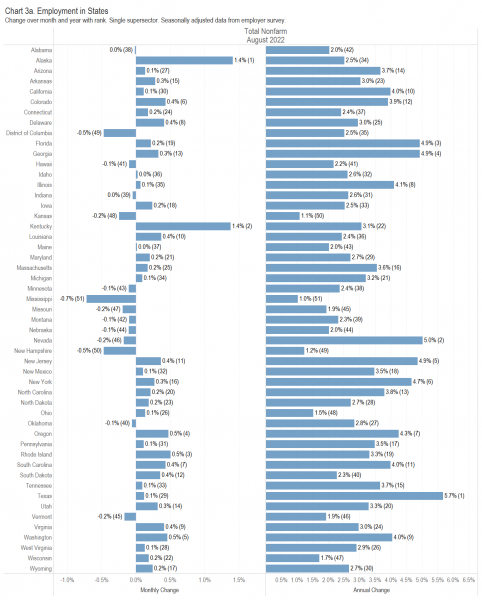 The report for this month from the Kansas Department of Labor is here. The report from BLS may be found here. Although the governor issued four press releases on September 16, the date of the release of this employment, there was no news release from Governor Kelly on this topic. 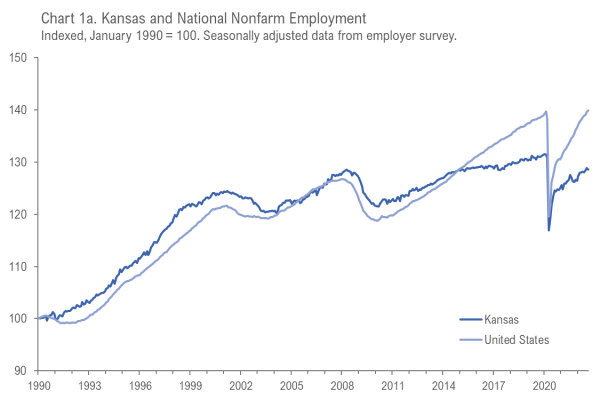 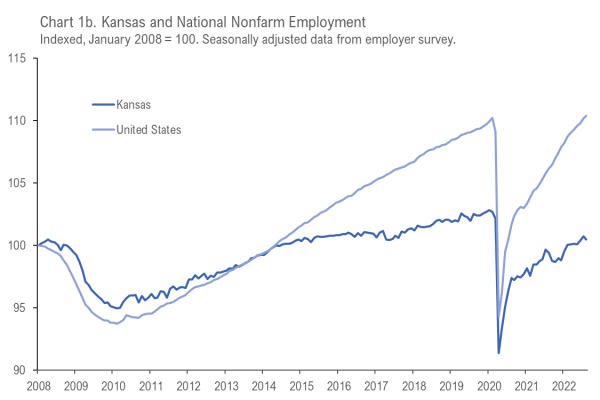 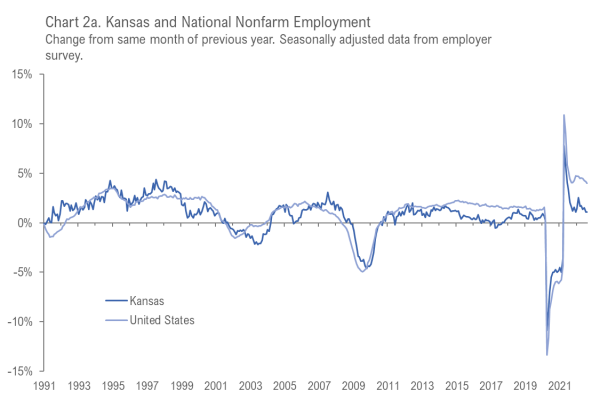 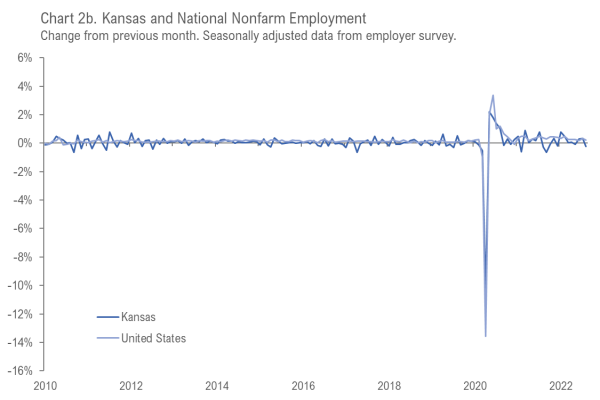