Data and charts regarding the Kansas general fund.

“The State General Fund receives the most attention in the budget because it is the largest source of the uncommitted revenue available to the state. It is also the fund to which most general tax receipts are credited. The Legislature may spend State General Fund dollars for any governmental purpose.”1

There is a requirement that the general fund have an ending balance of at least 7.5 percent. “Legislation was enacted by the 1990 Legislature to establish minimum ending balances to ensure financial solvency and fiscal responsibility. The legislation requires an ending balance of at least 7.5 percent of total expenditures and demand transfers and requires that the Governor’s budget recommendations and the legislative-approved budget for the coming year adhere to this standard. Often the Legislature suspends this requirement and allows for lower ending balances.”2

“The budget is based on an estimate of annual receipts and the Governor’s recommendation for total expenditures over the course of a fiscal year. However, within any fiscal year, the amount of receipts to the State General Fund varies widely from month to month, and an agency may spend any or all of its appropriation at any time during the fiscal year. In particular, the state must make large expenditures early in the fiscal year for school districts, while meeting the demands for periodic Medicaid reimbursements to providers, as well as making payroll. This makes for an imbalance when compared to when much of the state’s tax revenues are received, such as income tax, mostly recorded in the final quarter of the fiscal year.”3

“Estimates for the State General Fund are developed using a consensus process that involves the Division of the Budget, the Legislative Research Department, the Department of Revenue, and consulting economists from state universities.”4

The sources of data for the following charts and tables are Kansas Budget Reports and Comparison Reports for various years. Figures for fiscal years greater than 2016 are estimates from the Kansas Division of the Budget. Click charts for larger versions. 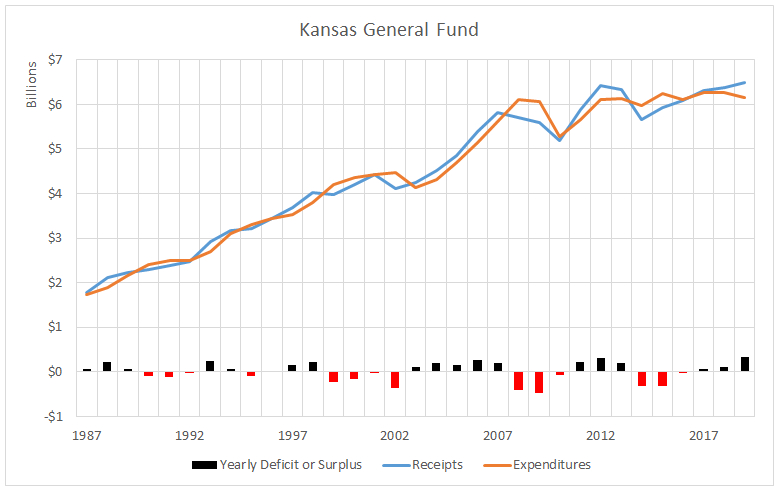 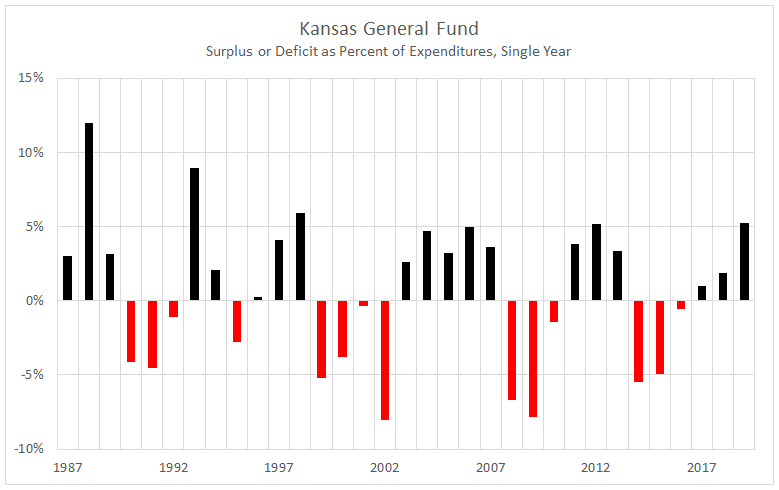 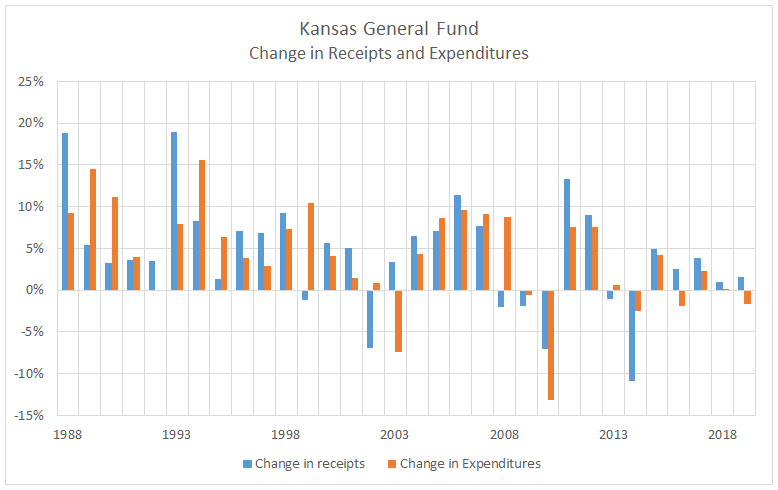 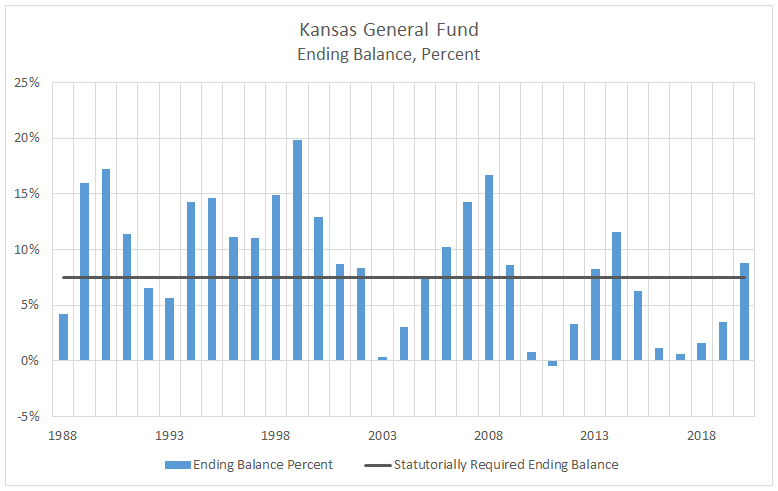 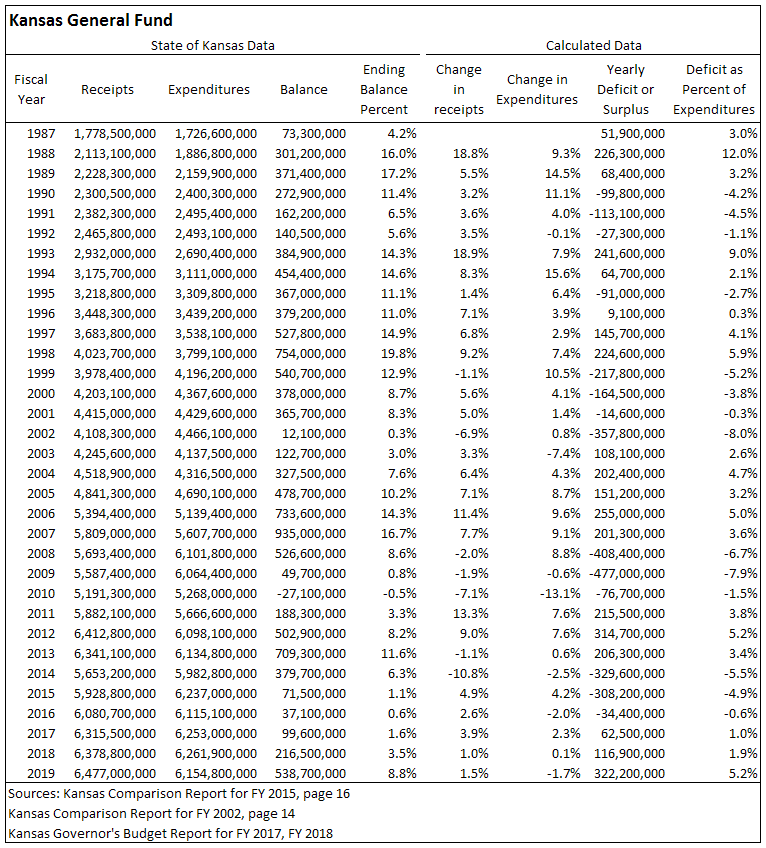