Has continually “robbing the bank of KDOT” harmed Kansas highways?

Data from Kansas Department of Transportation shows that the condition of Kansas highways improved during the 1980s and 1990s. The highways have remained in a high level of condition since then.

This is not to argue in favor of transferring highway funds, but to show that Kansas highways are not deteriorating as some alledge. 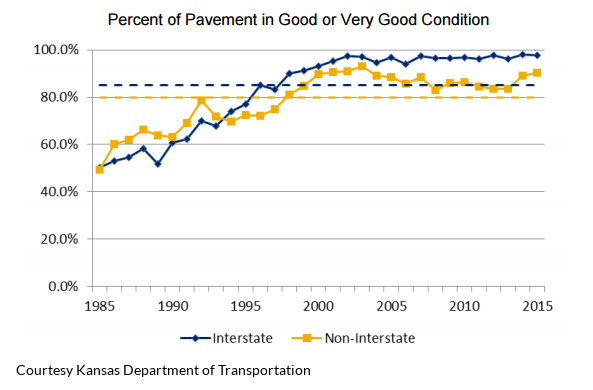