In Kansas for December 2020, the labor force shrank while the number of people working rose, resulting in a drop in the unemployment rate.

Data released today from the Bureau of Labor Statistics, part of the United States Department of Labor, shows a mixed employment picture in Kansas for December 2020.

The Kansas economy had been adding jobs each month since May, but there was a decline in September. The rise in October overcame September’s loss, but jobs were lost in November, only to rise in December. There are now almost exactly the same number of jobs in Kansas as in August. The national economy lost a small number of jobs in December. Kansas has 66,500 fewer nonfarm jobs in December than in February, the last month not affected by the response to the pandemic.

While the unemployment rate fell for December, the primary cause was the large drop in the labor force.

In the following chart showing job changes from the previous month, the magnitude of the changes in April through August overwhelms the other months. Since then, changes have been smaller, and both rising and falling. 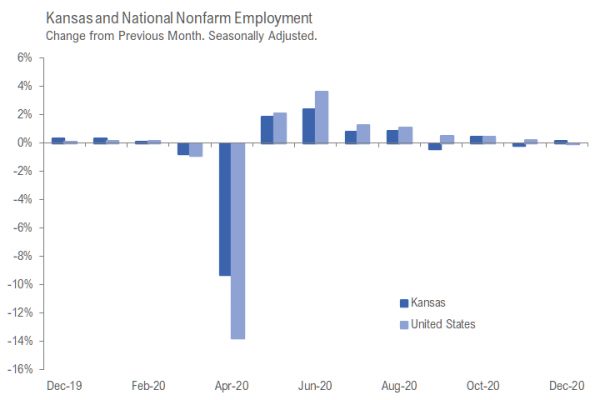 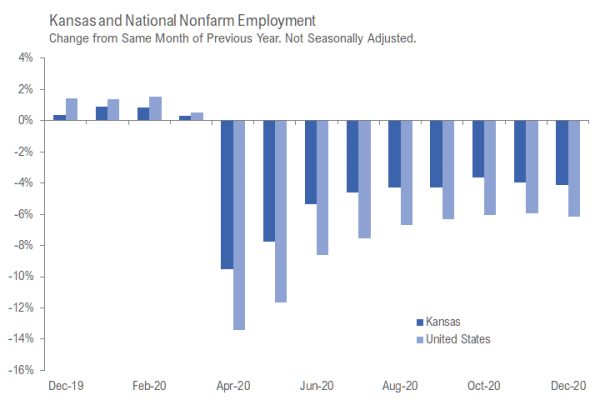 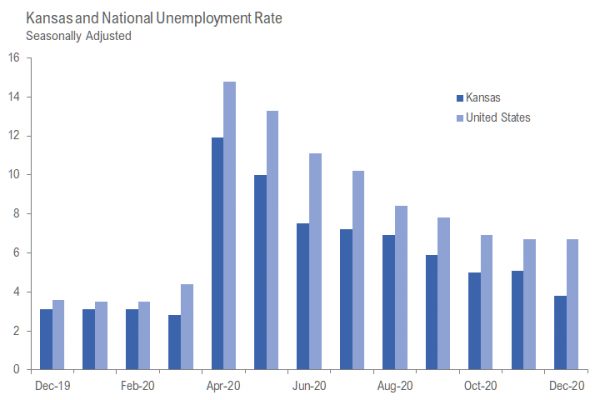 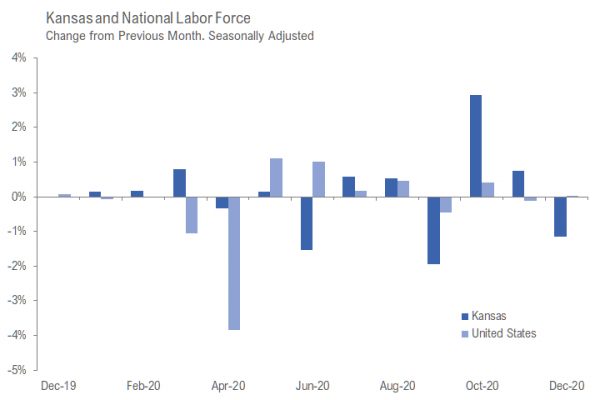 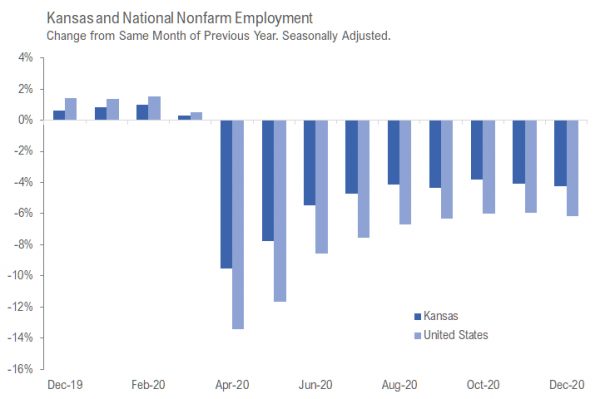 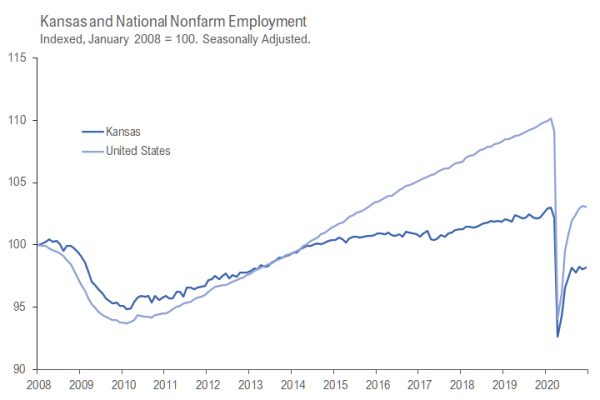 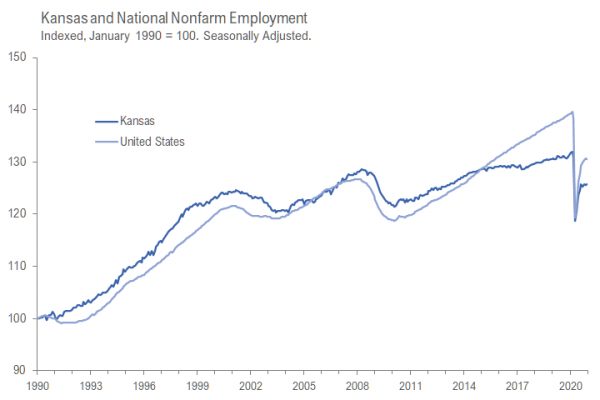 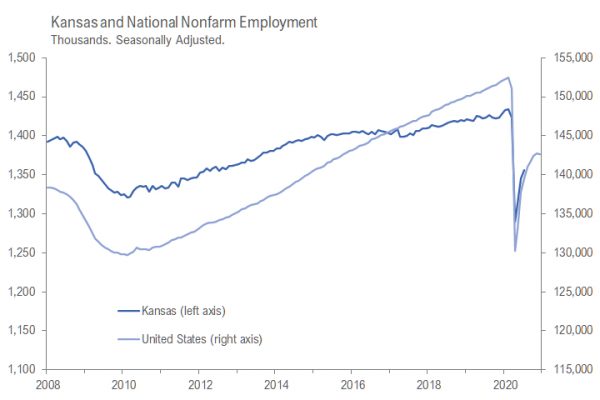 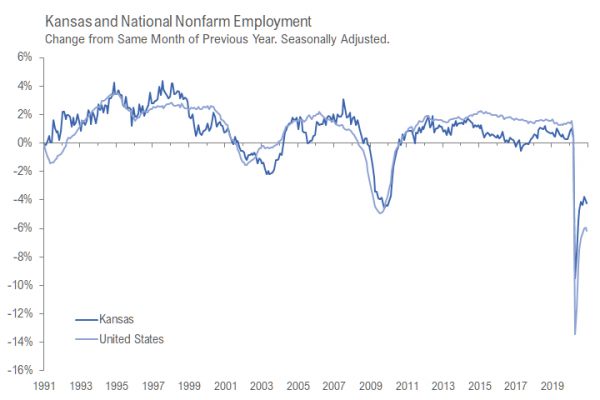