In Kansas for February 2021, the labor force shrank, the number of people working fell, and the unemployment rate fell.

Data released today from the Bureau of Labor Statistics, part of the United States Department of Labor, shows a deteriorating employment picture in Kansas for February 2021, even though the unemployment rate fell.

The Kansas economy had been adding jobs each month since May, but there was a decline in September. Since then, the monthly jobs count has both risen and fallen, usually by small amounts. There are now 87,500 more jobs in Kansas than in April 2020, which is the low point since the pandemic. There are 70,500 fewer jobs than in February 2020, just before the pandemic.

The number of unemployed persons fell from January 2021 to February 2021 by 3,917 (7.6 percent). The unemployment rate was 3.2 percent in February, the same as one year ago, and down 0.2 percentage points from last month.

In the following chart showing job changes from the previous month, the magnitude of the changes in April through August overwhelms the other months. Since then, changes have been smaller, and both rising and falling, although January saw a large positive upswing followed by a fall in February. 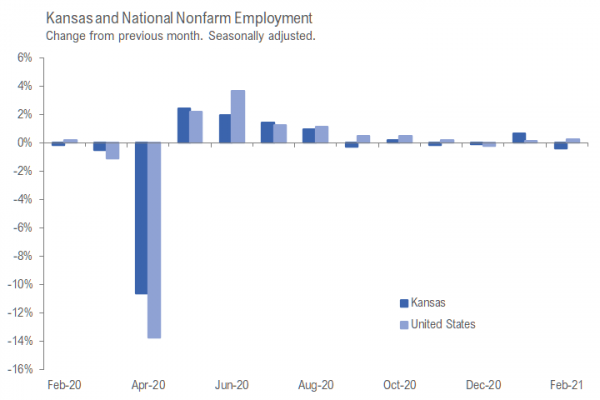 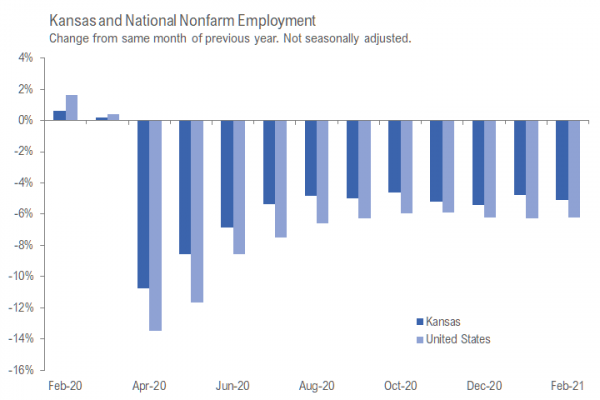 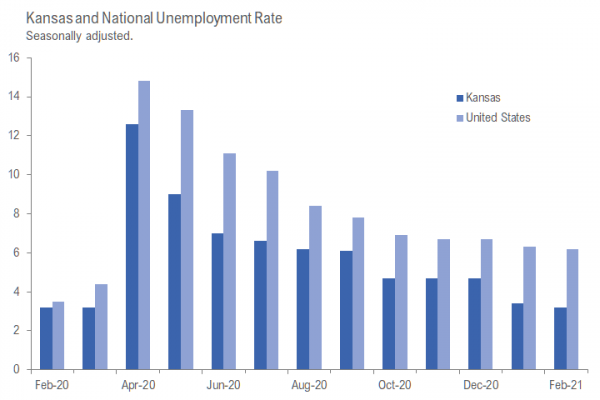 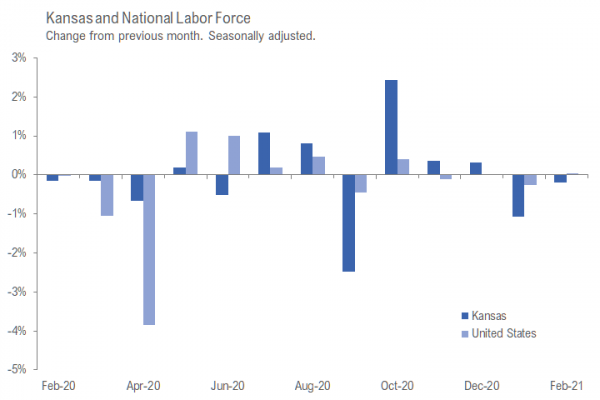 For industry groups, the following charts show the number of employees in various industries in February 2020 and February 2021. 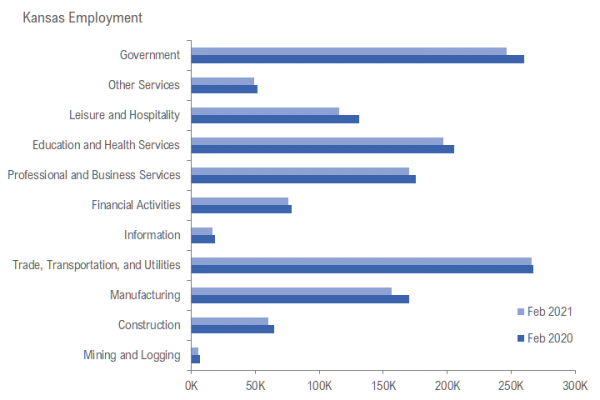 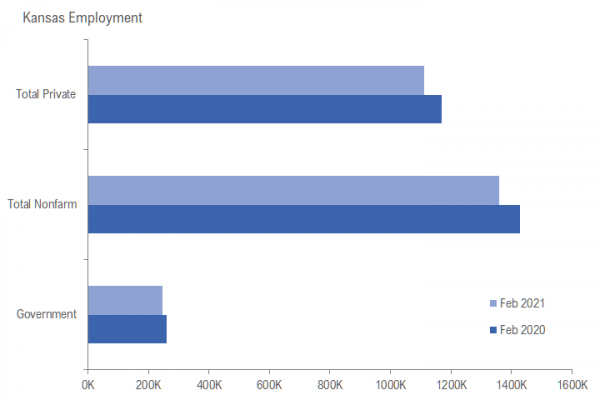 This chart uses the same data, but shows the percent change from February 2020. The Mining and logging category is lowest, proportionally, followed by Leisure and hospitality and Information. No industry group has gained employees. 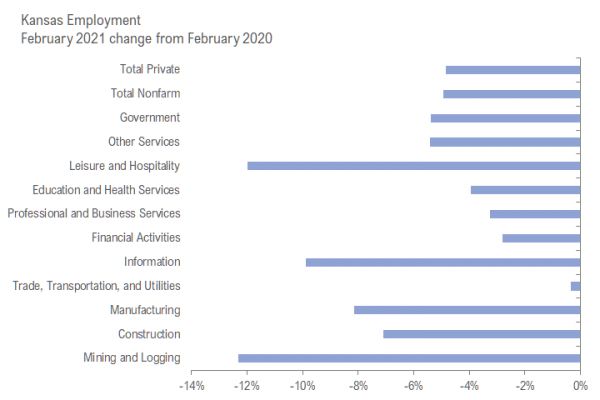 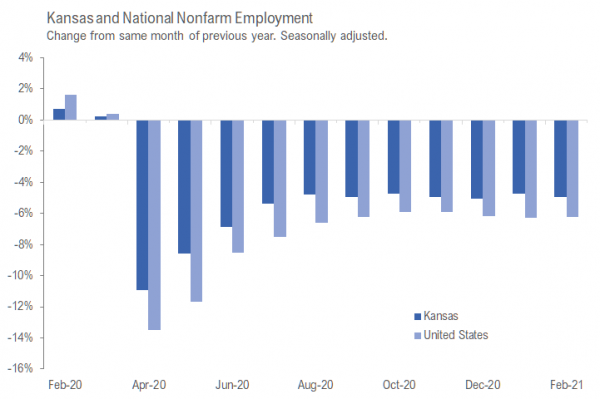 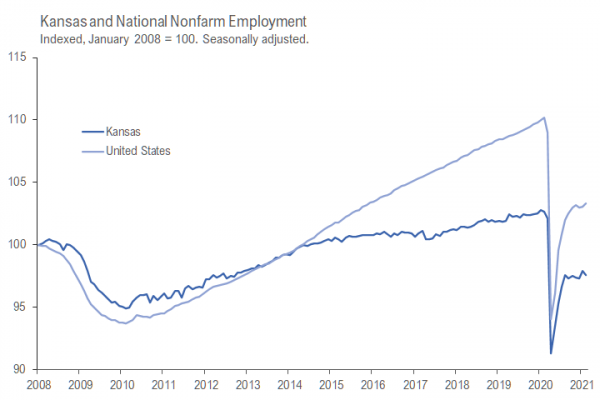 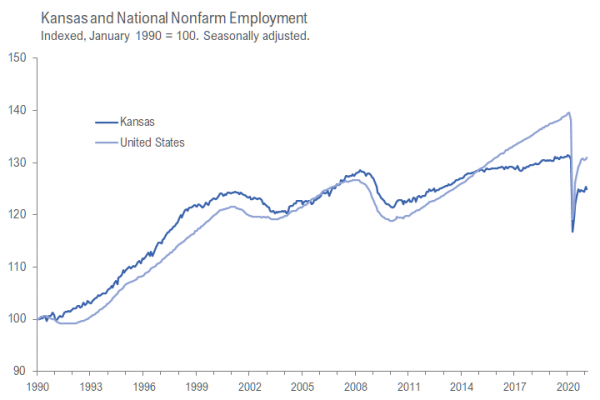 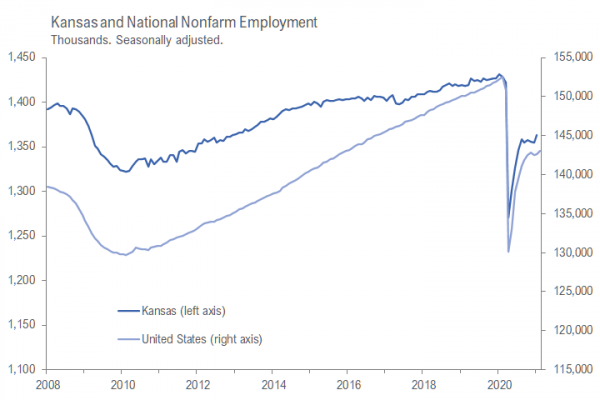 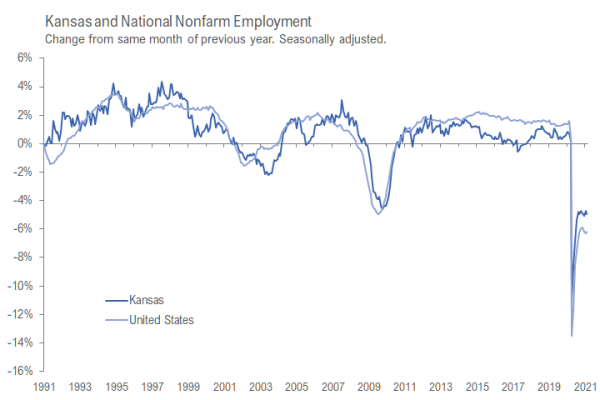