A new organization with the motto “Responsible Policy. Real Prosperity.” is producing reports that are true on the surface, but fail to present the total picture.

In a report titled “Kansas Schools Struggle With Recent Budget Cuts,” Kansas Center for Economic Growth explains that Kansas schools are funded through three sources: State, federal, and local. So far, so good. 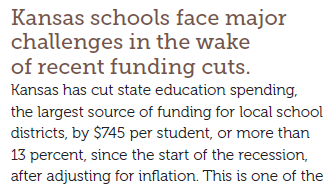 But the report later makes this claim: “Kansas has cut state education spending, the largest source of funding for local school districts, by $745 per student, or more than 13 percent, since the start of the recession, after adjusting for inflation.”

It’s true that state education spending — that portion of total school funding provided by the State of Kansas — has fallen. The figure given is roughly correct.

But total school spending per student is different. It has fallen too, but by much less. That’s because at the same time state spending was falling, local spending remained steady, and federal spending rose.

After explaining that Kansas schools are funded from three sources, the report makes its concluding argument based on just one of these three sources. It ignores the other 45 percent of school funding. If these other sources of funding are included, Kansas Center for Economic Growth’s argument suddenly becomes much less compelling — but Kansans would at least know all the facts. 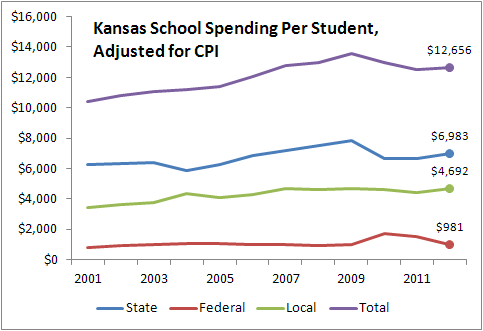 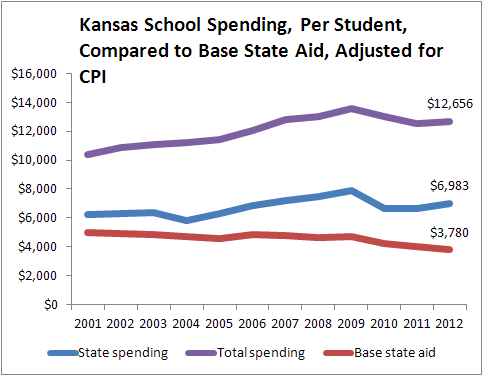