Kansas spring elections should be moved 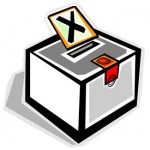 Following is testimony I will deliver to the Senate Standing Committee on Ethics, Elections and Local Government as a proponent of SB 211: Elections; municipalities; primary and general elections; date change; partisan.

Thank you for allowing me to present testimony in favor of SB 211, which would move city and school board elections from the spring of odd-numbered years to the fall of even-numbered years to coincide with state and national elections.

Remarkably, a special Wichita citywide election in February 2012 with just one question on the ballot had voter turnout of 13.7 percent. One year earlier, in April 2011, the spring general election had four of six city council districts contested and a citywide mayoral election. Turnout was 12.8 percent, less than for a single-question election.

I urge this committee to support moving the spring elections to be held in conjunction with the fall state and national elections. This will help reduce the electoral power and influence of special interest groups.