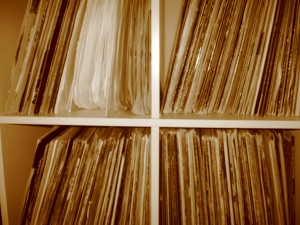 Kansas has a weak open records law. Wichita doesn’t want to follow the law, as weak as it is.

As citizen watchdogs, I and others need access to information and data. The City of Wichita, however, has created several not-for-profit organizations that are largely funded by tax money. The three I am concerned with are the Wichita Downtown Development Corporation, Go Wichita Convention and Visitors Bureau, and Greater Wichita Economic Development Coalition.

I have asked each organization for checkbook-level spending data. Each has refused to comply, using the reasoning that they are not “public agencies” as defined in the Kansas Open Records Act. But consider the WDDC: When I made a request for records, its percent of revenue derived from taxes was well over 90 percent every year but one. In many years the only income WDDC received was from taxes and a small amount of interest earned. Click here to see how much of WDDC’s revenue comes from taxes.

The Wichita city attorney backs these organizations and their interpretation of the law. So do almost all city council members. After 14 months investigating this matter, the Sedgwick County District Attorney agreed with the city’s position. (Click here to read the determination.) The only course of action open to me is to raise thousands of dollars to fund a lawsuit.

Citizen watchdogs and others need the ability to examine the spending of tax money. When government creates quasi-governmental bodies that are almost totally funded through taxes, and then refuses to disclose how that money is spent, we have to wonder why the city doesn’t want citizens to know how this money is spent.

In Wichita, because of a loophole in the Kansas Open Records Act, a large amount of tax money is spent without this type of scrutiny.

The Wichita City Council, when presented with an opportunity to increase the ability of citizens to observe the workings of the government they pay for, decided against the cause of open government, preferring to keep the spending of taxpayer money a secret. Continue reading here.

Wichita could do better regarding open government, if it wants

Tomorrow the Wichita City Council will consider renewing its contract with Go Wichita Convention and Visitors Bureau. The renewal will provide another opportunity for the council to decide whether it is truly in favor of open government and citizen access to records. Continue reading here.

Responses to records requests made by Kansas Policy Institute are bringing attention to shortcomings in the Kansas Open Records Act. Continue reading here.

In Wichita, disdain for open records and government transparency

Despite receiving nearly all its funding from taxpayers, Go Wichita Convention and Visitors Bureau refuses to admit it is a “public agency” as defined in the Kansas Open Records Act. The city backs this agency and its interpretation of this law, which is in favor of government secrecy and in opposition to the letter and spirit of the Open Records Act. Continue reading here.

Additional information on open records is at: