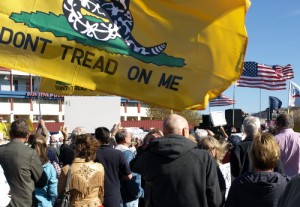 What’s telling is that these findings embarrassed the Ivy League professor. Why am I not surprised.

A finding in a study on the relationship between science literacy and political ideology surprised the Yale professor behind it: Tea party members know more science than non-tea partiers.

Yale law professor Dan Kahan posted on his blog this week that he analyzed the responses of more than 2,000 American adults recruited for another study and found that, on average, people who leaned liberal were more science literate than those who leaned conservative.

However, those who identified as part of the tea party movement were actually better versed in science than those who didn’t, Kahan found. The findings met the conventional threshold of statistical significance, the professor said.

Kahan wrote that not only did the findings surprise him, they embarrassed him.

“I’ve got to confess, though, I found this result surprising. As I pushed the button to run the analysis on my computer, I fully expected I’d be shown a modest negative correlation between identifying with the Tea Party and science comprehension,” Kahan wrote.