Intellectuals vs. the rest of us

Why are so many opposed to private property and free exchange — capitalism, in other words — in favor of large-scale government interventionism? Lack of knowledge, or ignorance, is one answer, but there is another. From August 2013. 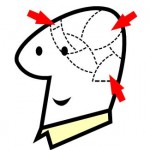 At a recent educational meeting I attended, someone asked the question: Why doesn’t everyone believe what we (most of the people attending) believe: that private property and free exchange — capitalism, in other words — are superior to government intervention and control over the economy?

It’s question that I’ve asked at conferences I’ve attended. The most hopeful answer is ignorance. While that may seem a harsh word to use, ignorance is simply a “state of being uninformed.” That can be cured by education. This is the reason for this website. This is the reason why I and others testify in favor of free markets and against government intervention. It is the reason why John Todd gives out hundreds of copies of I, Pencil, purchased at his own expense.

But there is another explanation, and one that is less hopeful. There is an intellectual class in our society that benefits mightily from government. This class also believes that their cause is moral, that they are anointed, as Thomas Sowell explains in The vision of the anointed: self-congratulation as a basis for social policy: “What all these highly disparate crusades have in common is their moral exaltation of the anointed above others, who are to have their very different views nullified and superseded by the views of the anointed, imposed via the power of government.”

Murray N. Rothbard explains further the role of the intellectual class in the first chapter of For a New Liberty: The Libertarian Manifesto, titled “The Libertarian Heritage: The American Revolution and Classical Liberalism.” Since most intellectuals favor government over a market economy and work towards that end, what do the intellectuals get? “In exchange for spreading this message to the public, the new breed of intellectuals was rewarded with jobs and prestige as apologists for the New Order and as planners and regulators of the newly cartelized economy and society.”

There it is: Planners and regulators. We have plenty of these at all levels of government, and these are prime examples of the intellectual class. Is it any wonder that the locus of centralized planning in south-central Kansas — sustainable communities — is at a government university?

As Rothbard explains, intellectuals have cleverly altered the very meaning of words to suit their needs:

One of the ways that the new statist intellectuals did their work was to change the meaning of old labels, and therefore to manipulate in the minds of the public the emotional connotations attached to such labels. For example, the laissez-faire libertarians had long been known as “liberals,” and the purest and most militant of them as “radicals”; they had also been known as “progressives” because they were the ones in tune with industrial progress, the spread of liberty, and the rise in living standards of consumers. The new breed of statist academics and intellectuals appropriated to themselves the words “liberal” and “progressive,” and successfully managed to tar their laissez- faire opponents with the charge of being old-fashioned, “Neanderthal,” and “reactionary.” Even the name “conservative” was pinned on the classical liberals. And, as we have seen, the new statists were able to appropriate the concept of “reason” as well.

We see this at work in Wichita, where those who advocate for capitalism and free markets instead of government intervention are called, in the case of Wichita Mayor Carl Brewer and Wichita Eagle editorial writer Rhonda Holman, “naysayers.”

The sad realization is that as government has extended its reach into so many areas of our lives, to advocate for liberty instead of government intervention is to oppose many things that people have accepted as commonplace or inevitable. To advocate that free people should trade voluntarily with other free people — instead of forming a plan for them — is to be dismissed as “not serious.”

Rothbard further explains the role of intellectuals in promoting what they see as the goodness of expansive government:

Throughout the ages, the emperor has had a series of pseudo-clothes provided for him by the nation’s intellectual caste. In past centuries, the intellectuals informed the public that the State or its rulers were divine, or at least clothed in divine authority, and therefore what might look to the naive and untutored eye as despotism, mass murder, and theft on a grand scale was only the divine working its benign and mysterious ways in the body politic. In recent decades, as the divine sanction has worn a bit threadbare, the emperor’s “court intellectuals” have spun ever more sophisticated apologia: informing the public that what the government does is for the “common good” and the “public welfare,” that the process of taxation-and-spending works through the mysterious process of the “multiplier” to keep the economy on an even keel, and that, in any case, a wide variety of governmental “services” could not possibly be performed by citizens acting voluntarily on the market or in society. All of this the libertarian denies: he sees the various apologia as fraudulent means of obtaining public support for the State’s rule, and he insists that whatever services the government actually performs could be supplied far more efficiently and far more morally by private and cooperative enterprise.

The libertarian therefore considers one of his prime educational tasks is to spread the demystification and desanctification of the State among its hapless subjects. His task is to demonstrate repeatedly and in depth that not only the emperor but even the “democratic” State has no clothes; that all governments subsist by exploitive rule over the public; and that such rule is the reverse of objective necessity. He strives to show that the very existence of taxation and the State necessarily sets up a class division between the exploiting rulers and the exploited ruled. He seeks to show that the task of the court intellectuals who have always supported the State has ever been to weave mystification in order to induce the public to accept State rule, and that these intellectuals obtain, in return, a share in the power and pelf extracted by the rulers from their deluded subjects.

And so the alliance between state and intellectual is formed. The intellectuals are usually rewarded quite handsomely by the state for their subservience, writes Rothbard:

The alliance is based on a quid pro quo: on the one hand, the intellectuals spread among the masses the idea that the State and its rulers are wise, good, sometimes divine, and at the very least inevitable and better than any conceivable alternatives. In return for this panoply of ideology, the State incorporates the intellectuals as part of the ruling elite, granting them power, status, prestige, and material security. Furthermore, intellectuals are needed to staff the bureaucracy and to “plan” the economy and society.