It’s been rumored that he’s been thinking about it, and it now looks like Dr. Milton Wolf will join the race for the Republican Party nomination for United States Senate. The other declared candidate is the incumbent, Pat Roberts. At least I don’t think Wolf would have an event like you’re invited to (see below) just to say no, he’s not running. 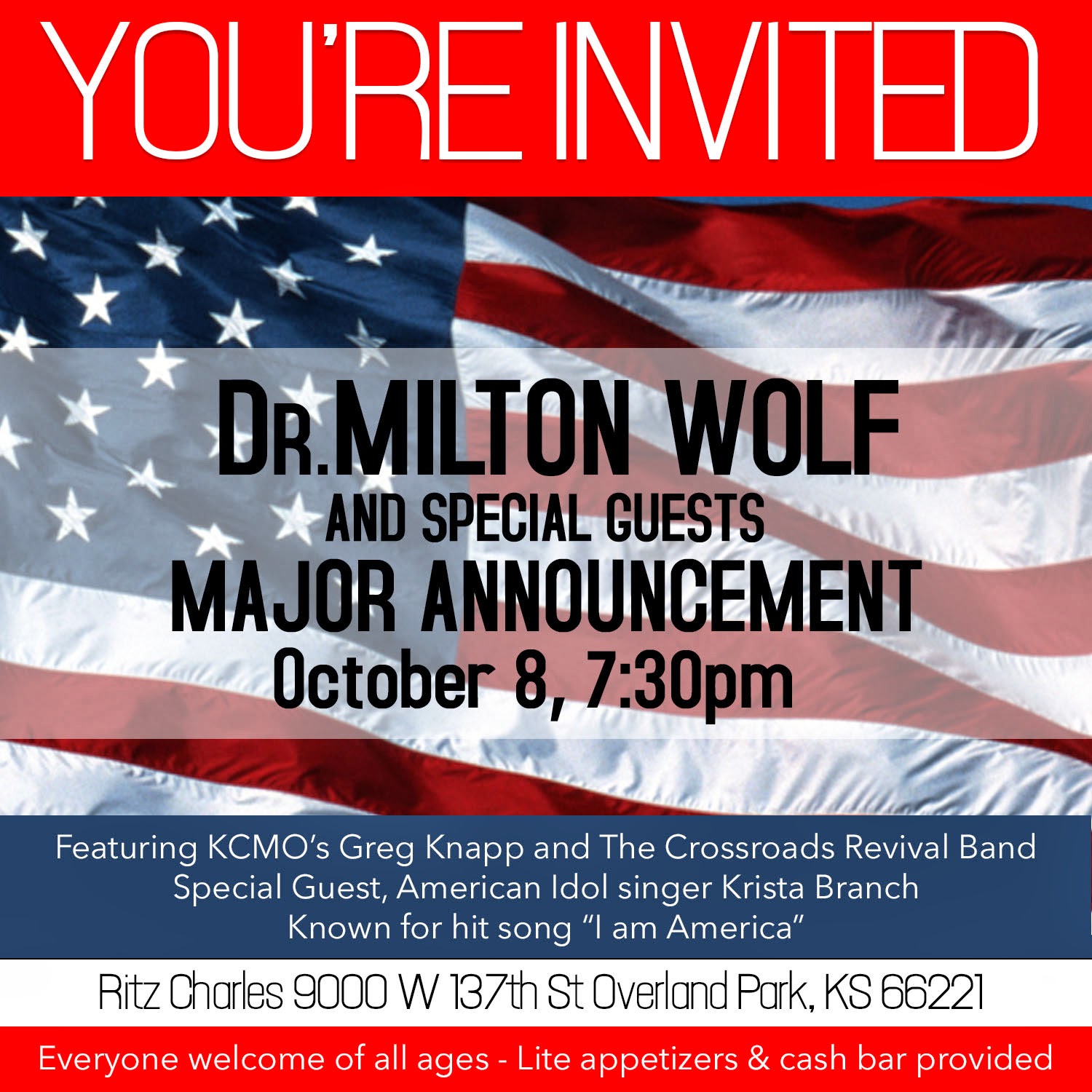