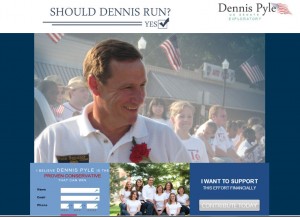 As suspicious as I am regarding the motivations of politicians, I didn’t think of this until a few political observers suggested it: Could this be an effort by the Roberts campaign to muddy the waters and diminish Wolf’s prospects? Or was this an organic decision made by Pyle — after “months of prayer,” of course? Or did Roberts campaign operatives butter up the northeast Kansas Senator and seduce him with the possibility of a U.S. senate seat — or, at least keeping it in the hands of Roberts?

The latter seems about right. But I don’t really know.