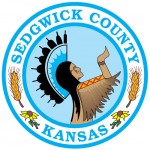 Tax credits can be an inefficient way for government to distribute benefits, as illustrated by action the Sedgwick County Commission will consider today.

Sedgwick County received Kansas income tax credits under the state’s historic preservation program. Since the county doesn’t pay income tax, it can’t use them as payment for taxes. But since the credits are transferable, the county can sell them to someone who does need to pay taxes. And if that person can buy the tax credits for less than face value, such as paying $90 for a tax credit that’s worth $100, there’s motivation for buyers and sellers to make a deal.

This is what the county is doing. In an auction it sold three tax credits for a total of $507,066.74. This is described by county documents as representing $0.9025 per dollar of value. Working backwards, this means that the tax credits have a face value of $507,066.74/.9025 = $561,847 in face value. Someone will submit these credits to the state instead of a check for that amount when they pay their taxes.

This means that the State of Kansas gives up $561,847 in order to grant a benefit worth $507,067 to Sedgwick County. This is the inefficiency of using tax credits as a mechanism for distributing benefits.

You may be wondering: Why does this state use this inefficient method? One reason is that tax credits operate more or less on autopilot. Once the program is authorized and put in place, people or organizations that qualify for the credits receive them without action by the legislature. This has happened in downtown Wichita on a number of projects such as the renovation of the Broadview and Ambassador Hotels. Both received millions under historic preservation tax credit programs. (See In Wichita, historic preservation tax credits an inefficient form of developer welfare.)

Can you imagine the legislature having to vote to give millions of dollars to specific hotel developers? That probably wouldn’t be popular. But the tax credit program accomplishes the same result, and mostly under the radar without scrutiny.

Tax credits are a direct transfer of money from taxpayers to private parties. But being accomplished through the tax system shrouds the process in mystery. And, no direct action is required by any legislative body. The legislature creates the tax credit program. The developer applies, and if accepted, the credits are granted. No one — at least no one elected by and accountable to voters — votes to grant the specific credits.

The Kansas historic preservation tax credit program, in a short time, has grown from a program designed to help spruce up a few old buildings here and there to a developer welfare program on steroids.