Seeking to tell the story of the most prolific serial killer in American history, filmmakers Ann McElhinney, Phelim McAleer, and Magdalena Segieda ask for your help.

The subject of the proposed movie is Kermit Gosnell, the Philadelphia physician convicted of murder in 2013. Of his crimes, the grand jury reported: “This case is about a doctor who killed babies … What we mean is that he regularly and illegally delivered live, viable, babies in the third trimester of pregnancy — and then murdered these newborns by severing their spinal cords with scissors … Over the years, many people came to know that something was going on here. But no one put a stop to it.”

If you’re not heard of Gosnell and his crimes, you’re not alone. Many feel that his trial did not receive the news coverage it merited. Writing about the lack of news coverage, Kirsten Powers — not a conservative — concluded in her USA Today column:

Let me state the obvious. This should be front page news. When Rush Limbaugh attacked Sandra Fluke, there was non-stop media hysteria. The venerable NBC Nightly News’ Brian Williams intoned, “A firestorm of outrage from women after a crude tirade from Rush Limbaugh,” as he teased a segment on the brouhaha. Yet, accusations of babies having their heads severed — a major human rights story if there ever was one — doesn’t make the cut.

You don’t have to oppose abortion rights to find late-term abortion abhorrent or to find the Gosnell trial eminently newsworthy. This is not about being “pro-choice” or “pro-life.” It’s about basic human rights.

The deafening silence of too much of the media, once a force for justice in America, is a disgrace.

The Gosnell filmmakers note that Jodi Arias was on trial at the same time as Gosnell, She was accused of killing one person, but her trial received wide coverage, and a movie has already been made and shown.

Through their company Ann & Phelim Media Ann McElhinney, Phelim McAleer, and Magdalena Segieda have made successful and compelling independent films such as Fracknation and Not Evil Just Wrong. Now, by using the crowdfunding method, they hope to raise enough to produce a movie to tell the Gosnell story.

I’ve made a contribution, and I hope you do too. You can make a contribution of any size at GosnellMovie.com. There you can hear the filmmakers tell what they will accomplish. 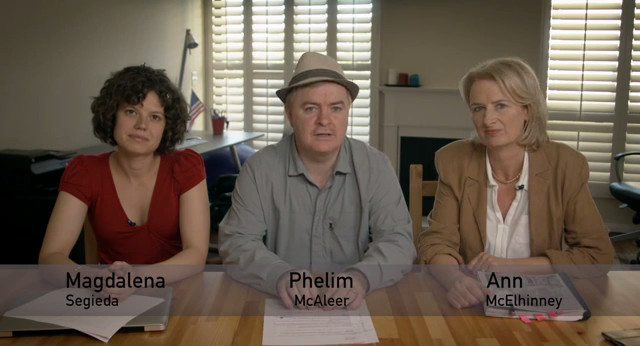