President Barack Obama is going to ask Congress for more tax revenue. But the president’s request, as large as it is, will do little to rein in our budgetary problem.

According to the Wall Street Journal: “President Barack Obama will begin budget negotiations with congressional leaders Friday by calling for $1.6 trillion in additional tax revenue over the next decade, far more than Republicans are likely to accept and double the $800 billion discussed in talks with GOP leaders during the summer of 2011.”

The stage is being set for a showdown, one that both sides will surely cast as determining the future viability of America. But placing these numbers in context shows us that we’re really arguing over nothing — when compared to the size of the problems facing the budget.

For context, the president’s most recent budget — which received zero votes when submitted to Congress — calls for cumulative deficits totaling an additional $6,684 billion from 2013 through 2022. Obama’s request for additional revenue of $1,600 billion over those years is 23.9 percent of that projected deficit. This is not what I’d call “solving the problem.”

Further, the president’s budget may be based on unrealistically optimistic projections. One of the most important variables, the rate of growth of gross domestic product, was assumed to be 3.0 percent in 2012. But through the first three quarters, GDP growth has been at the rate of 2.0 percent, and the recent trend has been for that rate to decrease, not improve. 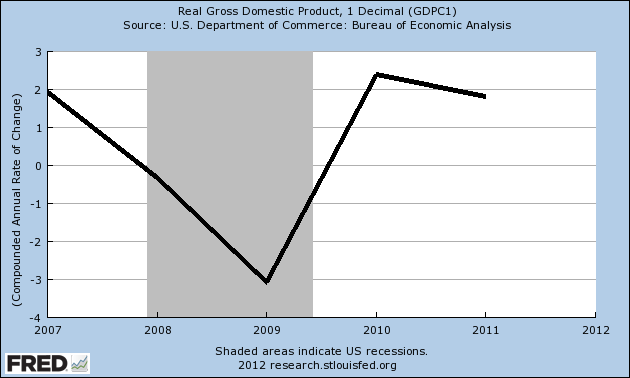