An interactive visualization of employment and unemployment data for states and the nation.

The Bureau of Labor Statistics, part of the United States Department of Labor, is the official record-keeper of statistics regarding employment.

Data about employment and unemployment comes from two surveys:

Both programs are surveys, not a complete count or census, according to BLS:

Both programs count data for a survey reference period, which is the pay period that includes the twelfth day of a month. The surveys are usually released on the first Friday of a new month. Previous values are subject to revision as BLS refines estimates with additional sources of data.

Click here to access my intercative visualization of employment and unemployment data from the household survey (CPS). 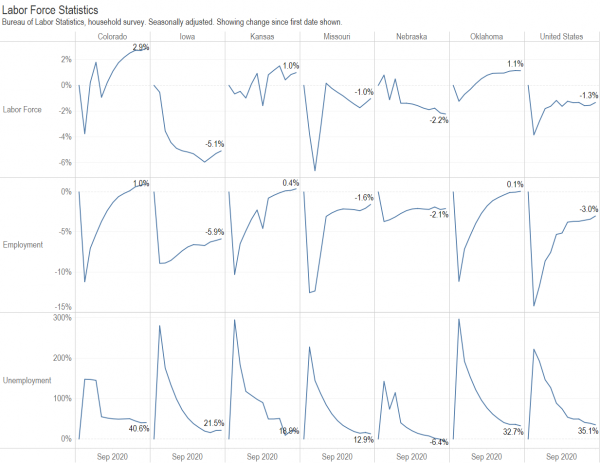 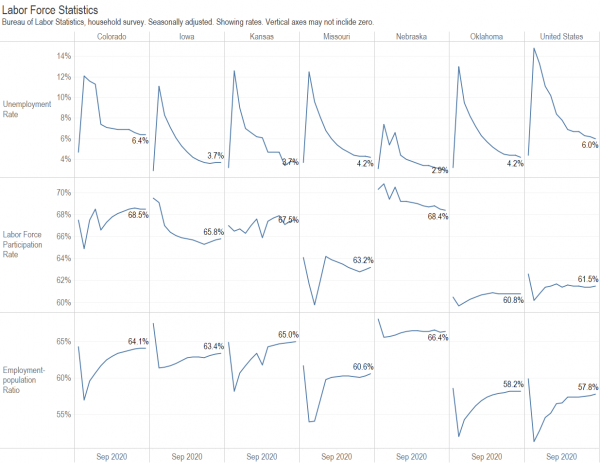