At the December 10, 2013 meeting of the Wichita City Council, Bombardier LearJet received an economic development incentive that will let it avoid paying some property taxes on newly-purchased property. The amount involved in that particular incident is relatively small. According to city documents, “the value of the abated taxes on that investment could be as much as $1,980.” 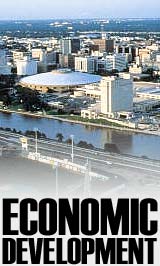 This week Bombardier was before the council again asking for property tax abatements. City documents estimate the amount of tax to be forgiven as $1,098,294 annually, for up to ten years. The document prepared for council members did not address sales tax, but generally sales taxes are forgiven when using the program Bombardier qualified for.

The December 10 meeting was useful because a representative of Bombardier appeared before the council. His remarks help us understand how some prominent members of Wichita’s business community have distorted the principles of free markets and capitalism. As illustrated by the fawning of Wichita City Council Member and Vice Mayor Pete Meitzner (district 2, east Wichita) and others, elected officials have long forsaken these principles.

Don Pufahl, who is Director of Finance at Bombardier Learjet, addressed the council regarding this matter. He started his remarks on a positive note, telling the council “There are various aspects to a free-market economy. There’s the rule of law, there’s property rights, and another major aspect is incentives.”

We must be careful when using the term incentive. In a free-market economy or capitalism, incentive refers to the motivation of the possibility of earning profits. Another incentive — the other side of the same coin — is avoiding losses. That’s why capitalism is called a profit-and-loss system. The losses are just as important as profits, as losses are a signal that the economic activity is not valued, and the resources should be shifted to somewhere else where they are valued more highly.

But in the field of economic development as practiced by government, incentive means something given to or granted to a company. That’s what the representative from Bombardier meant by incentive. He explained: “One party, in this case, the local government, uses incentives for another party, in this case our company, to invest in the community.”

A few thoughts: First, Bombardier is not investing in the community. The company is investing in itself. I’m sure Bombardier’s shareholders hope that is true.

Second, the free market system that the speaker praised is a system based on voluntary exchange. That flows from property rights, which is the foundational idea that people own themselves and the product of their labor, and are free to exchange with others. But when government uses incentives, many people do not consent to the exchange. That’s not a free market system.

Third, an important part of a free market system is market competition. That is, business firms compete with others for customers. They also compete with other business firms for resources needed for production, such as capital. When government makes these decisions instead of markets, we don’t have a free market system. Instead, we have cronyism. Charles G. Koch has described the harm of cronyism, recently writing: “The effects on government are equally distorting — and corrupting. Instead of protecting our liberty and property, government officials are determining where to send resources based on the political influence of their cronies. In the process, government gains even more power and the ranks of bureaucrats continue to swell.”

In the same article Koch wrote: “We have a term for this kind of collusion between business and government. It used to be known as rent-seeking. Now we call it cronyism. Rampant cronyism threatens the economic foundations that have made this the most prosperous country in the world.” (Charles G. Koch: Corporate cronyism harms America)

The representative from Bombardier also said that the city’s incentives would reduce Bombardier’s investment risk. There is little doubt this is true. When a company is given money with no strings attached except what the company already intends to do and wants to do, that reduced a company’s risk. What has happened, however, is that risk has not been eliminated or reduced. It has merely been shifted to the people of Wichita, Sedgwick County, the Wichita public school district, and the State of Kansas. When government does this on a piecemeal basis, this is called cronyism. When done universally, we call this socialism.

We can easily argue that actions like this — and especially the large subsidies granted to Bombardier by the state — increase the risk of these investments. Since the subsidies reduce the cost of its investment, Bombardier may be motivated to make risky investments that it might otherwise not make, were it investing its own funds (and that of its shareholders). 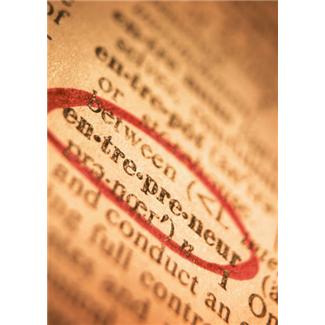 The cost of Bombardier’s investments, and the accompanying risk, is spread to a class of business firms that can’t afford additional cost and risk. These are young startup firms, the entrepreneurial firms that we need to nurture in order to have real and sustainable economic growth and jobs. But we can’t identify these. We don’t know who they are. But we need an economic development strategy that creates an environment where these young entrepreneurial firms have the greatest chance to survive. (See Kansas economic growth policy should embrace dynamism and How to grow the Kansas economy.)

Now the city and Bombardier will say that these investments have a payoff for the taxpayer. That is, if Bombardier grows, it will pay more in taxes, and that constitutes “profit” for taxpayers. Even if we accept that premise — that the city “profits” from collecting taxes — why do we need to invest in Bombardier in order to harvest its “profits” when there are so many companies that pay taxes without requiring subsidy?

Finally, the representative from Bombardier said that these incentives are not a handout. I don’t see how anyone can say that and maintain a straight face. 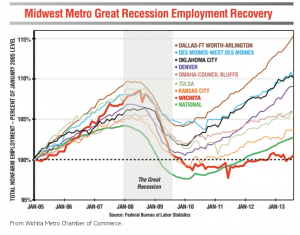 It would be one thing if the Wichita area was thriving economically. But it isn’t. We’re in last place among our self-identified peers, as illustrated in Wichita and Visioneering peers job growth. Minutes from a recent meeting of Greater Wichita Economic Development Coalition, the primary organization in charge of economic development, holds this paragraph: “As shown in the Chart below Wichita economy suffered the largest loss of employment among peer cities and has not seen any signs of rebounding as the other communities have. Wichita lost 31,000 jobs during the recession principally due to the down turn in general aviation.”

There are various aspects to a free-market economy. There’s the rule of law, there’s property rights, and another major aspect is incentives.