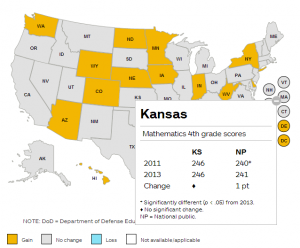 According to NCES: “Twenty-five of the 52 U.S. states/jurisdictions had a higher average score in 2013 than in 2011 in at least one subject and grade.”