Government planning, itself, is dangerous

The very existence of a government plan is dangerous, as its construction creates powerful constituencies that have shaped it to fit their needs and are highly motivated to see it implemented. 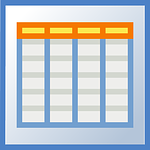 Much of the Commissioner’s article simply described the program and the need for it in vague generalities that are neither correct or incorrect, and which do little to advance understanding of what is really likely to happen.

But Norton did write something useful when he attempted to deflect the fact that this is a government plan, backed by the ability of government to compel compliance (or make it very expensive to avoid). He wrote: “This is not about any one governing body or level of government imposing or mandating what we should do. It is about what we decide collectively is best for our region and then choosing to make it happen.”

When the Sedgwick County Commission voted to participate in this HUD Sustainable Communities Regional Planning Grant, some commissioners justified their votes in favor of the plan because “it’s only a plan.” If we develop a plan, and then we find we don’t like it, we can shelve it. Problem solved.

This meme of “it’s only a plan” that can be shelved is likely to be repeated. Watch for it.

Except: By shelving time, millions will have been invested in the plan. Reputations like Norton’s will depend on adopting the plan. Bureaucratic jobs will be at stake (See Sedgwick County considers a planning grant for an explanation of how planning helps make work for bureaucrats and academics.)

Besides boosting the interests of politicians and bureaucrats, the government planning process started in south-central Kansas will likely be captured by special interest groups that see ways to benefit from the plan. The public choice school of economics and political science has taught us how special interest groups seek favors from government at enormous costs to society, and we will see this at play again over the next years.

Most importantly: The very existence of a government plan is dangerous, as the plan itself becomes a reason to proceed, contrary to reason and harm to liberty and economic freedom.

An example of how much reverence is given to government plans comes right from the U.S. Supreme Court in the decision Kelo v. New London, in which the Court decided that government could use the power of eminent domain to take one person’s property and transfer it to someone else for the purposes of economic development. In his opinion for the Court, Justice Stevens cited the plan: “The City has carefully formulated an economic development plan that it believes will provide appreciable benefits to the community.” Here we see the importance of the plan and due reverence given to it.

Stevens followed up, giving even more weight to the plan: “To effectuate this plan, the City has invoked a state statute that specifically authorizes the use of eminent domain to promote economic development. Given the comprehensive character of the plan, the thorough deliberation that preceded its adoption, and the limited scope of our review, it is appropriate for us, as it was in Berman, to resolve the challenges of the individual owners, not on a piecemeal basis, but rather in light of the entire plan. Because that plan unquestionably serves a public purpose, the takings challenged here satisfy the public use requirement of the Fifth Amendment.”

To Stevens, the fact that the plan was comprehensive was a factor in favor of its upholding. The sustainable communities plan, likewise, is nothing but comprehensive, as described by county manager Bill Buchanan in a letter to commissioners: “[the plan will] consist of multi-jurisdictional planning efforts that integrate housing, land use, economic and workforce development, transportation, and infrastructure investments in a manner that empowers jurisdictions to consider the interdependent challenges of economic prosperity, social equity, energy use and climate change, and public health and environmental impact.”

That pretty much covers it all. When you’re charged with promoting economic prosperity, defending earth against climate change, and promoting public health, there is no limit to the types of laws you might consider. This likely to be the argument to follow whatever emerges from Commissioner Norton’s planning process.