Updated: Economic Indicators in the States

A visualization of coincident and leading economic indicators for the states.

The Federal Reserve Bank of Philadelphia calculates two indexes — coincident and leading — that track and forecast economic activity in the states and the country as a whole. Values for the coincident index are available through September 2021. Because of the pandemic, the leading index is suspended as of February 2020, and I’ve removed it from the visualization.

The coincident index is a measure of current and past economic activity for each state. The average value for the year 2007 is given the value 100. (For more information, see Visualization: Economic indicators in the states.)

It is easy to see the effect of the pandemic.

A nearby chart shows coincident index values for this century for Kansas, some nearby states, and the United States. (Click charts for larger versions.) 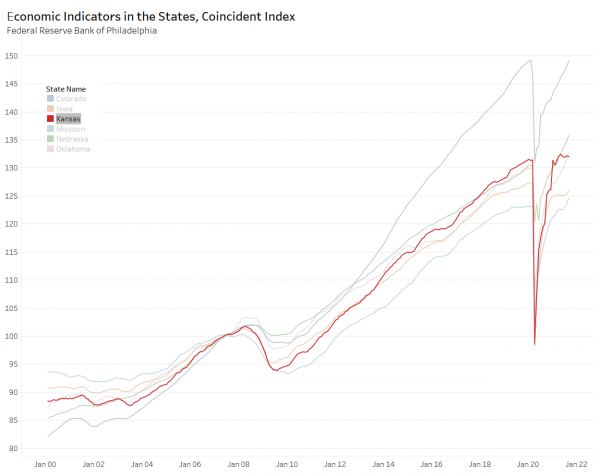 A similar chart shows the difference in the coincident index from the national index. In this chart, a value of zero means the state index value is the same as the national value. We can see that Kansas has been above and below the national value and is usually closer to it than neighboring states. 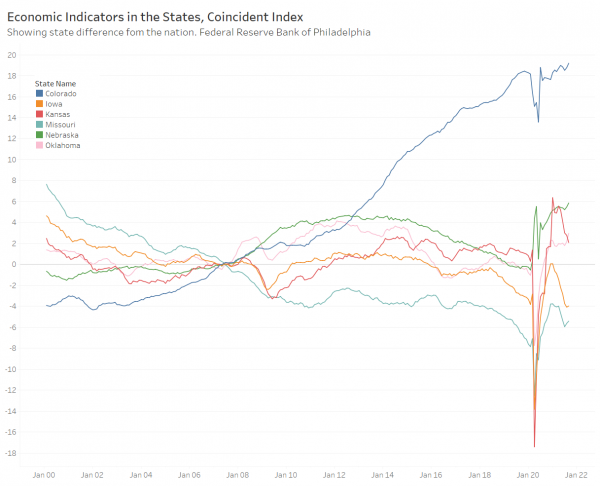 Another chart also shows the difference between states and the nation, with states in a grid mimicking the national map. 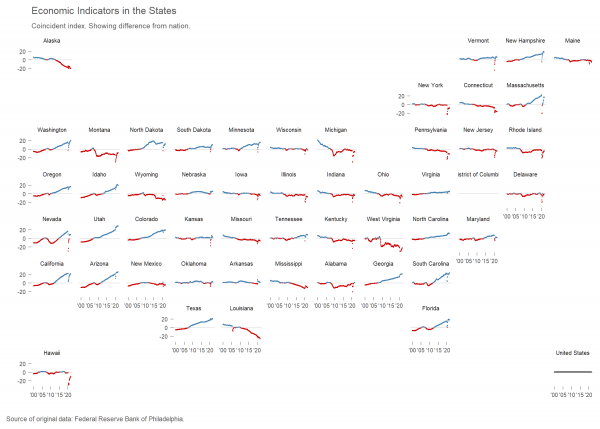 You can access the interactive visualization and create your own charts here: Visualization: Economic indicators in the states.