What is the evidence on taxes and growth?

… results consistently point to significant negative effects of taxes on economic growth even after controlling for various other factors such as government spending, business cycle conditions, and monetary policy.

What is the evidence on taxes and growth?

The idea that taxes affect economic growth has become politically contentious and the subject of much debate in the press and among advocacy groups. That is in part because there are competing theories about what drives economic growth. Some subscribe to Keynesian, demand-side factors, others Neo-classical, supply-side factors, while yet others subscribe to some mixture of the two or something entirely unique. The facts, historical and geographical variation in key parameters for example, should shed light on the debate. However, the economy is sufficiently complex that virtually any theory can find some support in the data. 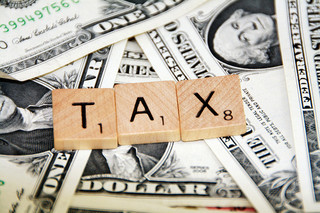 For instance, the Congressional Research Service (CRS) has found support for the theory that taxes have no effect on economic growth by looking at the U.S. experience since World War II and the dramatic variation in the statutory top marginal rate on individual income. They find the fastest economic growth occurred in the 1950s when the top rate was more than ninety percent. However, their study ignores the most basic problems with this sort of statistical analysis, including: the variation in the tax base to which the individual income tax applies; the variation in other taxes, particularly the corporate tax; the short-term versus long-term effects of tax policy; and reverse causality, whereby economic growth affects tax rates. These problems are all well known in the academic literature and have been dealt with in various ways, making the CRS study unpublishable in any peer-reviewed academic journal.

So what does the academic literature say about the empirical relationship between taxes and economic growth? While there are a variety of methods and data sources, the results consistently point to significant negative effects of taxes on economic growth even after controlling for various other factors such as government spending, business cycle conditions, and monetary policy. In this review of the literature, I find twenty-six such studies going back to 1983, and all but three of those studies, and every study in the last fifteen years, find a negative effect of taxes on growth. Of those studies that distinguish between types of taxes, corporate income taxes are found to be most harmful, followed by personal income taxes, consumption taxes and property taxes.