Federal revenues for 2019 were up, but spending increased by a larger amount, resulting in a higher deficit.

The Congressional Budget Office has released its summary for fiscal year 2019, which ended on September 30, 2019. The headline numbers are these:

CBO reports that total receipts were up by 4.0 percent over the previous year, but outlays rose by 8.2 percent. A timing factor, however, inflates the outlay figure, as CBO notes: “That increase would have been about $44 billion smaller — resulting in an increase of 7.1 percent — if not for the shift of certain payments from October 2017 to September 2017 because October 1 fell on a weekend.” 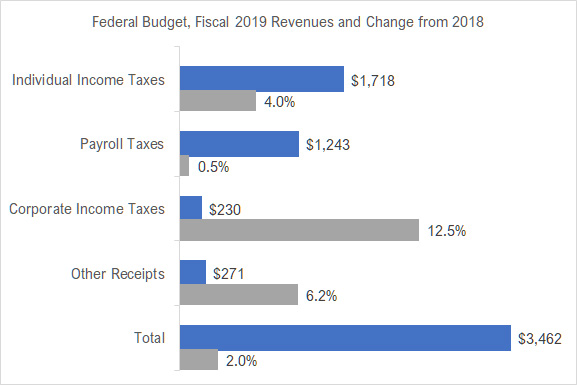 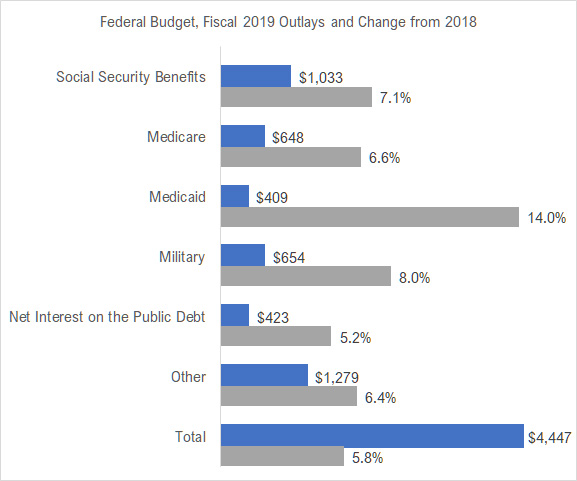 The chart of outlays and receipts provided by CBO expresses these values as a percent of gross domestic product. Federal outlays are now above the long-term average. 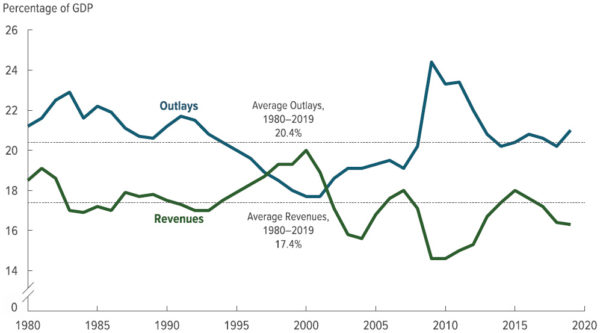 The release page for the report is Monthly Budget Review: Summary for Fiscal Year 2019. It holds a link to the complete report.