Examining the economy of Kansas counties in an interactive visualization.

BEA provides these values as real, meaning adjusted for inflation. Data ranges from 2001 to 2020. I also incorporate BEA’s county population estimates to produce per capita values.

One of the calculations I performed is determining the difference between the value for a county and the state. The most useful of these is the difference in per capita GDP between a county and the statewide value. If this value is zero, the county produces at the same rate, per person, as the state. This lets us place values in context: If per capita GDP for a county is $55,000, what does that mean? The value for the state in 2020 was about $53,691, so that county is a little above the state. Its difference is $1,309. 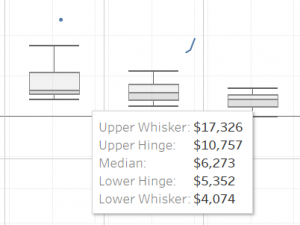 For illustrating the distribution, I show a box plot, also known as a box-and-whisker plot. It helps illustrate the distribution of the data. The line in the box shows the median value. Half the values lie above the median and half below. It is not the same as the average (mean) value, although it is often close. The box covers the middle 50 percent of the data. The bottom of the box (sometimes called a hinge), therefore, indicates the twenty-fifth percentile, and the top, the seventh-fifth. The “whiskers” indicate — usually — a range that is 1.5 times the interquartile range. Values lying outside this range are typically considered outliers and may appear as dots.

The second example sorts by total GDP, and we see the state’s largest counties first. 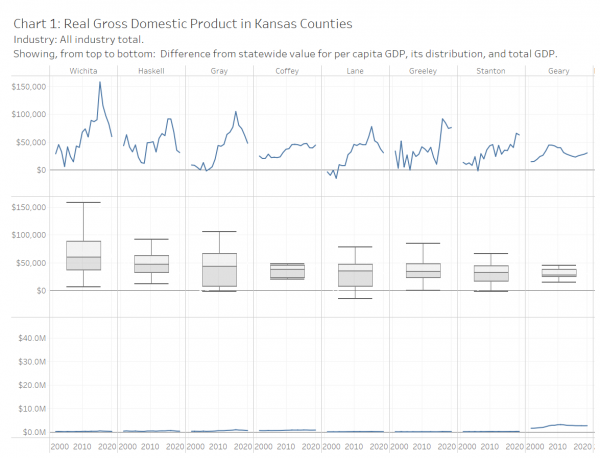 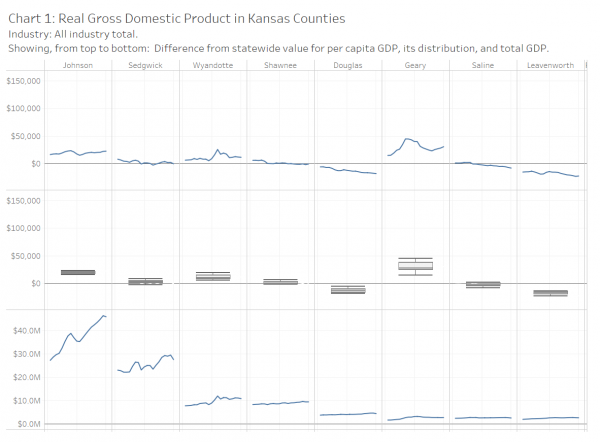 A second set of examples includes manufacturing as the only industry. When sorted by per capita, McPherson County has the highest value, but we also see it has a relatively small total value. When sorted by total GDP, the second example shows Sedgwick County’s prominence in manufacturing. 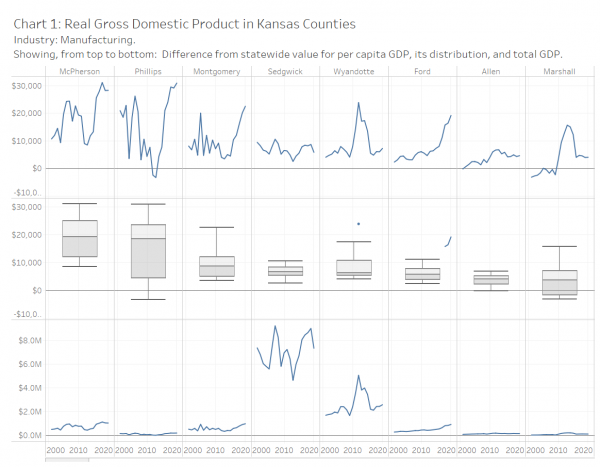 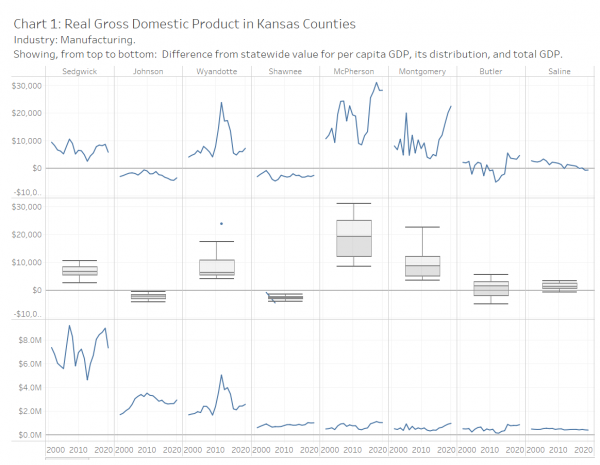