In August 2021, inflation remains high, although the rate fell from July.

As measured by the Consumer Price Index, inflation remained high in August, although the trend is falling.

The Consumer Price Index for All Urban Consumers (CPI-U) increased 0.3 percent in August on a seasonally adjusted basis after rising 0.5 percent in July, the U.S. Bureau of Labor Statistics reported today. Over the last 12 months, the all items index increased 5.3 percent before seasonal adjustment.

The indexes for gasoline, household furnishings and operations, food, and shelter all rose in August and contributed to the monthly all items seasonally adjusted increase. The energy index increased 2.0 percent, mainly due to a 2.8-percent increase in the gasoline index. The index for food rose 0.4 percent, with the indexes for food at home and food away from home both increasing 0.4 percent.

Inflation cooled slightly in August but remained strong, as a surge in Covid-19 infections slowed economic growth and pandemic-related shortages of labor and supplies continued to drive up prices.

The Labor Department said last month’s consumer-price index rose a seasonally adjusted 0.3% in August from July, slower than the 0.5% one-month increase in July, and down markedly from June’s 0.9% pace. Prices eased for autos, with used vehicle prices dropping sharply, and hotel rates and airline fares declined in August from July.

The CPI measures what consumers pay for goods and services, including groceries, clothes, restaurant meals, recreation and vehicles. On an annual basis, price pressures eased slightly. The department’s consumer-price index rose 5.3% in August from a year earlier, down from the 5.4% pace in June and July, on an unadjusted basis. See Inflation Eased in August, Though Prices Stayed High.

We’re old enough to remember a time—earlier this year—when 5.3% consumer-price inflation was considered high. No longer. Nowadays when price rises hit that pace, as they did in August, everyone’s supposed to relax because that means inflation is moderating.

Only an economist or politician could try to define inflation down this way, and plenty will. The argument is that August’s price rise of 0.3% was a tad slower than the 0.5% in July and 0.9% in June. Core inflation, which excludes food and fuel that households actually buy, was more contained at 0.1% in August, or 4% at an annual rate from 4.3% in July. The Federal Reserve’s inflation target is 2%.

As long as you don’t look too hard, these data appear to vindicate those who argue this year’s inflation will prove transitory. See Defining Inflation Down.

A recent run-up in consumer prices cooled slightly in August, signaling that although inflation is higher than normal, the White House and Federal Reserve may be beginning to see the slowdown in price gains they have been hoping for.

Policymakers have consistently argued that a surprisingly strong burst of inflation this year has been tied to pandemic-related quirks and should prove temporary, and most economists agree that prices will climb more slowly as businesses adjust and supply chains return to normal. The major question hanging over the economy’s future has been how much and how quickly the jump will fade.

Data released by the Labor Department on Tuesday suggested that a surge in Delta-variant coronavirus cases was weighing on airfares and hotel rates, but it also showed that price increases for key products — like cars — were beginning to moderate, helping to cool off overall inflation. See Prices climbed more slowly in August, welcome news for the Fed. 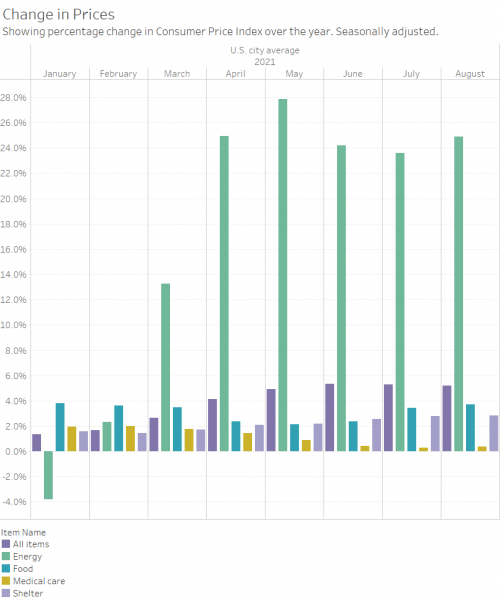 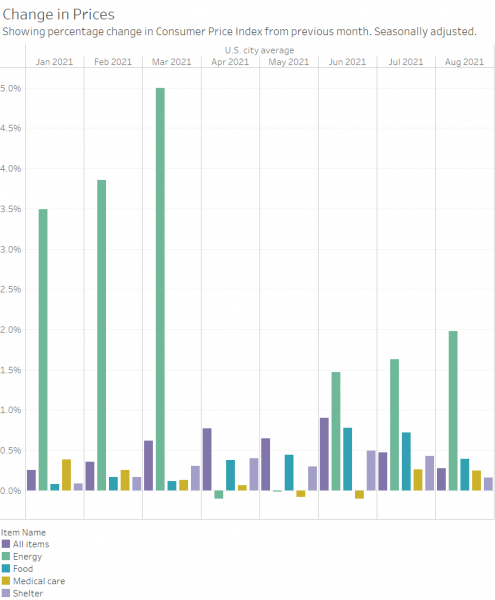 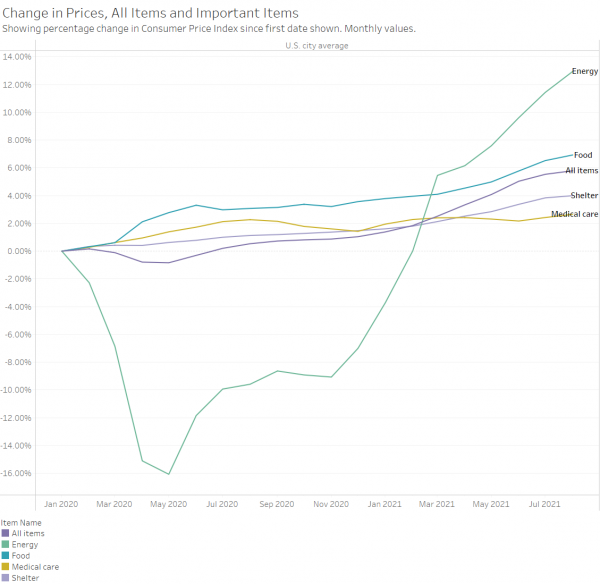