In the third quarter of 2018, the Kansas economy grew at the annual rate of 2.3 percent, down from 4.7 percent the previous quarter.

In the third quarter of 2018, the Kansas economy grew at the annual rate of 2.3 percent in real (inflation-adjusted) dollars, according to statistics released today by Bureau of Economic Analysis, a division of the United States Department of Commerce. GDP for the quarter was at the annual rate of $165,415 million.

The rate of 2.3 percent ranked thirty-eighth among the states. In the second quarter of 2018, Kansas GDP was seventh-best in the country.

Quarterly GDP growth for states can be volatile, as shown in the nearby chart.

For Kansas, industries that differed markedly from the nation include agriculture, durable goods manufacturing, real estate and rental and leasing, and government and government enterprises. 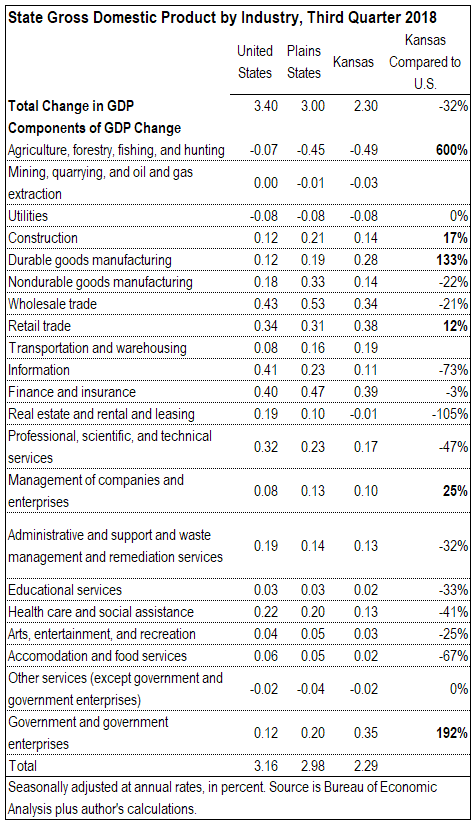