Employment in Kansas continues to grow, but slower than the nation.

Data released today from the Bureau of Labor Statistics, part of the United States Department of Labor, shows a mostly improving jobs picture for Kansas in January 2019.

Over the year (January 2018 to January 2019), the Kansas labor force is up by 0.7 percent, also rising slightly over the past three months.

The number of unemployed persons rose from December 2018 to January 2019, rising by 931 persons, or 1.9 percent. The unemployment rate was 3.4 percent in January, down from 3.5 percent from one year ago, but up by 0.1 percentage points from December. This is because the labor force grew by a larger proportion than did workers.

The number of Kansas nonfarm jobs for January 2019 rose by 14,300 or 1.0 percent over last January. This is using seasonally adjusted data. The non-adjusted figure is nearly the same at 14,000.

Using seasonal data, nonfarm employment in Kansas grew by 0.85 percent from January 2018 to January 2019. Over the same period, job growth in the nation was 1.68 percent. 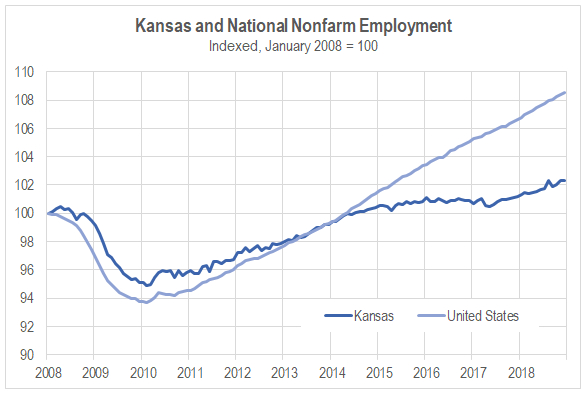 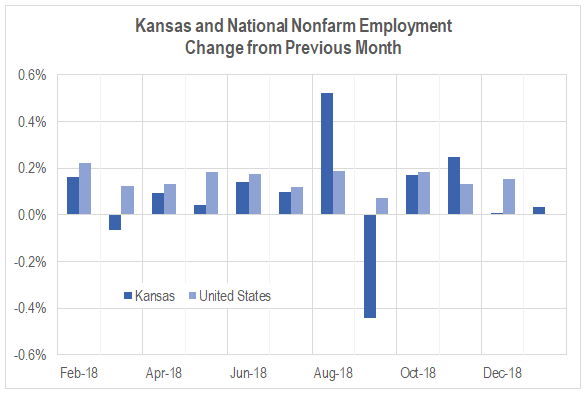