Employment in Kansas shows a seasonal decline for February 2019.

Data released this week from the Bureau of Labor Statistics, part of the United States Department of Labor, shows a decline in jobs in Kansas for February 2019.

Over the year (February 2018 to February 2019), the Kansas labor force is up by 0.4 percent, with only small changes over the past three months.

The number of unemployed persons rose from January 2019 to February 2019, rising by 301 persons, or 0.0 percent. The unemployment rate was 3.4 percent in February, down from 3.5 percent from one year ago, and the same as January.

The following chart shows the change in nonfarm jobs over the same month one year ago. For the past several years the line for Kansas has been below the line for the nation, meaning jobs were growing slower in Kansas. Recently, however, the gap between the lines is smaller. 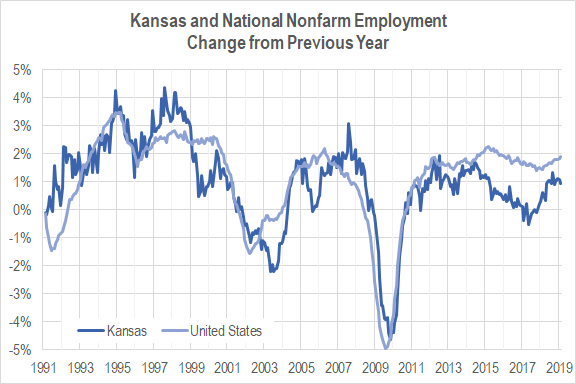 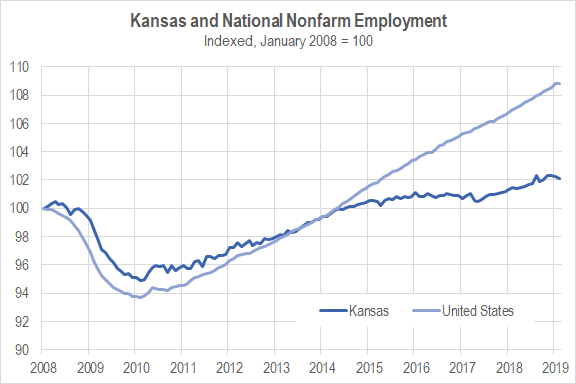 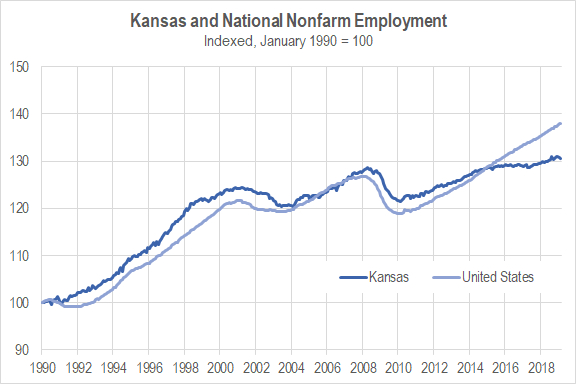 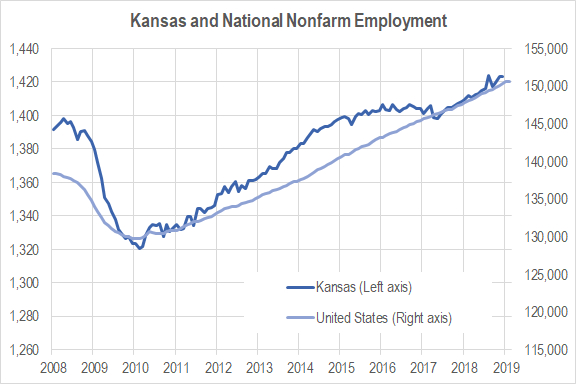 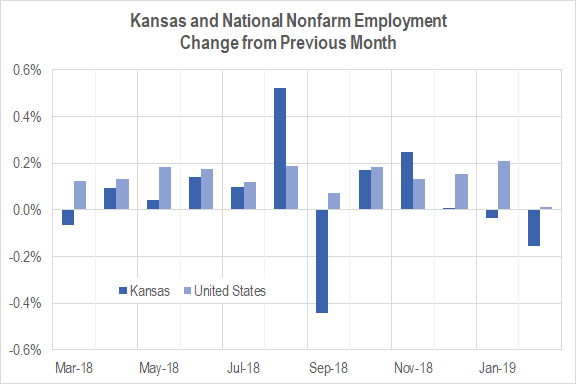 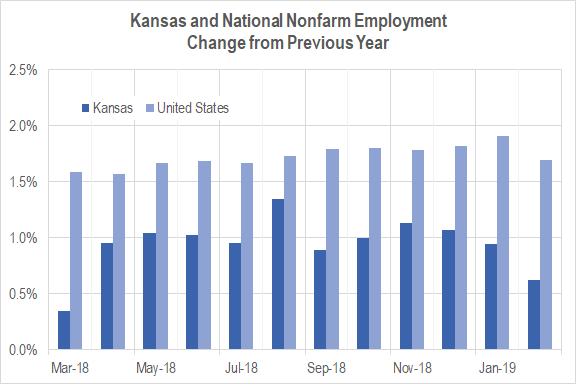