Employment in Kansas continues to grow in April 2019, but continues a trend of slower growth than the nation. The labor force is smaller.

Data released today from the Bureau of Labor Statistics, part of the United States Department of Labor, shows rising employment in Kansas for April 2019.

Over the year (April 2018 to April 2019), the Kansas labor force is up by 0.3 percent using seasonally adjusted data, with declines of 0.1 percent and 0.2 percent over the last two months. Non-seasonal data shows a decline of 7,033 (0.5 percent) in the labor force over the year.

The number of unemployed persons fell from March 2019 to April 2019 by 331, or 0.6 percent. The unemployment rate was 3.5 percent in April, up from 3.4 percent from one year ago, and unchanged from March.

Looking at annual job growth on a monthly basis shows Kansas averaging 0.94 percent over the past 12 months, while the rate for the nation is 1.75 percent. 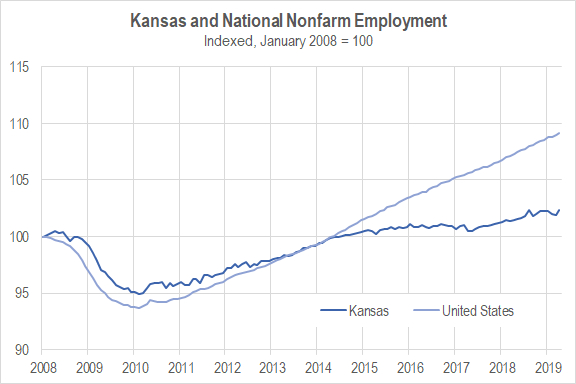 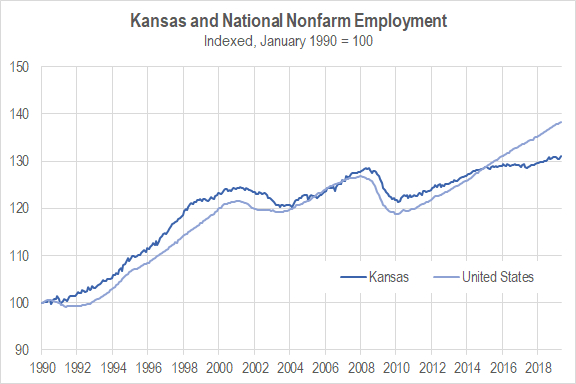 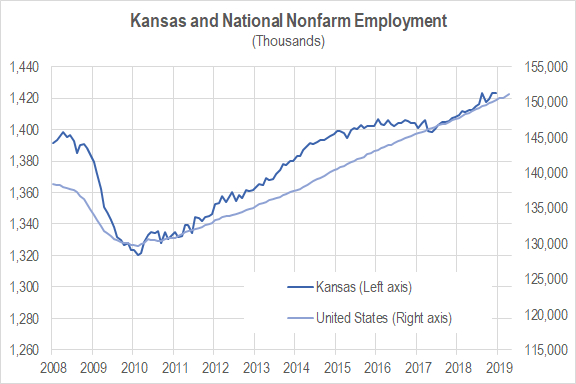 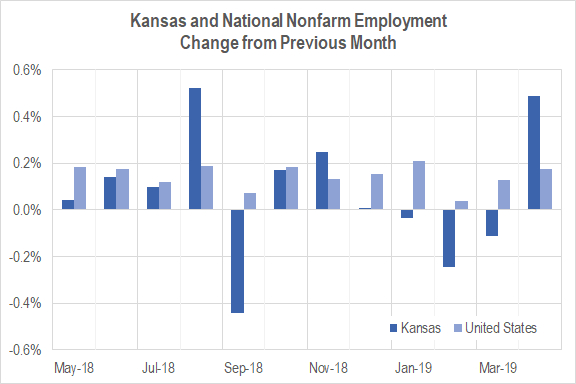 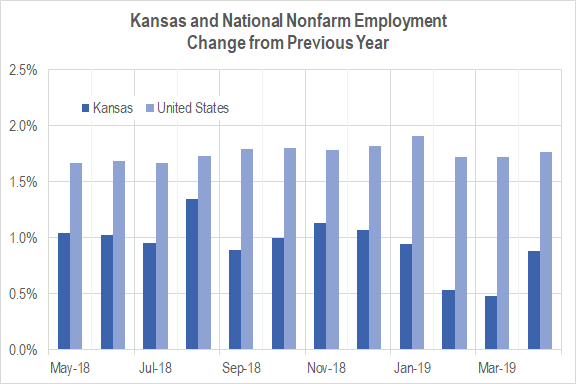 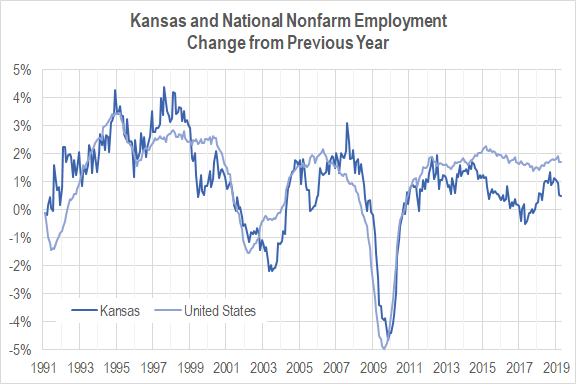