Employment and the labor force rose in Kansas in August 2019 compared to the two previous months. Kansas employment continued a trend of lower growth than the nation over the year, but has been stronger in recent months.

Data released yesterday from the Bureau of Labor Statistics, part of the United States Department of Labor, shows an improving picture for employment in Kansas for August 2019. (Click charts and tables for larger versions.)

The number of unemployed persons fell from July 2019 to August 2019 by 1,005, or 2.1 percent. The unemployment rate was 3.3 percent in August, down 0.1 percentage points from one year ago, and down the same amount from July. 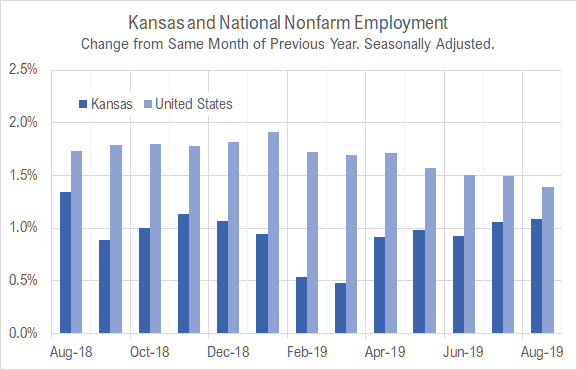 In the following chart showing job changes from the previous month, Kansas has outperformed the nation four of the past five months. 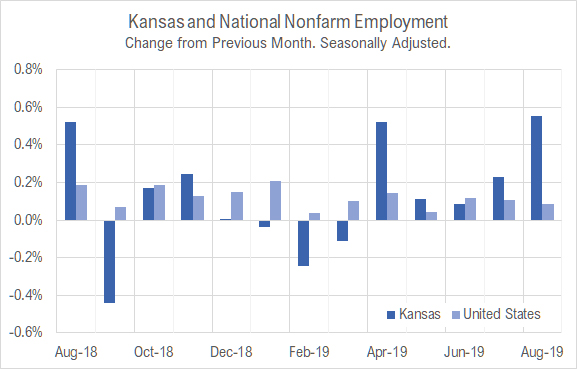 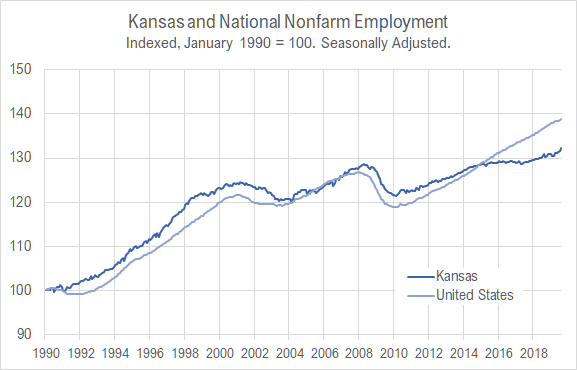 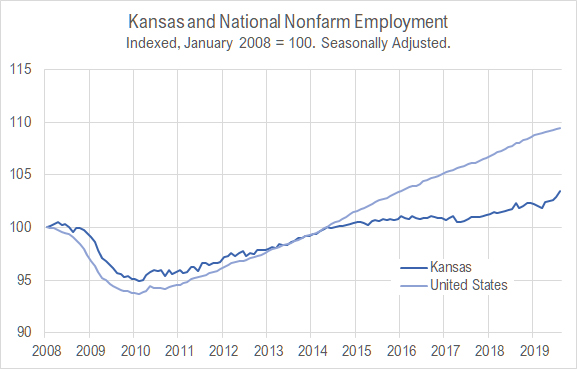 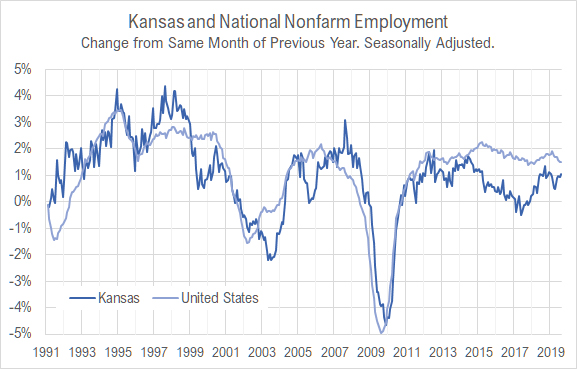