Employment fell and the labor force rose, both by small amounts, in Kansas in October 2019 compared to the prior month. Kansas continues to perform well in year-over-year growth when compared to the nation.

Data released last week from the Bureau of Labor Statistics, part of the United States Department of Labor, shows a mostly improving picture for employment in Kansas for October 2019. (Click charts and tables for larger versions.)

In the following chart of showing job changes from the same month one year ago, Kansas is always below the national rate, although for September 2019 Kansas nearly met the national rate. The recent trend shows Kansas doing well compared to the nation. 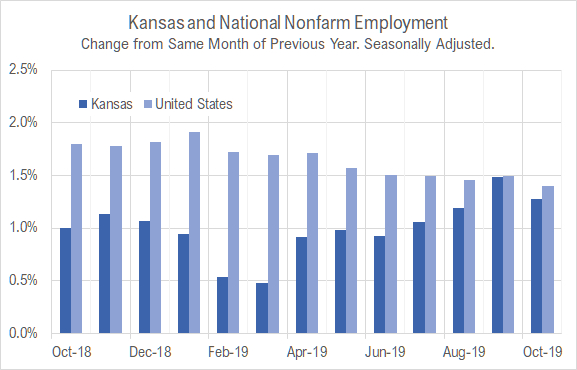 In the following chart showing job changes from the previous month, Kansas has outperformed the nation in some months, but has fallen slightly recently. 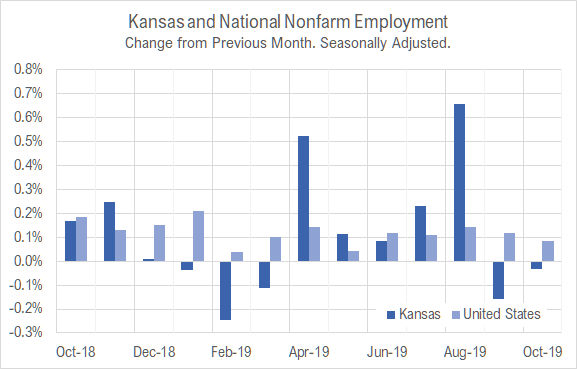 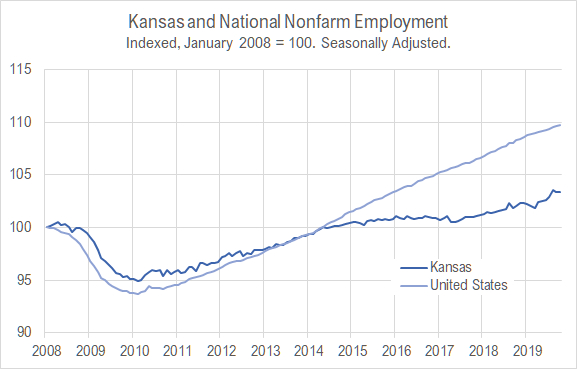 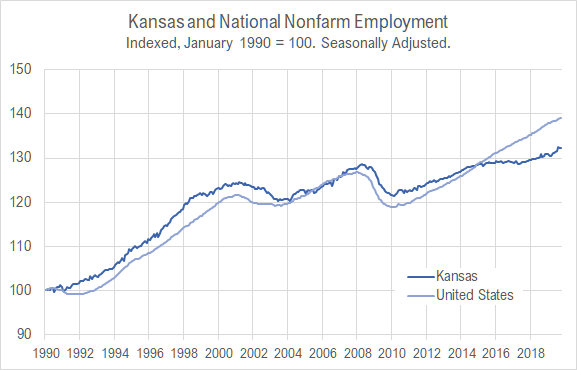 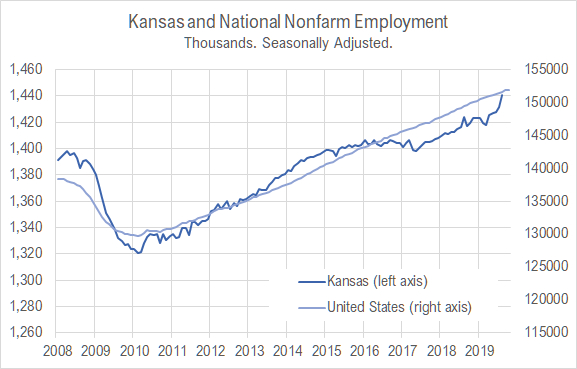 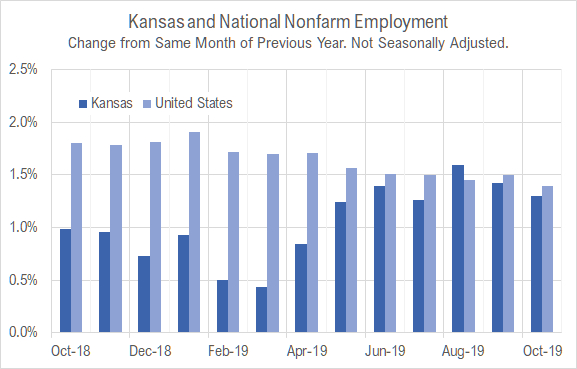 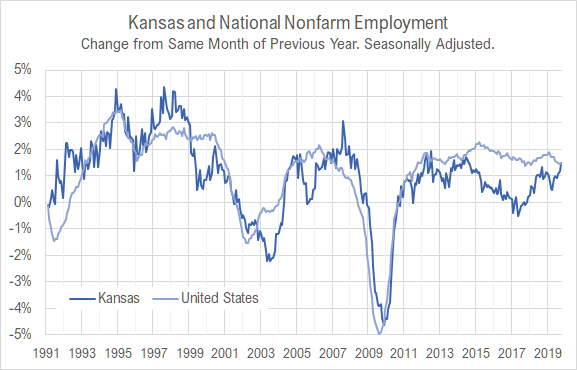