In Kansas for November 2020, the labor force grew while the number of people working fell, resulting in a rise in the unemployment rate.

Data released today from the Bureau of Labor Statistics, part of the United States Department of Labor, shows a declining employment picture in Kansas for November 2020.

The Kansas economy had been adding jobs each month since May, but there was a decline in September. The rise in October overcame September’s loss, but jobs were lost in November. There are now 2,600 fewer jobs in Kansas than in August. The national economy added jobs, although a small number, and less than previous months since the pandemic started.

In the following chart showing job changes from the previous month, the magnitude of the changes in April through August overwhelms the other months. Note the loss of jobs for Kansas in September followed by the rise in October and the small loss in November. 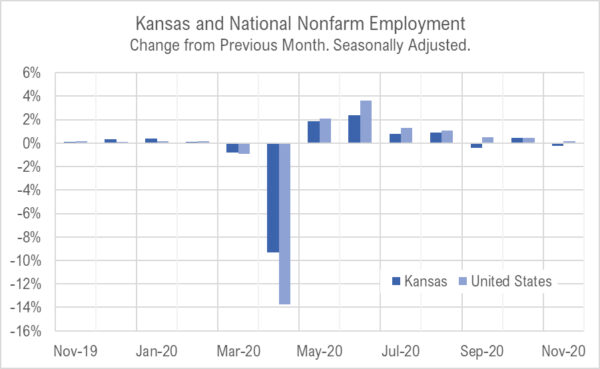 In the following chart of job levels from the same month one year ago, the November figures show the loss of jobs reversing course in Kansas. 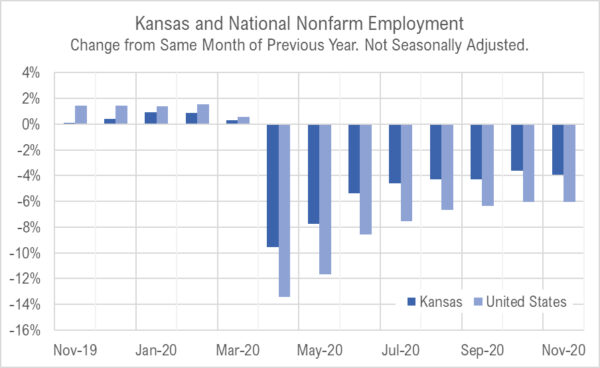 In the following chart of unemployment rates, we see that the rate in Kansas is lower than the national rate, both before and after the pandemic. The gap is becoming smaller with the rise in the unemployment rate for Kansas in November. 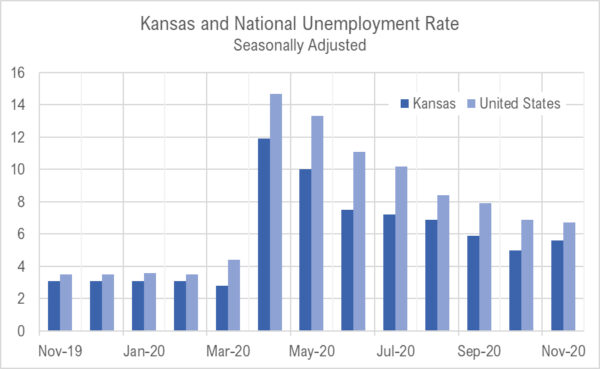 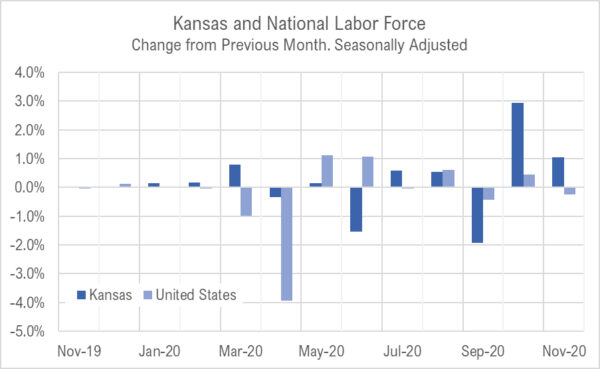 The June release contained figures for industry groups. The following chart shows the number of employees in November 2019 and November 2020. 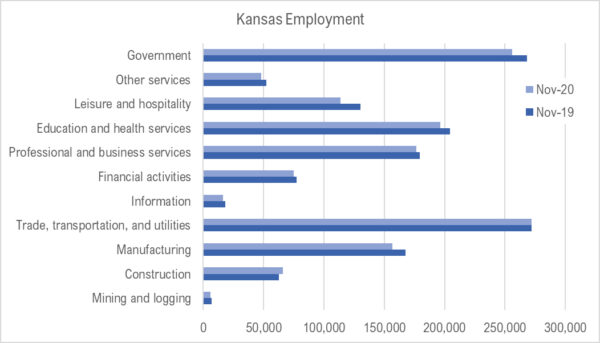 This chart uses the same data, showing the percent change from November 2019. The Leisure and hospitality category is still the lowest, proportionally, followed by Mining and logging and Information. The only industry group to gain employees is Construction. (Note the horizontal scale is from positive to negative values when moving left to right.) 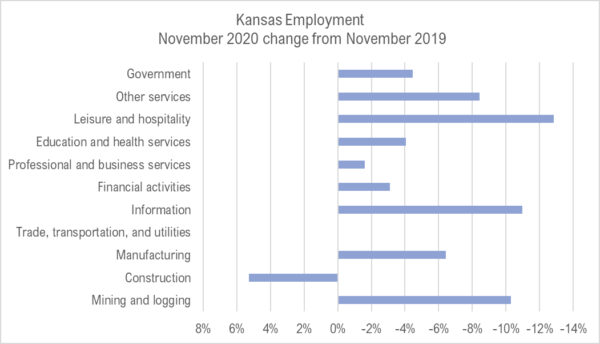 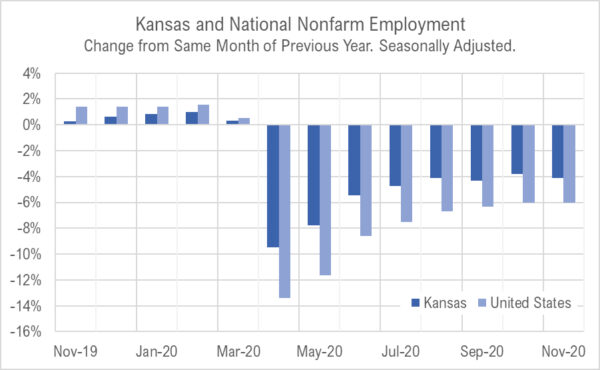 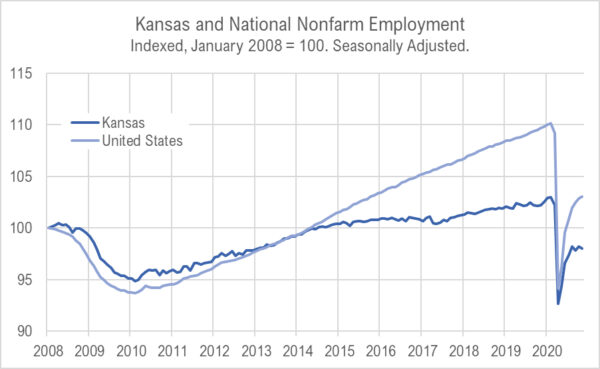 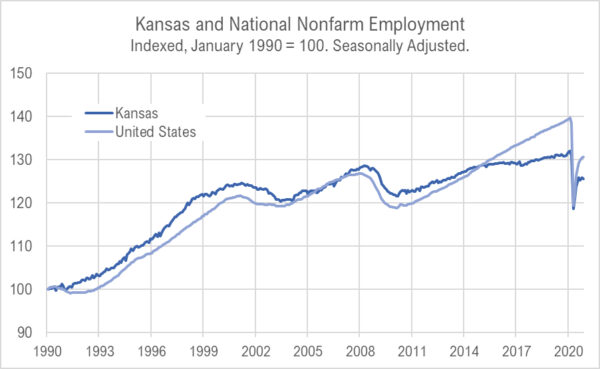 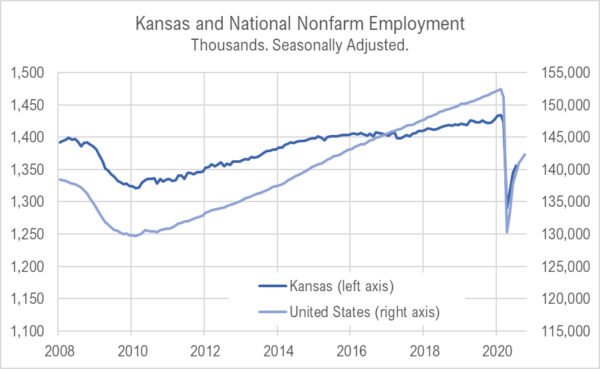 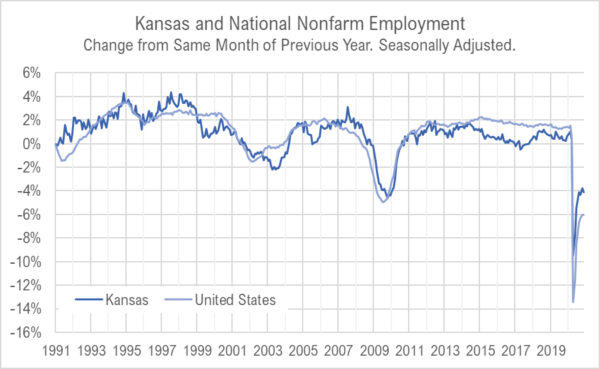