Kansas personal income grew in the third quarter of 2018, but slower than in most states.

Personal income in Kansas rose at an annual rate of 3.1 percent, while Plains States rose at 3.2 percent. (For this data, Plains States are Iowa, Kansas, Minnesota, Missouri, Nebraska, North Dakota, and South Dakota.)

The 3.1 percent rate in Kansas ranked 40th among the states. Over the period covered by this news release, Kansas personal income has grown more slowly than the nation. 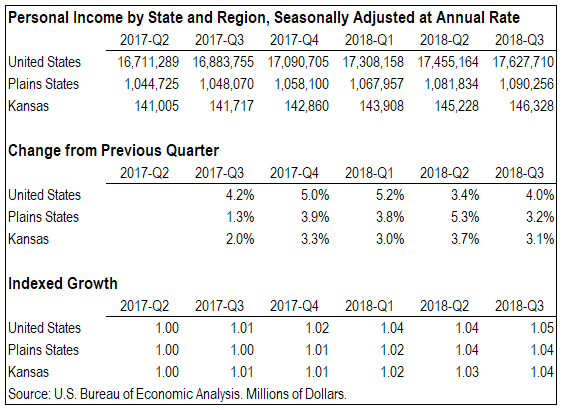 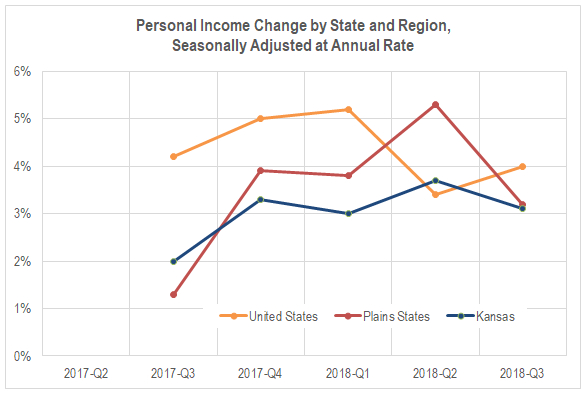 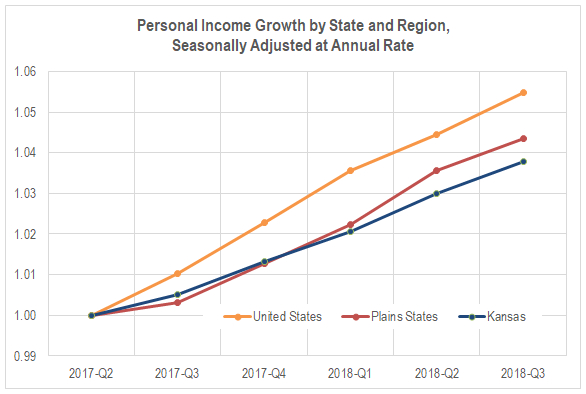