For the first quarter of 2022, Kansas personal income grew at the annual rate of 4.2 percent, ranking thirty-fourth among the states.

Recently the Bureau of Economic Analysis, an agency of the United States Department of Commerce, released state personal income data for the first quarter of 2022.

For Kansas, personal income in the first quarter of 2022 was $175,200 million, an increase of 4.6 percent from the fourth quarter of 2021. For the nation, the increase was 4.8 percent. (These values, while considering one quarter, are expressed as an annual rate, and are adjusted for seasonality.) For Plains states, the increase was 6.1 percent. (For this data, Plains States are Iowa, Kansas, Minnesota, Missouri, Nebraska, North Dakota, and South Dakota. The first quarter of the calendar year consists of January, February, and March.)

The results in Kansas for the fourth quarter ranked thirty-fourth among the states and District of Columbia. 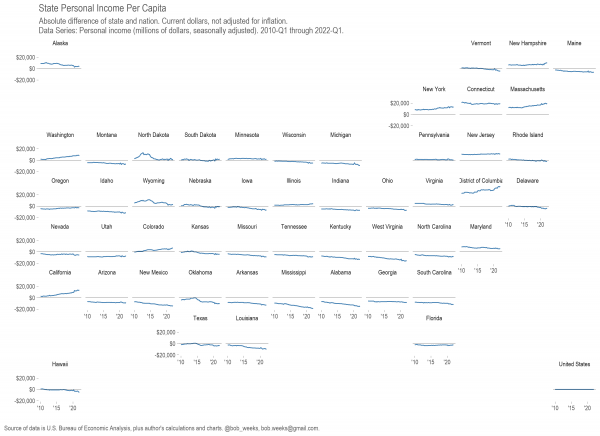 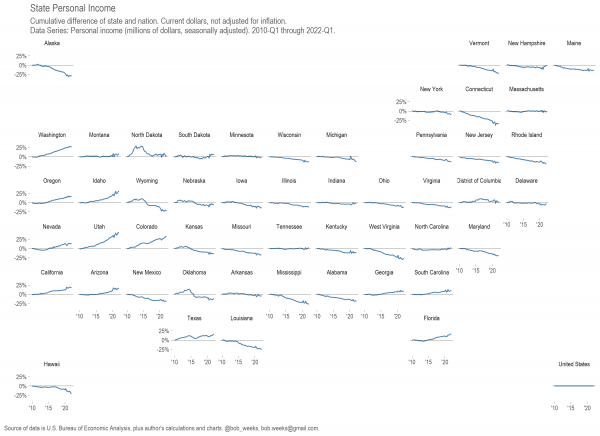 From the interactive visualization, chart 1b shows Kansas and some nearby states for the past three years. Only Oklahoma fares worse than Kansas. 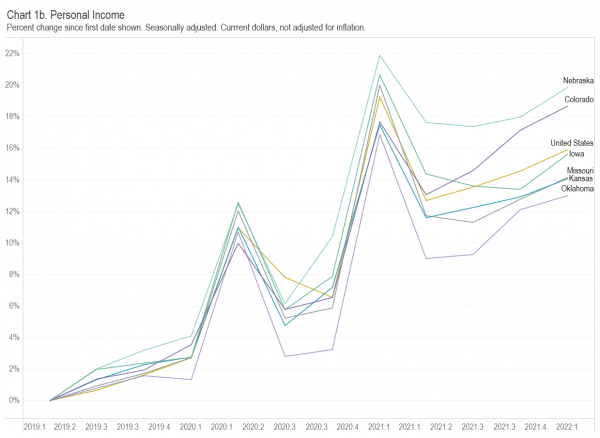