Among nearby states, Kansas collects a lot of taxes, on a per-resident basis.

The United States Census Bureau collects data from the states regarding tax collections. Some data is available for each quarter subdivided by category. 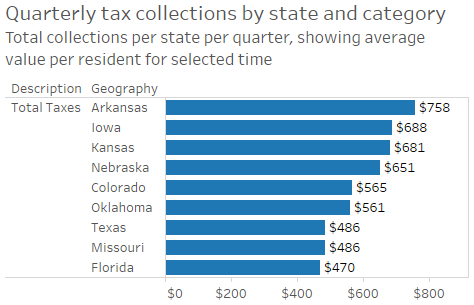 To learn more about this visualization and create your own, click here.