Migration trends in Kansas and the Nation

New U.S. Census Bureau data shows that Kansas continues to have low rates of domestic migration, with more people moving from Kansas than moving to the state.

Each year the United States Census Bureau provides estimates of the population of states. It also produces estimates of change due to natural causes such as birth and deaths, and movement due to migration. These values are provided in two ways: as counts and as rates per thousand state residents. 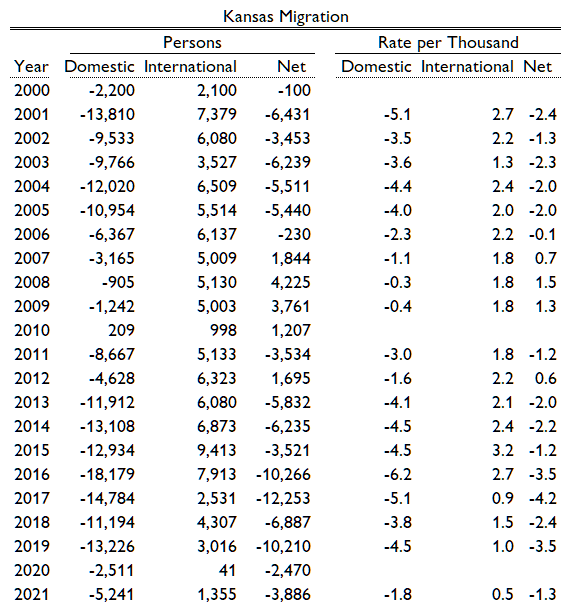 It is important to note these are estimates, not counts as in the decennial census.

In the nearby charts, we see that Kansas has a low rate of domestic migration, being negative in all years covered by this data. The negative rate means that more people move from Kansas than move to Kansas. 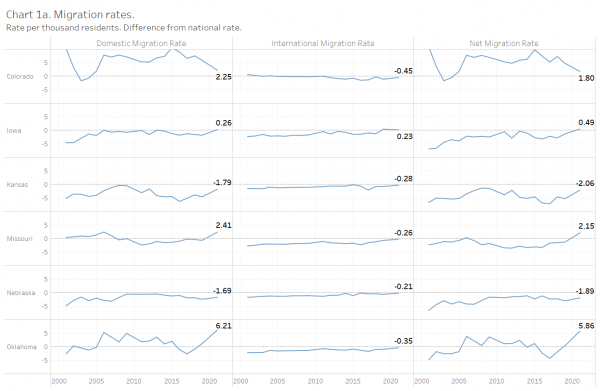 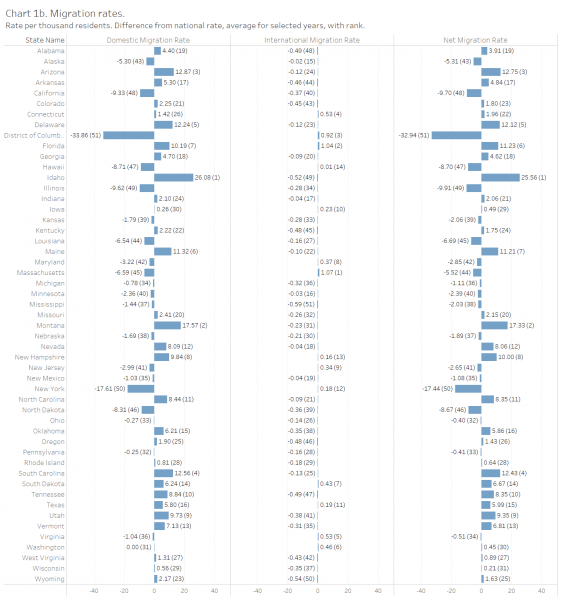 Comparing Kansas to the nation and nearby states, we see that Kansas has a lower domestic migration rate than most. Even among neighboring states, Kansas does not compare well. 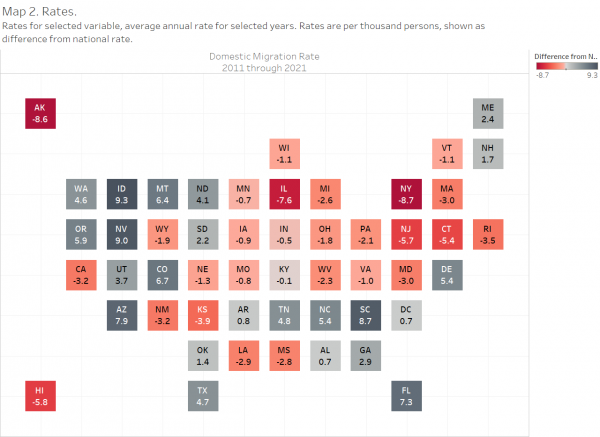 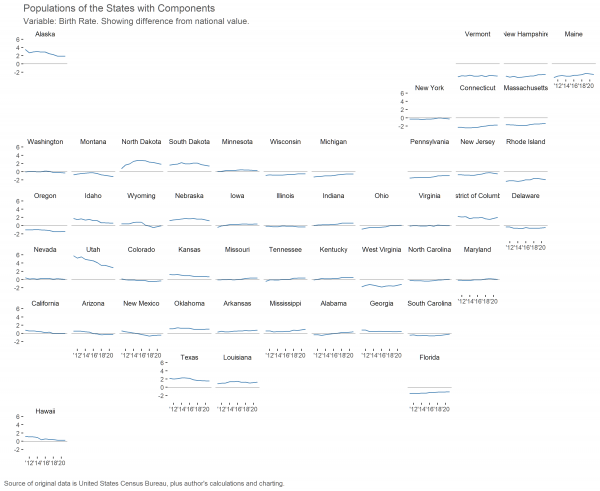 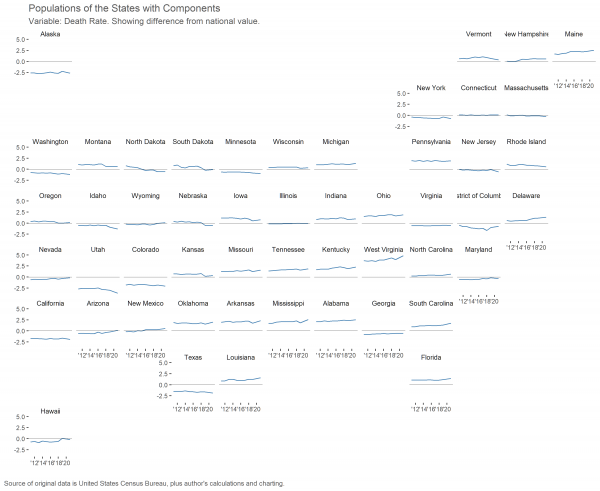 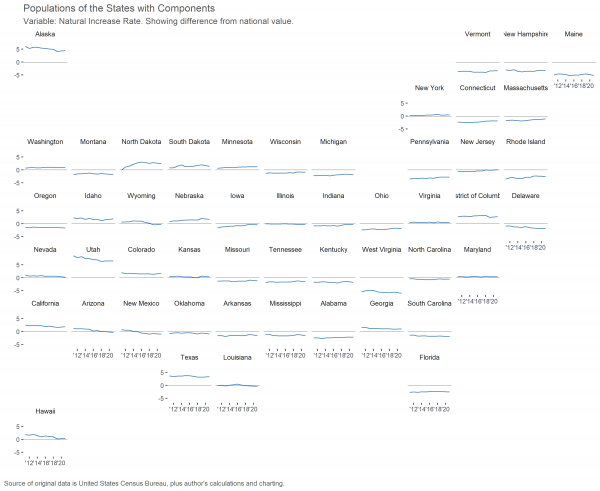 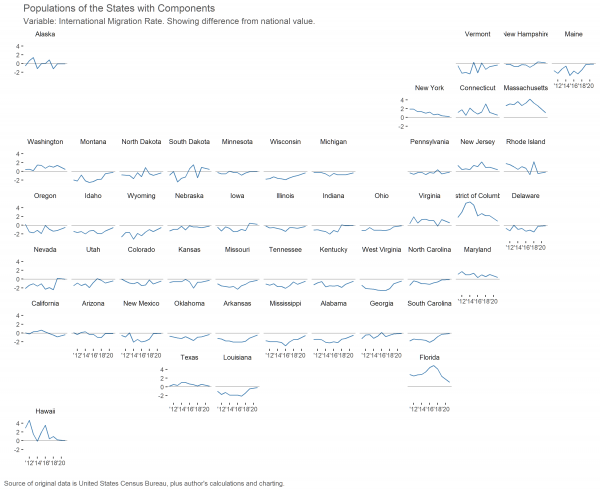 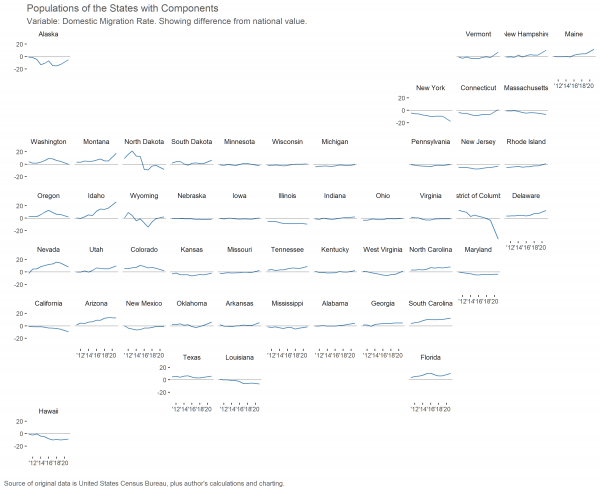 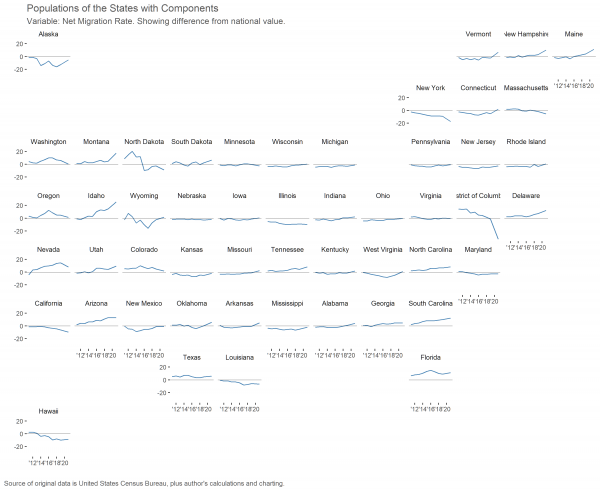