Monthly retail sales by state and major retail sector, in an interactive visualization.

The Bureau supplies the data as percent change from the same month one year prior. It does not include non-store retailers, meaning most of what Amazon sells is not reflected in this data. The data starts with January 2019 and is available through July 2021.

In the charts, you can easily observe the sharp drop in most retail sectors in the spring of 2020. In this example from chart 2, comparing Kansas to the nation for all industries, we can see two things: First, the drop in retail sales for April 2020 was not as severe for Kansas as for the nation, and a year later, the increase in Kansas was not as great.

Also from chart 2, an example showing Kansas, the nation, and several nearby states for several industry groups. This chart illustrates how different industries fared. When considering all industries, we see the dip in spring 2020, meaning sales for that time were lower than the previous year. Then we see months of no growth or small growth until spring 2021, where we see the “snap back.”

The sector “Sporting Goods, Hobby, Musical Instrument, and Book Stores” follows the same pattern, but the magnitude of the two changes is much larger.

I’ve constructed a series of charts for this month, one for each retail sector covered by this data. These charts show, for each state, the difference between the state and the nation. A state with a relatively flat line around zero indicates that the state closely followed the national trend. Click on an image to view and browse images. 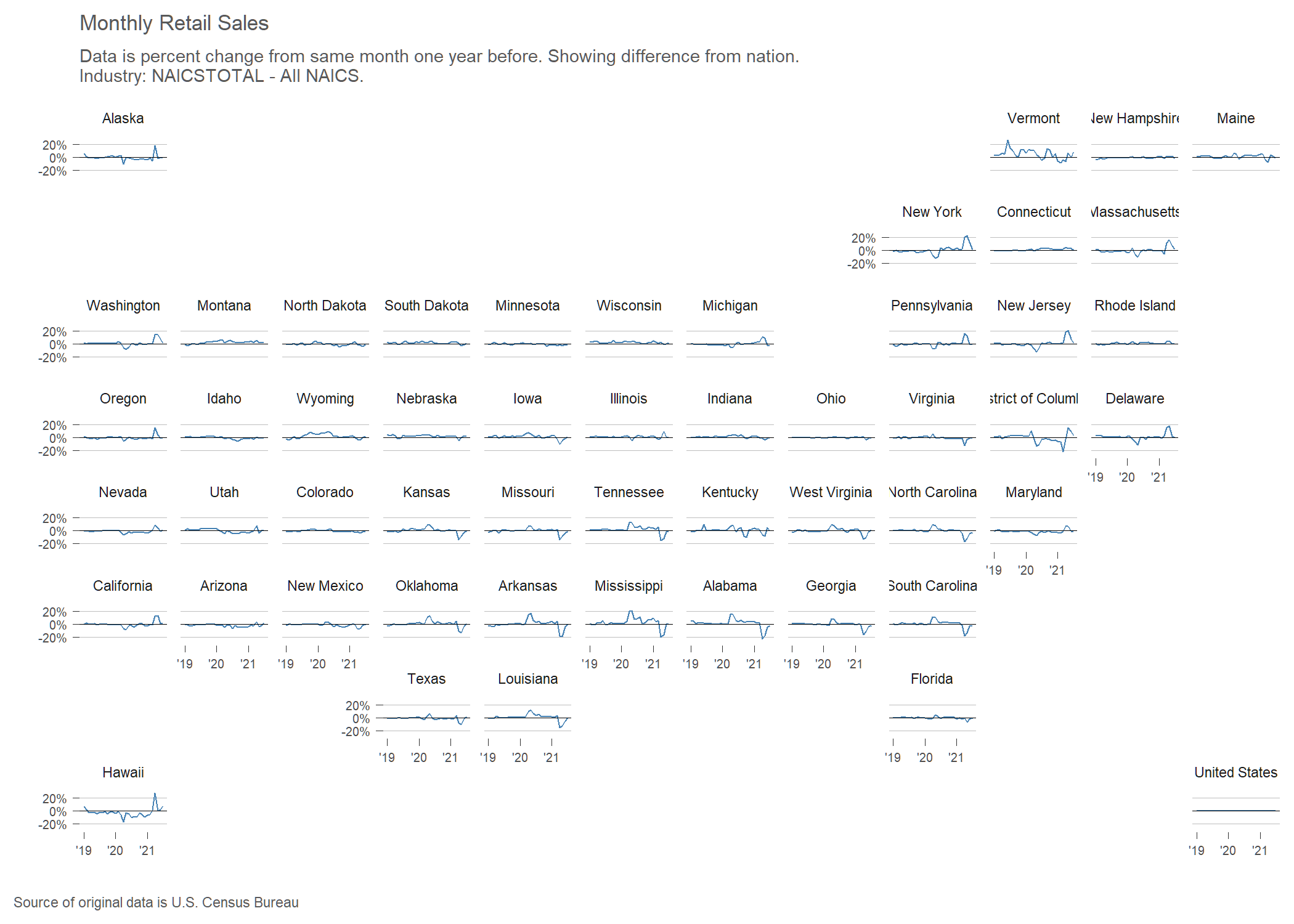 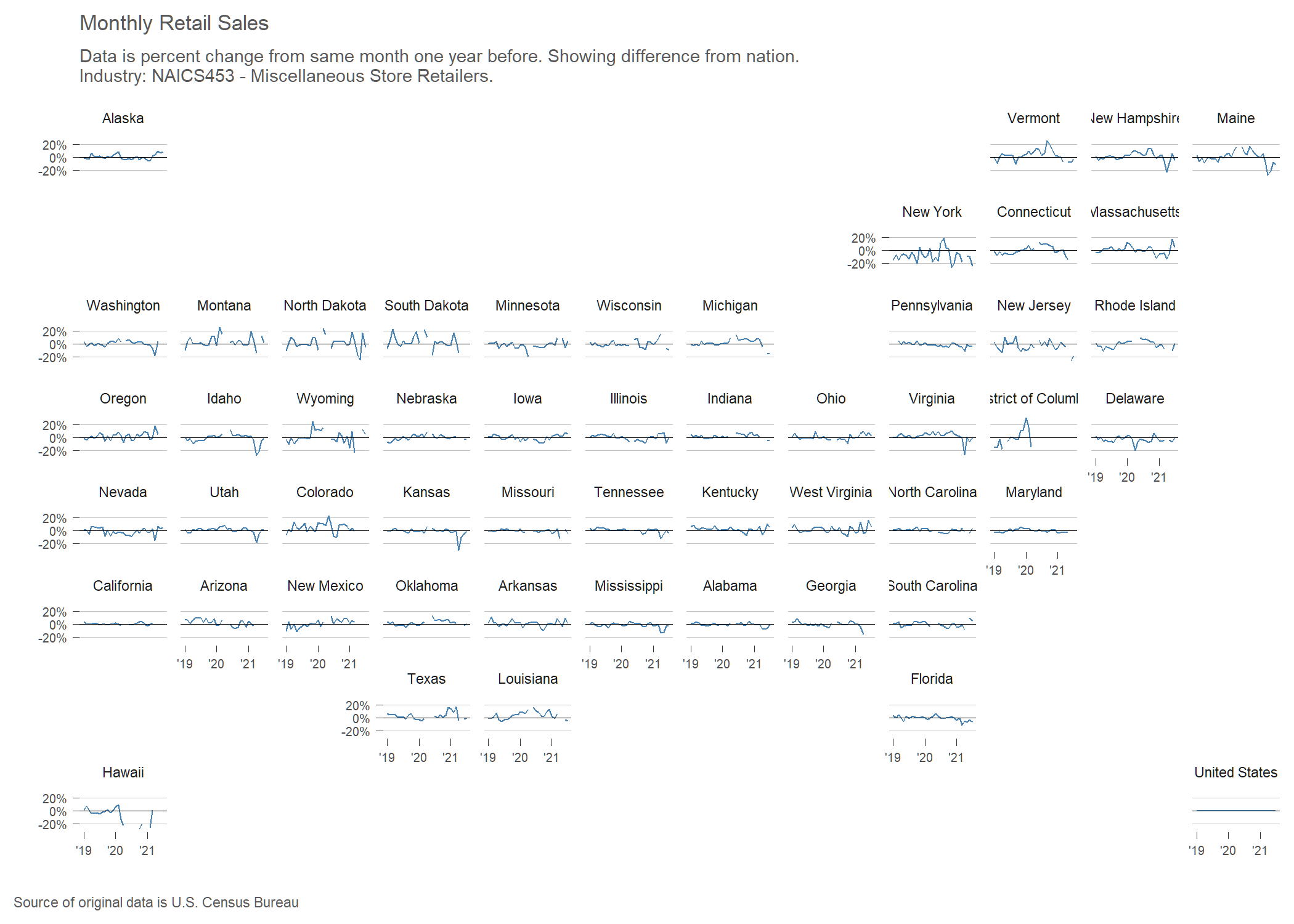 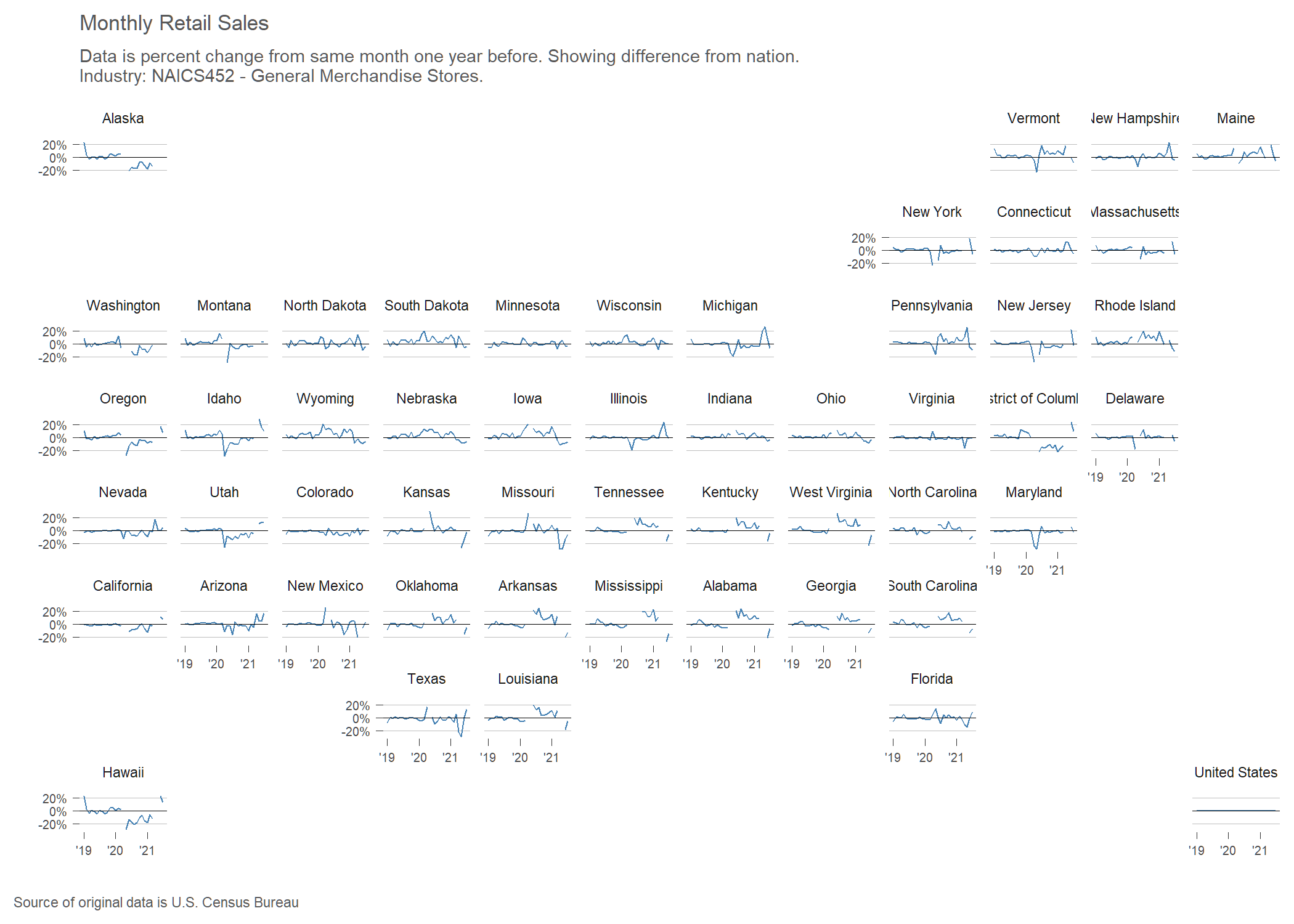 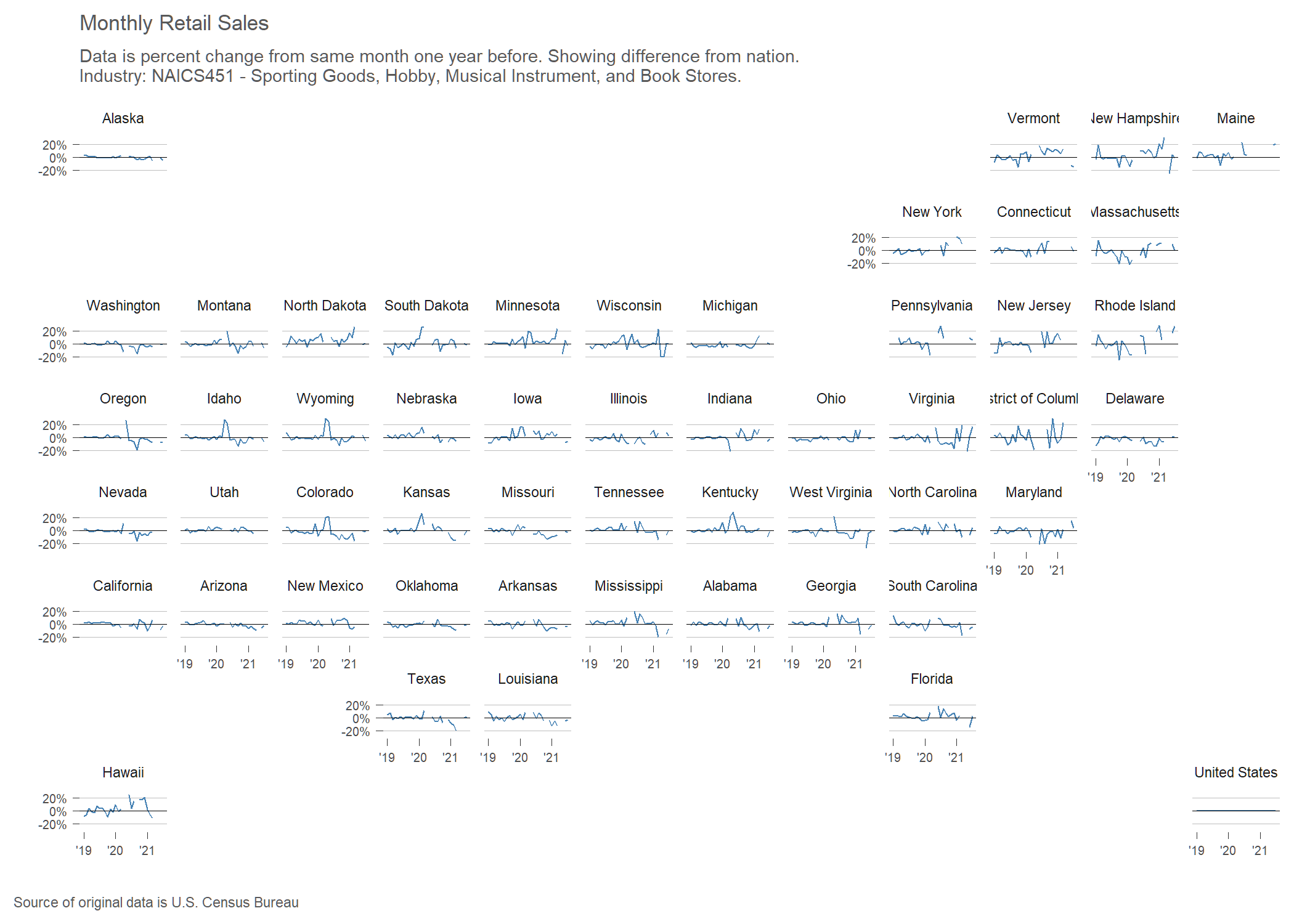 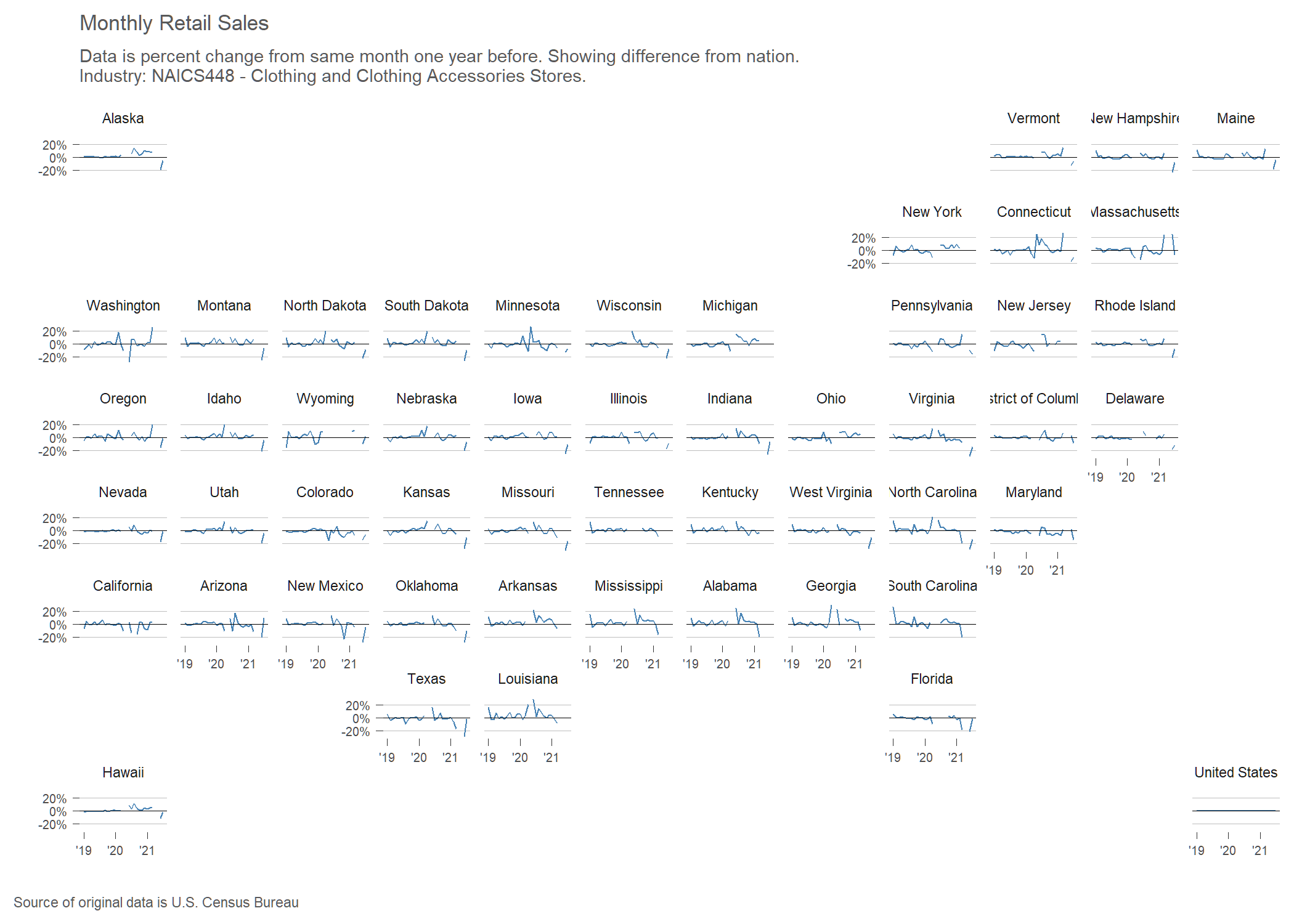 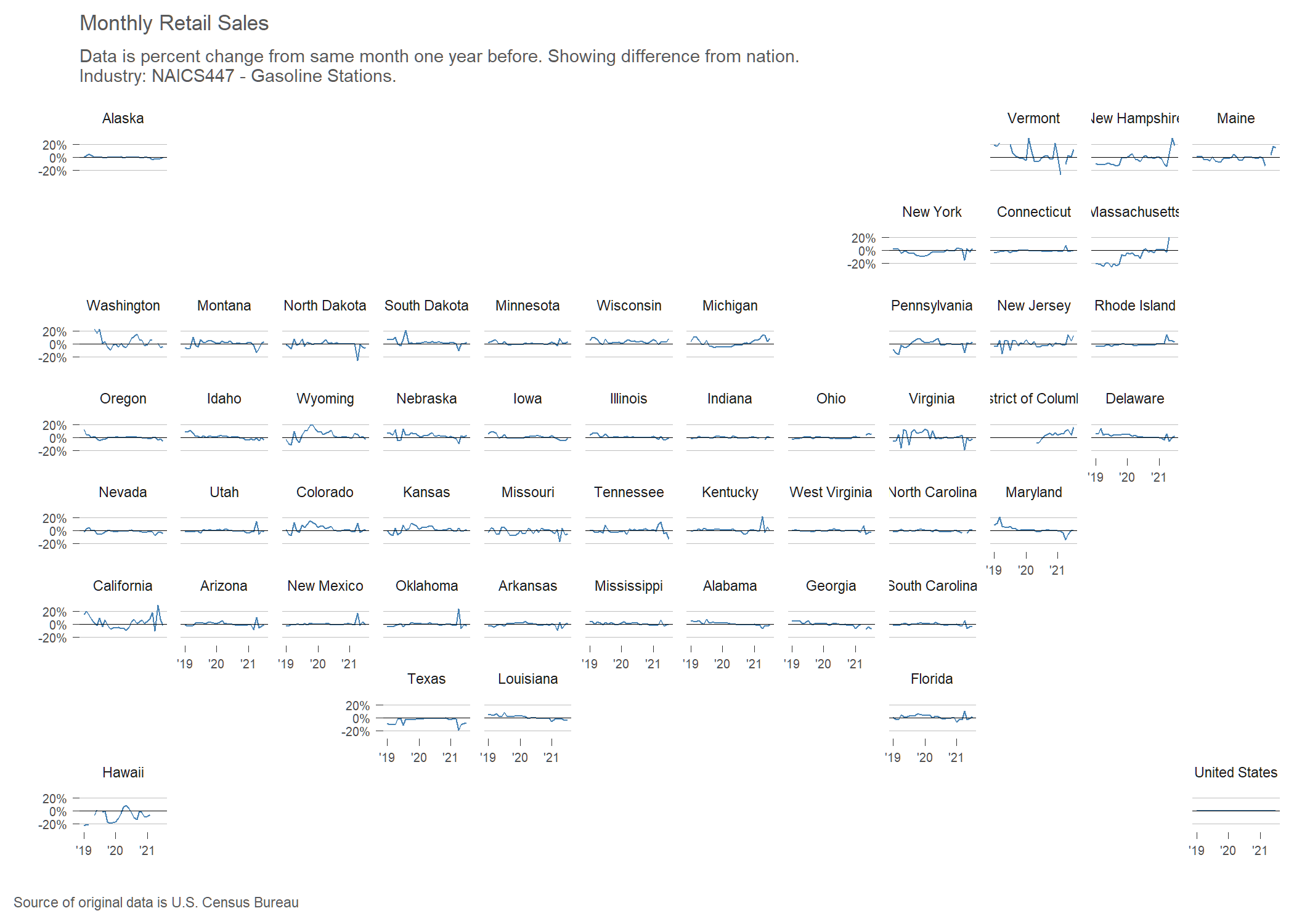 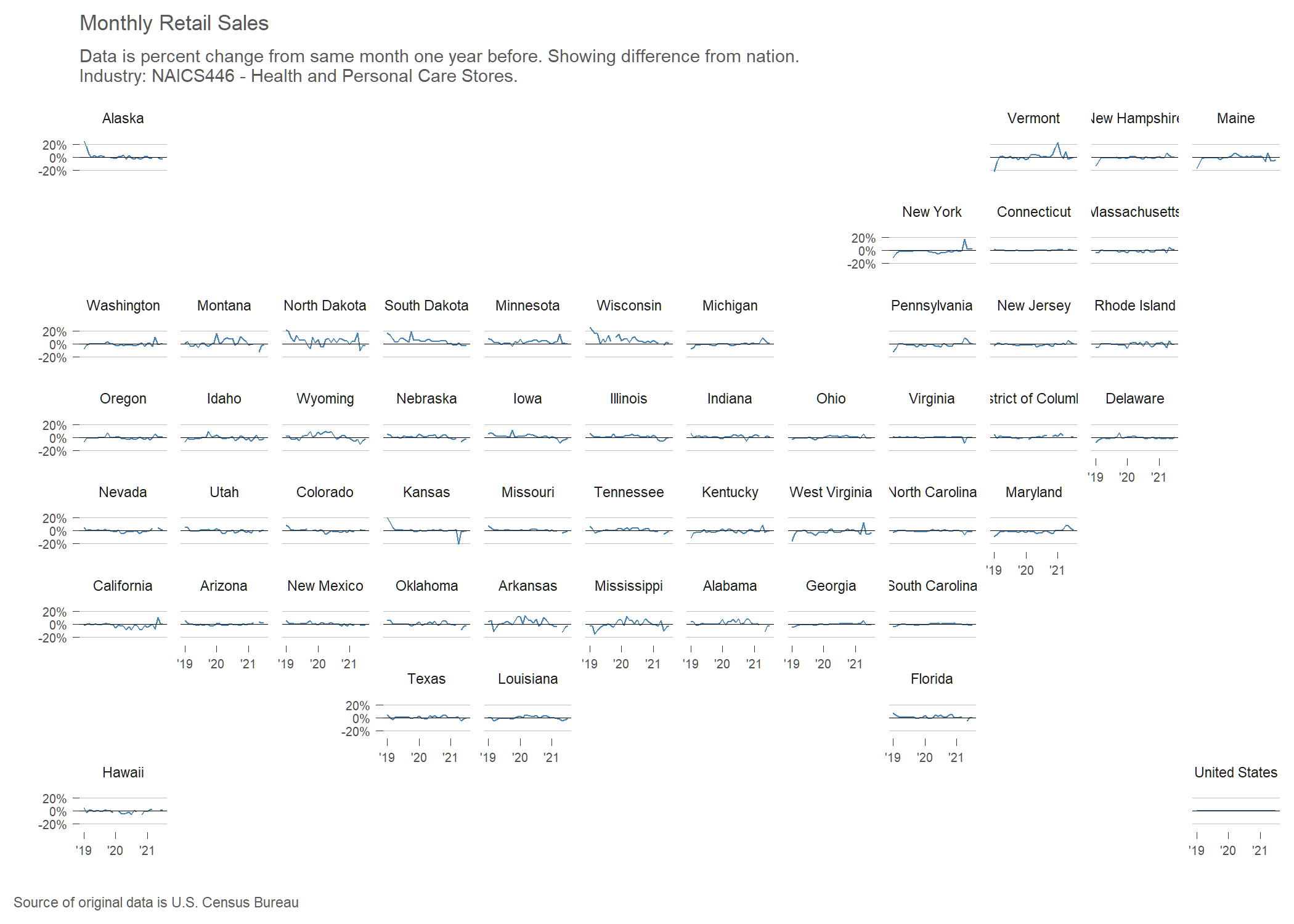 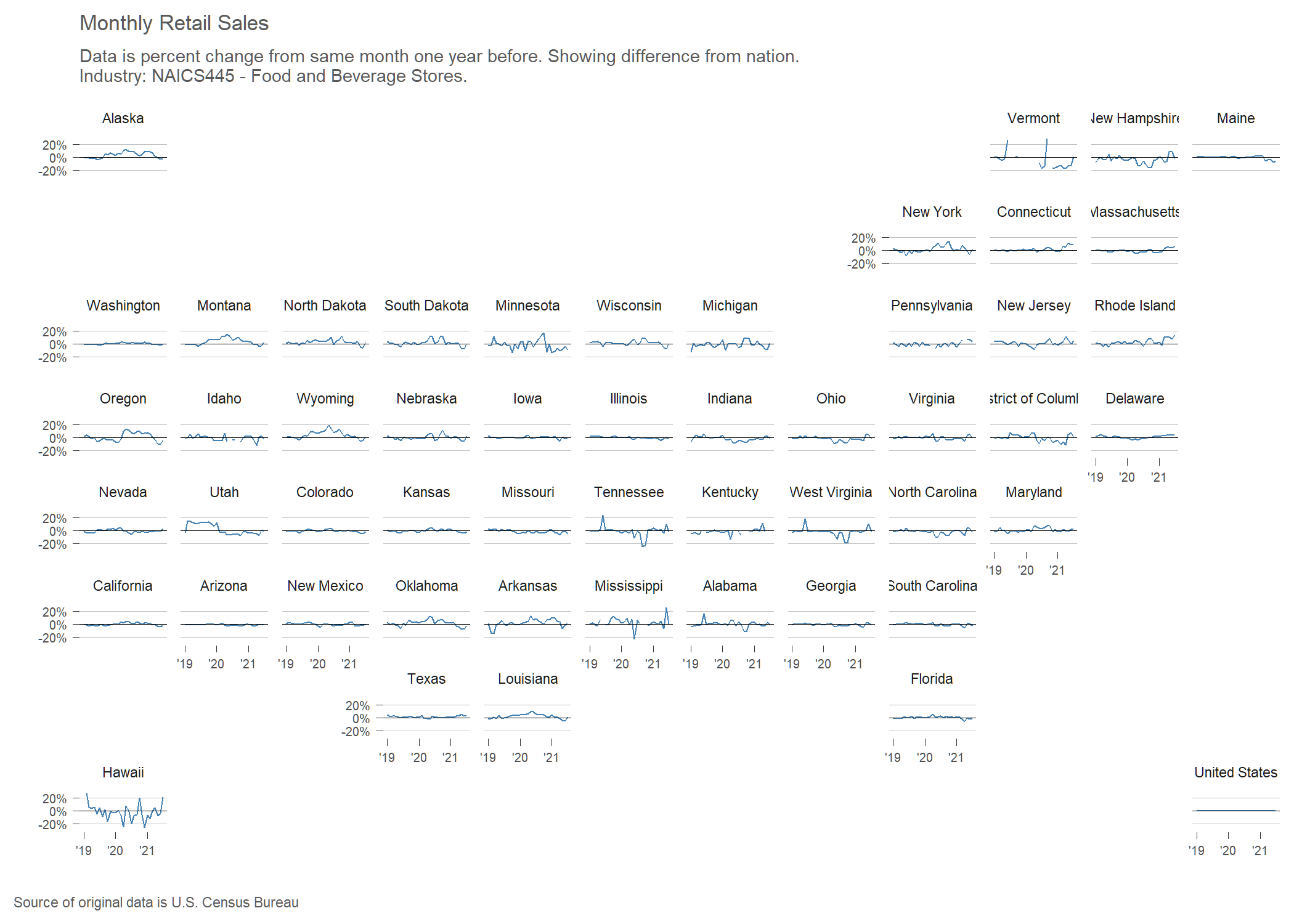 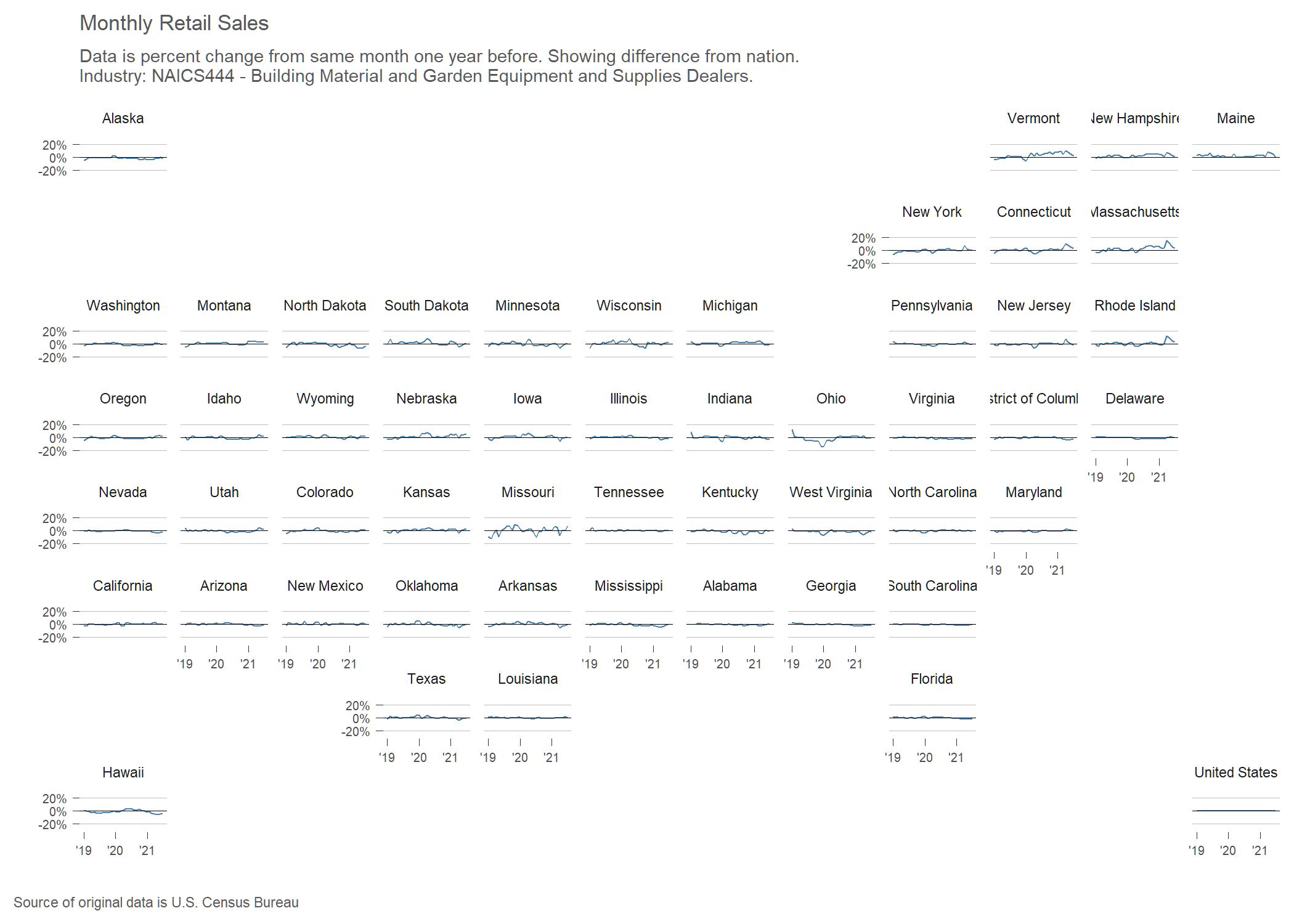 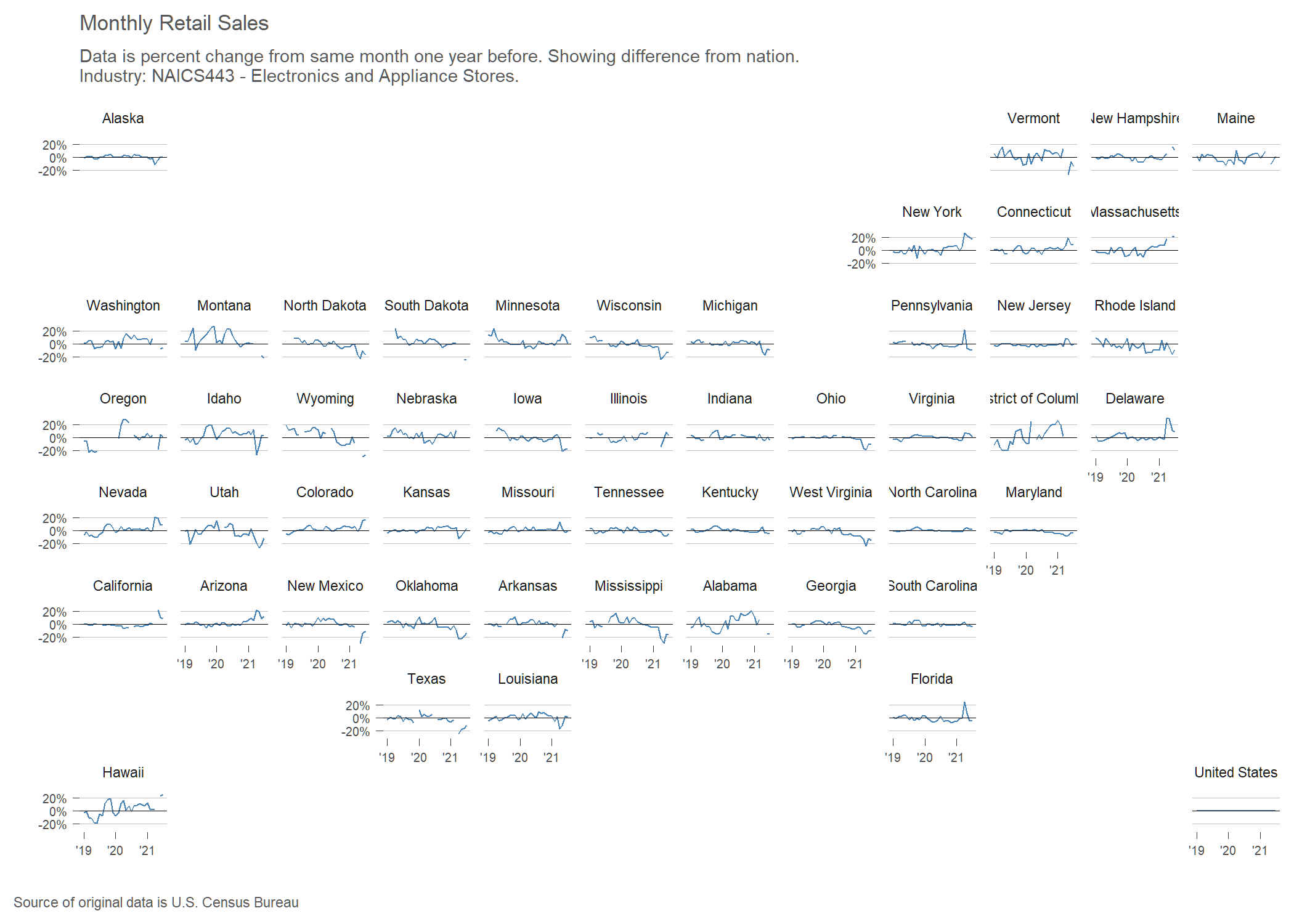 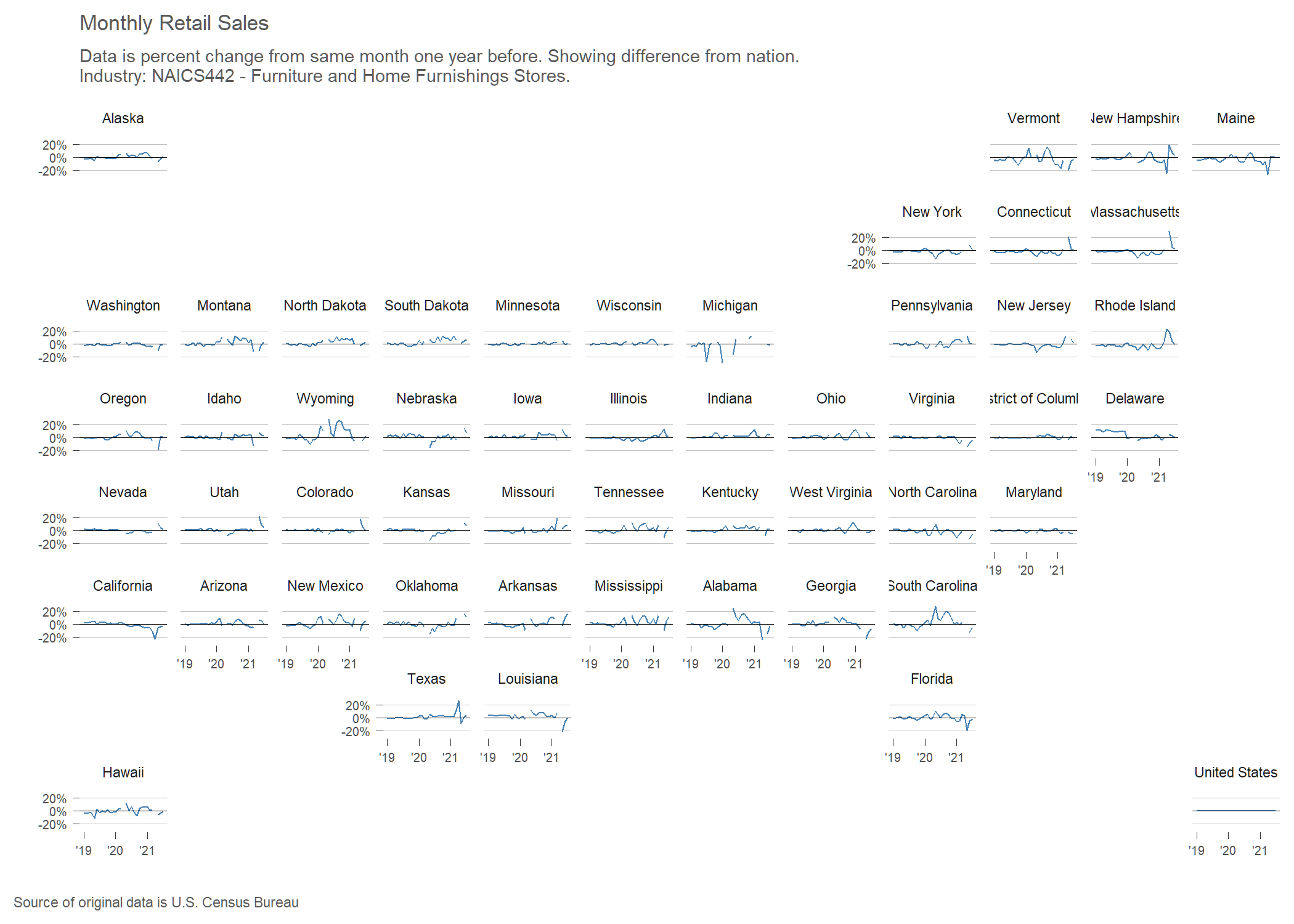 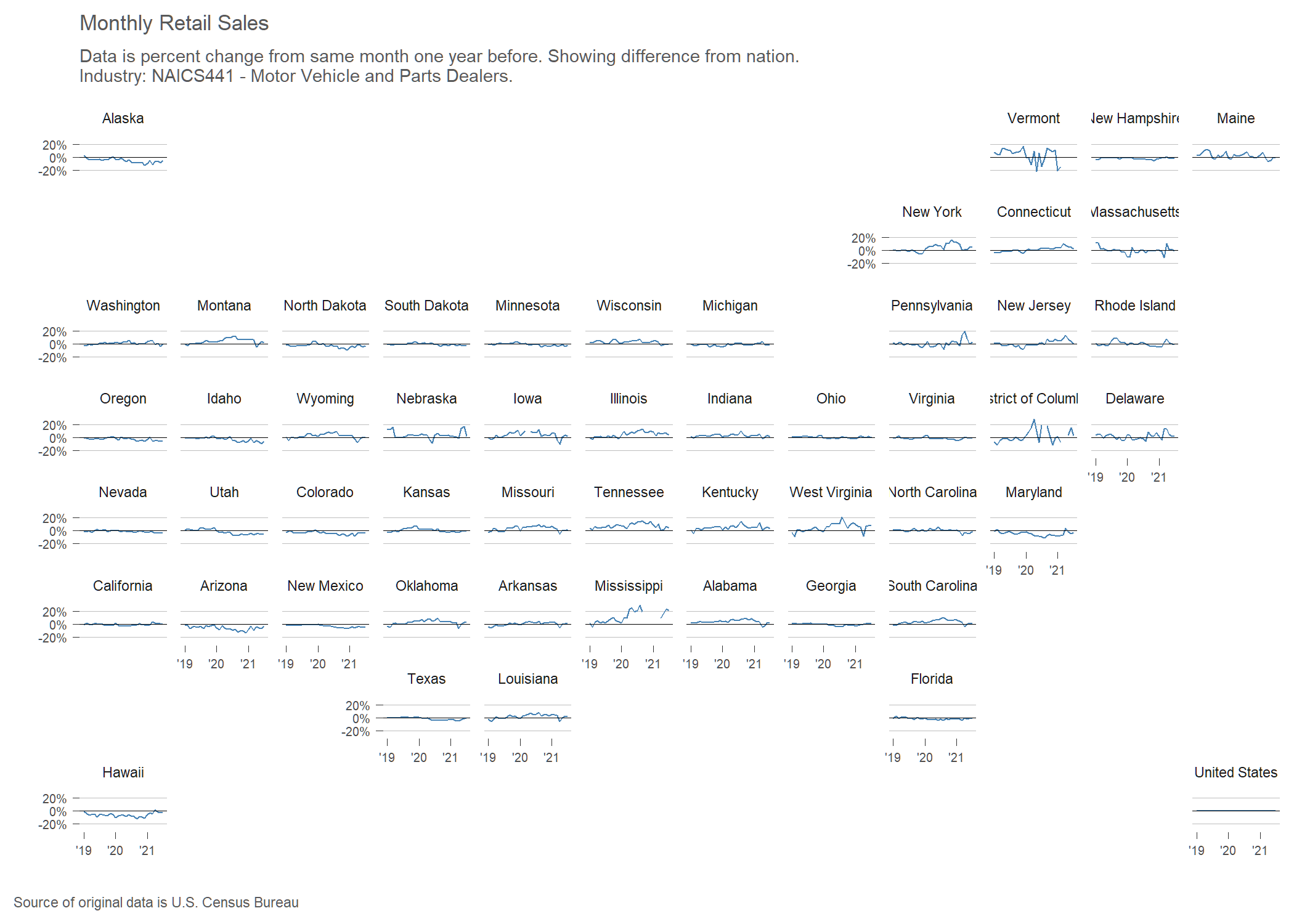