For the third quarter of 2022, Kansas personal income grew at the annual rate of 4.1 percent, ranking thirty-ninth among the states.

Recently the Bureau of Economic Analysis, an agency of the United States Department of Commerce, released state personal income data for the third quarter of 2022.

The results in Kansas for the fourth quarter ranked thirty-ninth among the states and District of Columbia.

From the interactive visualization, chart 1b shows personal income Kansas and some nearby states since January 2019. Oklahoma and Kansas are in last place. Chart 2b shows per capita personal income for the same states. Kansas is near the middle. 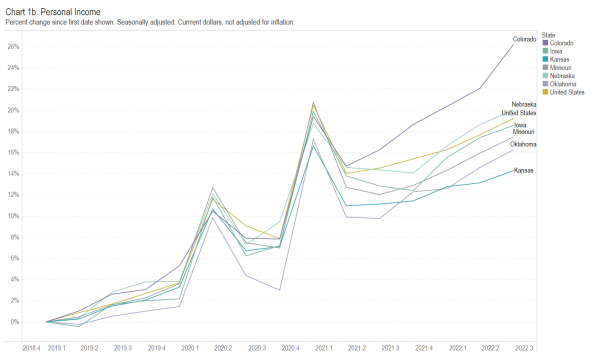 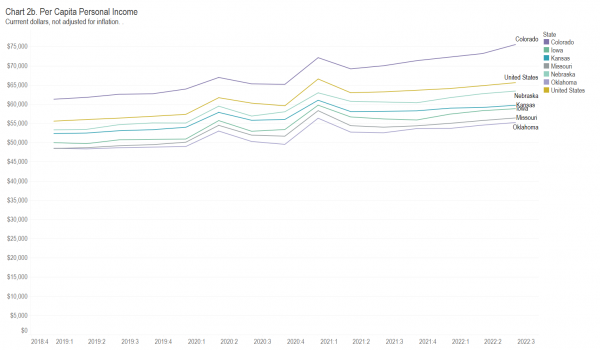 Because these charts show the difference between states and the nation, the large and swift changes during the pandemic and recovery do not appear. This is because the pandemic affected all states, although to varying degrees. 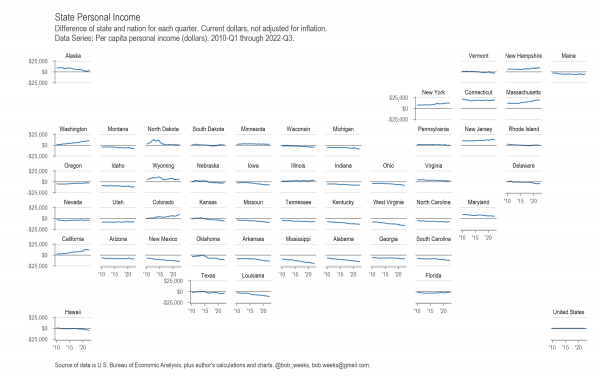 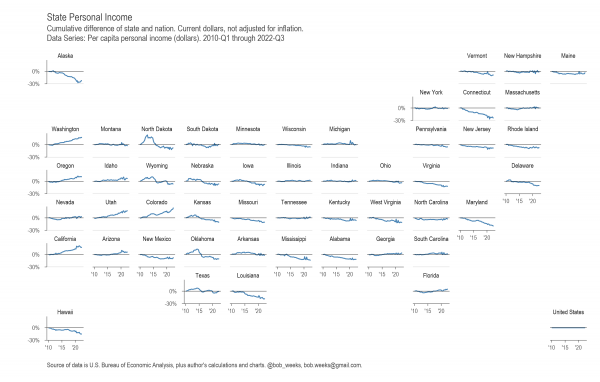 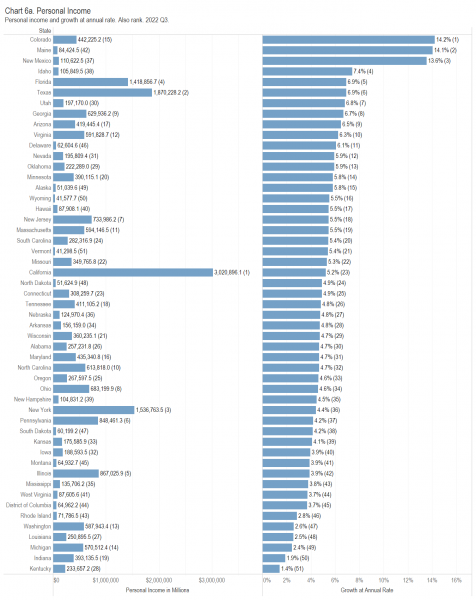 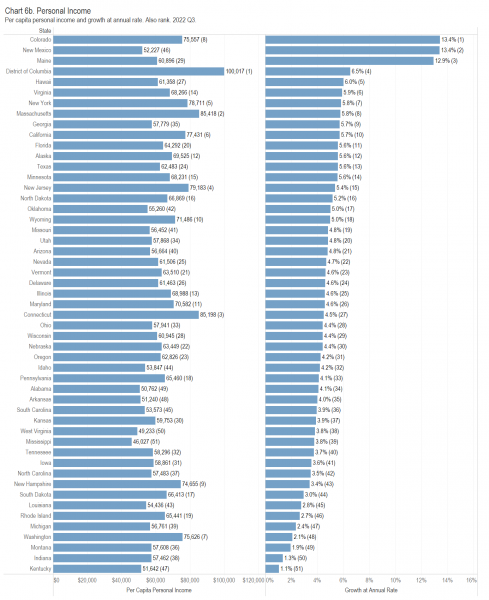