Today the Bureau of Economic Analysis released a new series of statistics. From the accompanying press release:

The new data are intended to provide a fuller description of the accelerations, decelerations, and turning points in economic growth at the state level, including key information about the impact of industry composition differences across states. Relative to the August 2014 release, the new prototype statistics incorporate new and revised source data and cover an additional year of economic activity.

Statistics for the first quarter of 2015 are not being released as BEA continues to evaluate its methodology based on data users’ comments and evaluations received after the first release of prototype quarterly GDP by state statistics last September.

I’ve gathered a subset of the data and present it in an interactive visualization. In this subset, I include only these industries: All industry, Private industry, and Government. Click here to open the visualization in a new window. 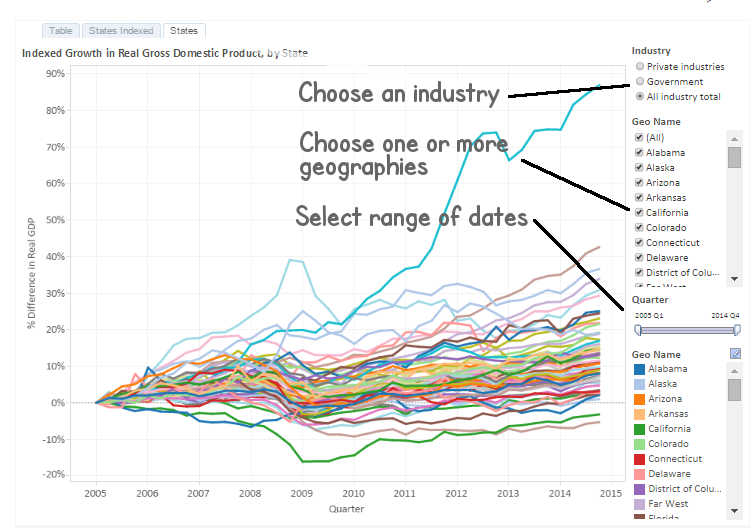