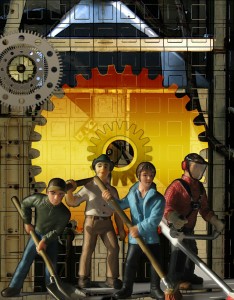 The states vary widely in levels of state government and local government employees, calculated on a per-person basis.

I gathered data from the U.S. Census Bureau for 2012, the most recent year available. Using Tableau Public, I created an interactive visualization. I show the full-time equivalent employees divided by the population for each state. Also, the annual payroll divided by population. (The Census Bureau supplies payroll data for only one month, the month of March, so I multiply by 12 to produce an approximation of annual payroll cost.)

By clicking on column headers or footers (“State,” “Annual payroll per person,” Full-time equivalent employees per person”) you can sort by these values.

Use the visualization below, or click here to open it in a new window, which may work best. Data is from United States Census Bureau, Government Employment & Payroll, data released March 2014.