The arguments presented in the following essay by Frederic Bastiat, written in 1845, are still in use in city halls, county courthouses, school district boardrooms, state capitals, and probably most prominently and with the greatest harm, Washington.

From the Manufacturers of Candles, Tapers, Lanterns, Sticks, Street Lamps, Snuffers, and Extinguishers, and from Producers of Tallow, Oil, Resin, Alcohol, and Generally of Everything Connected with Lighting.

To the Honourable Members of the Chamber of Deputies.
Open letter to the French Parliament, originally published in 1845

You are on the right track. You reject abstract theories and have little regard for abundance and low prices. You concern yourselves mainly with the fate of the producer. You wish to free him from foreign competition, that is to reserve the domestic market for domestic industry. 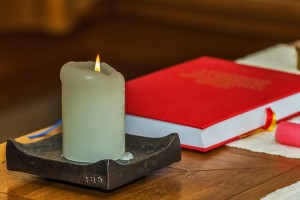 We come to offer you a wonderful opportunity for your — what shall we call it? Your theory? No, nothing is more deceptive than theory. Your doctrine? Your system? Your principle? But you dislike doctrines, you have a horror of systems, as for principles, you deny that there are any in political economy; therefore we shall call it your practice — your practice without theory and without principle.

We are suffering from the ruinous competition of a rival who apparently works under conditions so far superior to our own for the production of light that he is flooding the domestic market with it at an incredibly low price; for the moment he appears, our sales cease, all the consumers turn to him, and a branch of French industry whose ramifications are innumerable is all at once reduced to complete stagnation.

This rival, which is none other than the sun, is waging war on us so mercilessly we suspect he is being stirred up against us by perfidious Albion (excellent diplomacy nowadays!), particularly because he has for that haughty island a respect that he does not show for us

We ask you to be so good as to pass a law requiring the closing of all windows, dormers, skylights, inside and outside shutters, curtains, casements, bull’s-eyes, deadlights, and blinds — in short, all openings, holes, chinks, and fissures through which the light of the sun is wont to enter houses, to the detriment of the fair industries with which, we are proud to say, we have endowed the country, a country that cannot, without betraying ingratitude, abandon us today to so unequal a combat.

Be good enough, honourable deputies, to take our request seriously, and do not reject it without at least hearing the reasons that we have to advance in its support.

First, if you shut off as much as possible all access to natural light, and thereby create a need for artificial light, what industry in France will not ultimately be encouraged?

If France consumes more tallow, there will have to be more cattle and sheep, and, consequently, we shall see an increase in cleared fields, meat, wool, leather, and especially manure, the basis of all agricultural wealth.

If France consumes more oil, we shall see an expansion in the cultivation of the poppy, the olive, and rapeseed. These rich yet soil-exhausting plants will come at just the right time to enable us to put to profitable use the increased fertility that the breeding of cattle will impart to the land.

Our moors will be covered with resinous trees. Numerous swarms of bees will gather from our mountains the perfumed treasures that today waste their fragrance, like the flowers from which they emanate. Thus, there is not one branch of agriculture that would not undergo a great expansion.

The same holds true of shipping. Thousands of vessels will engage in whaling, and in a short time we shall have a fleet capable of upholding the honour of France and of gratifying the patriotic aspirations of the undersigned petitioners, chandlers, etc.

But what shall we say of the specialities of Parisian manufacture?Henceforth you will behold gilding, bronze, and crystal in candlesticks, in lamps, in chandeliers, in candelabra sparkling in spacious emporia compared with which those of today are but stalls.

There is no needy resin-collector on the heights of his sand dunes, no poor miner in the depths of his black pit, who will not receive higher wages and enjoy increased prosperity.

It needs but a little reflection, gentlemen, to be convinced that there is perhaps not one Frenchman, from the wealthy stockholder of the Anzin Company to the humblest vendor of matches, whose condition would not be improved by the success of our petition.

We anticipate your objections, gentlemen; but there is not a single one of them that you have not picked up from the musty old books of the advocates of free trade. We defy you to utter a word against us that will not instantly rebound against yourselves and the principle behind all your policy.

Will you tell us that, though we may gain by this protection, France will not gain at all, because the consumer will bear the expense?

We have our answer ready:

You no longer have the right to invoke the interests of the consumer. You have sacrificed him whenever you have found his interests opposed to those of the producer. You have done so in order to encourage industry and to increase employment. For the same reason you ought to do so this time too.

“But,” you may still say, “the producer and the consumer are one and the same person. If the manufacturer profits by protection, he will make the farmer prosperous. Contrariwise, if agriculture is prosperous, it will open markets for manufactured goods.” Very well, If you grant us a monopoly over the production of lighting during the day, first of all we shall buy large amounts of tallow, charcoal, oil, resin, wax, alcohol, silver, iron, bronze, and crystal, to supply our industry; and, moreover, we and our numerous suppliers, having become rich, will consume a great deal and spread prosperity into all areas of domestic industry.

Will you say that the light of the sun is a gratuitous gift of Nature, and that to reject such gifts would be to reject wealth itself under the pretext of encouraging the means of acquiring it?

But if you take this position, you strike a mortal blow at your own policy; remember that up to now you have always excluded foreign goods because and in proportion as they approximate gratuitous gifts. You have only half as good a reason for complying with the demands of other monopolists as you have for granting our petition, which is in complete accord with your established policy; and to reject our demands precisely because they are better founded than anyone else’s would be tantamount to accepting the equation: + x + = -; in other words, it would be to heap absurdity upon absurdity.

Labour and Nature collaborate in varying proportions, depending upon the country and the climate, in the production of a commodity. The part that Nature contributes is always free of charge; it is the part contributed by human labour that constitutes value and is paid for.

If an orange from Lisbon sells for half the price of an orange from Paris, it is because the natural heat of the sun, which is, of course, free of charge, does for the former what the latter owes to artificial heating, which necessarily has to be paid for in the market.

Thus, when an orange reaches us from Portugal, one can say that it is given to us half free of charge, or, in other words, at half price as compared with those from Paris.

Now, it is precisely on the basis of its being semigratuitous (pardon the word) that you maintain it should be barred. You ask: “How can French labour withstand the competition of foreign labour when the former has to do all the work, whereas the latter has to do only half, the sun taking care of the rest?” But if the fact that a product is half free of charge leads you to exclude it from competition, how can its being totally free of charge induce you to admit it into competition? Either you are not consistent, or you should, after excluding what is half free of charge as harmful to our domestic industry, exclude what is totally gratuitous with all the more reason and with twice the zeal.

To take another example: When a product — coal, iron, wheat, or textiles — comes to us from abroad, and when we can acquire it for less labour than if we produced it ourselves, the difference is a gratuitous gift that is conferred up on us. The size of this gift is proportionate to the extent of this difference. It is a quarter, a half, or three-quarters of the value of the product if the foreigner asks of us only three-quarters, one-half, or one-quarter as high a price. It is as complete as it can be when the donor, like the sun in providing us with light, asks nothing from us. The question, and we pose it formally, is whether what you desire for France is the benefit of consumption free of charge or the alleged advantages of onerous production. Make your choice, but be logical; for as long as you ban, as you do, foreign coal, iron, wheat, and textiles, in proportion as their price approaches zero, how inconsistent it would be to admit the light of the sun, whose price is zero all day long!