For the Wichita metropolitan area in May 2021, the number of unemployed persons is down, the unemployment rate is down, and the number of people working is up when compared to the same month one year ago. The recent trend is exhibiting only small changes.

Data released today by the Bureau of Labor Statistics, part of the United States Department of Labor, shows a mixed employment situation in the Wichita Metropolitan Statistical Area for May 2021. 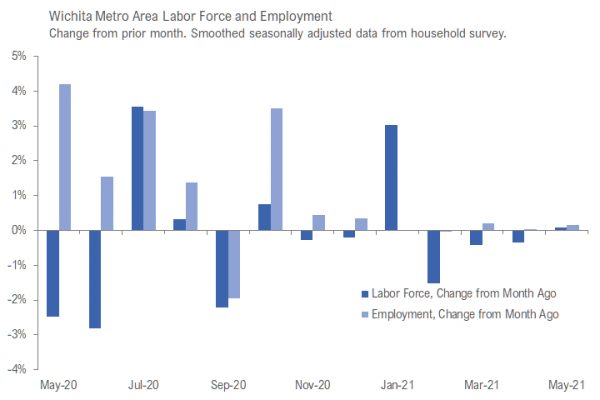 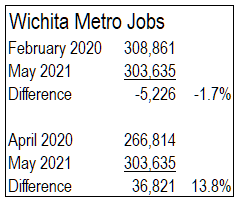 Wichita has 5,226 fewer jobs (1.7 percent) than in the month before the start of the pandemic.

The following chart of changes from the same month one year ago shows a similar trend — fewer jobs, although the difference has become smaller as more people return to work. For April and May 2021 the difference is largest, as April 2020 was the low point since the start of the pandemic. 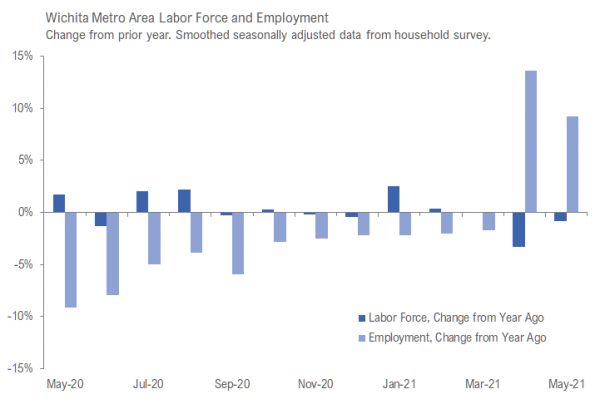 The following chart of changes in employment from the same month of the previous year shows the Wichita MSA has mostly tracked the trend of the nation since the pandemic. Since November 2020, however, the recovery in Wichita has been notably slower than for the nation 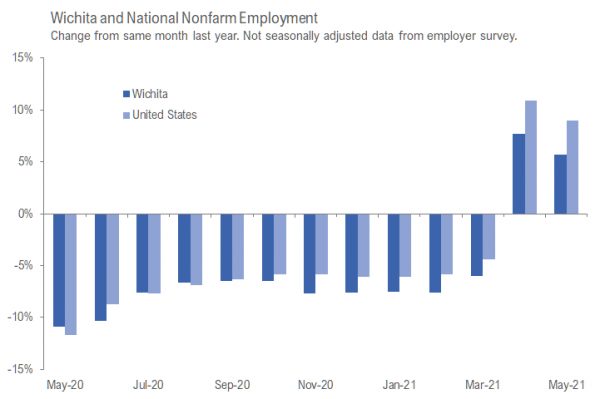 The following chart shows the monthly change in nonfarm jobs for Wichita and the nation. Since September, the changes have been relatively small, with both gains and losses. The relatively large gain of 2,600 jobs in March was nearly canceled by the loss of 2,400 in April. 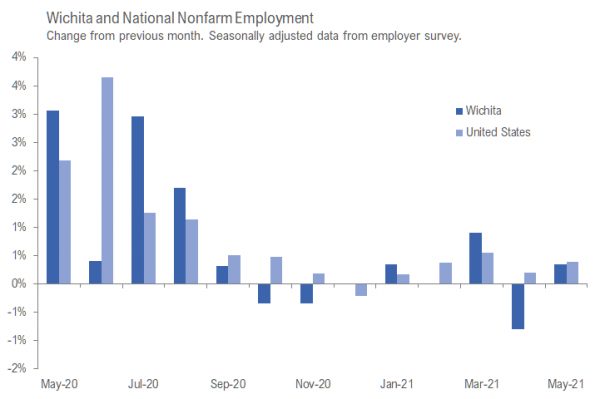 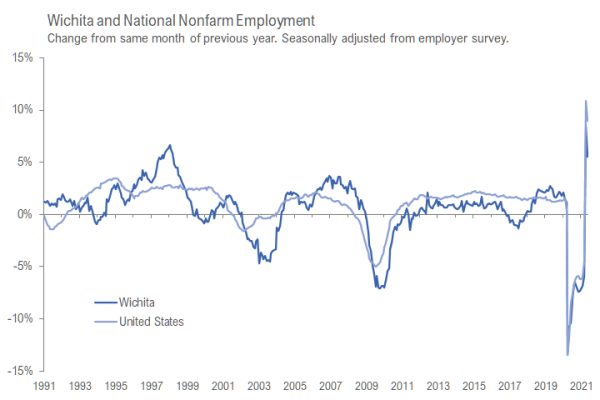 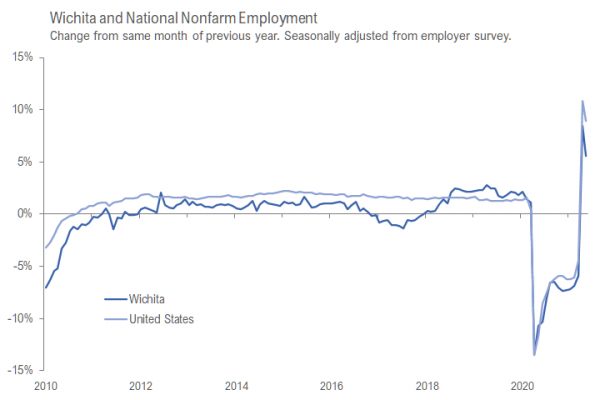 (For data on all metropolitan areas in the nation, see my interactive visualization Metro area employment and unemployment. It is updated through May 2021.) 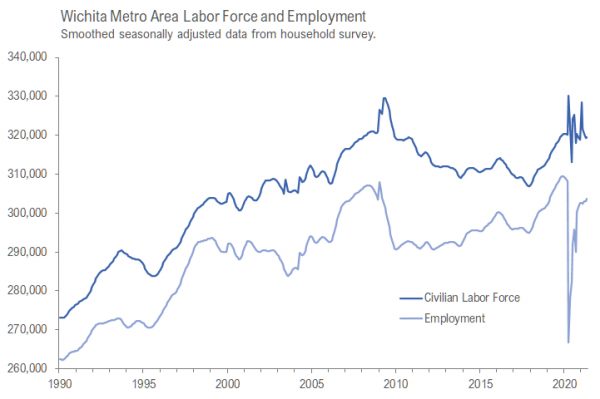 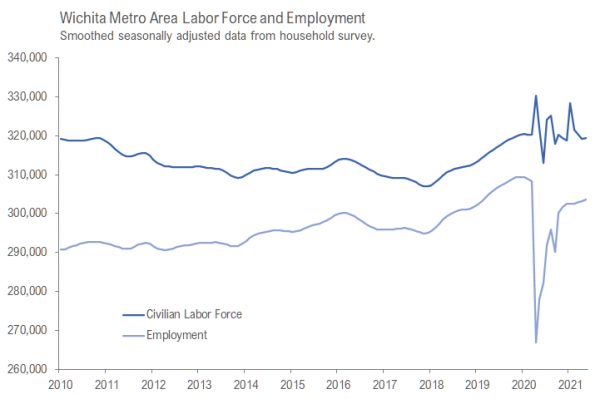 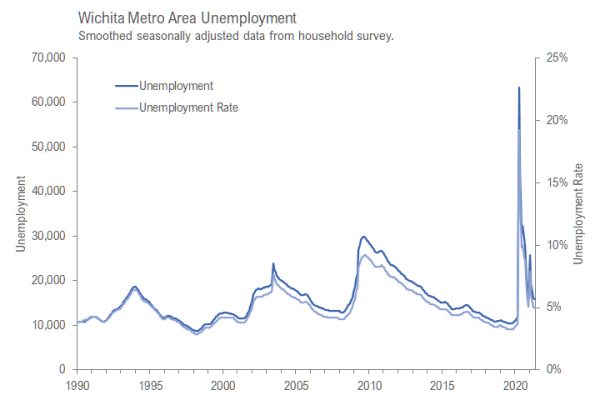 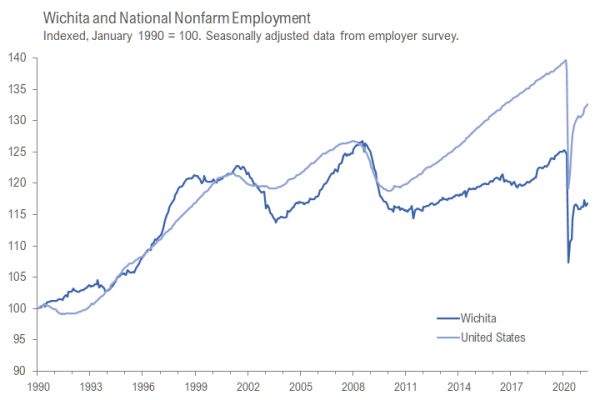 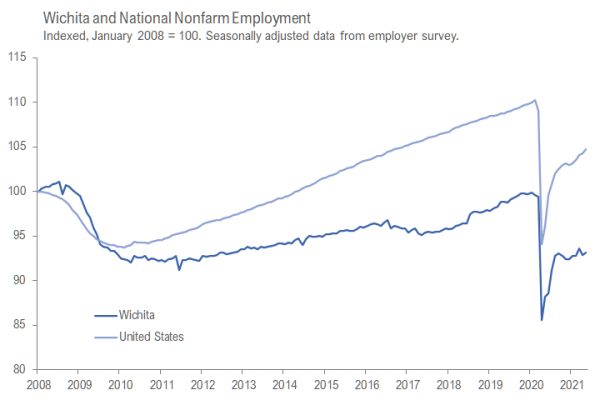 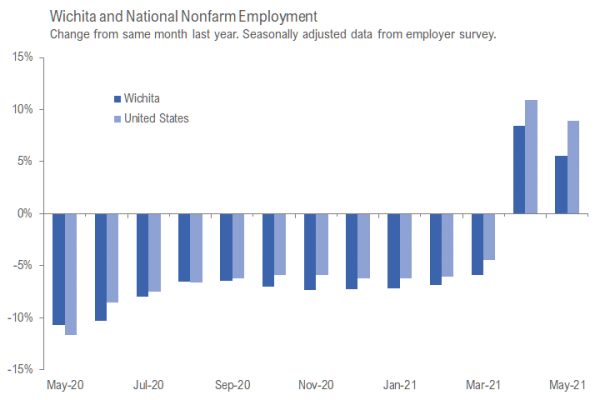