Do you think we have a problem with fake news? Let me introduce you to fake research. 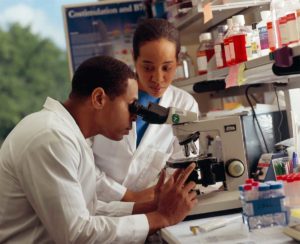 Think of the term “peer-reviewed research.” What comes to my mind is the academic or scientific researcher, wearing a white lab coat, dispassionately and impartially following the data and experiments down whatever path they lead.

But it isn’t always that way. Retraction Watch tracks research papers that have been retracted. There are a variety of reasons for retractions. Honest mistakes are made, yes. But striking is how much outright and blatant fraud exists in the academic publishing world. Here is a sampling of some articles from Retraction Watch:

“Do you know the difference between a group of researchers in the same field who cite each other’s related work, and a group of authors who purposefully cite each other in order to boost their own profiles?” (How to spot a “citation cartel”)

“In October, the Journal of Biological Chemistry retracted 19 papers coauthored by cancer biologist Jin Cheng, formerly at the Moffitt Cancer Center in Tampa, Florida. That’s something you don’t see every day.” Also: “It’s every researcher’s worst nightmare: a manuscript gets rejected during peer review, then shows up later — published by one of the reviewers.” (Top 10 Retractions of 2016)

“When it comes to detecting image manipulation, the more tools you have at your disposal, the better. In a recent issue of Science and Engineering Ethics, Lars Koppers at TU Dortmund University in Germany and his colleagues present a new way to scan images. Specifically, they created an open-source software that compares pixels within or between images, looking for similarities, which can signify portions of an image has been duplicated or deleted.” (Sleuthing out scientific fraud, pixel by pixel)

“The situation should sound familiar to readers who follow such “sting” operations: Spears submitted a fake paper to the so-called “predatory” journal, it was accepted one month later with no changes, and published.” (Surprise! Paper retracted after author tells journal it’s a “pile of dung”)

And today, we bring you news of an effort by John Bohannon, of Science magazine, to publish fake papers in more than 300 open access journals. Bohannon, writing as “Ocorrafoo Cobange” of the “Wassee Institute of Medicine” — neither of which exist, of course — explains his process:

The goal was to create a credible but mundane scientific paper, one with such grave errors that a competent peer reviewer should easily identify it as flawed and unpublishable. Submitting identical papers to hundreds of journals would be asking for trouble. But the papers had to be similar enough that the outcomes between journals could be comparable. So I created a scientific version of Mad Libs.

The paper took this form: Molecule X from lichen species Y inhibits the growth of cancer cell Z. To substitute for those variables, I created a database of molecules, lichens, and cancer cell lines and wrote a computer program to generate hundreds of unique papers. Other than those differences, the scientific content of each paper is identical.

The result? 157 journals accepted the paper and 98 rejected it. (Science reporter spoofs hundreds of open access journals with fake papers)

Retraction Watch has a blog. You can subscribe to email updates. Also, you can keep informed on Facebook and Twitter. An upcoming project is completing a database for tracking retractions.