Bonding KPERS debt is not the solution 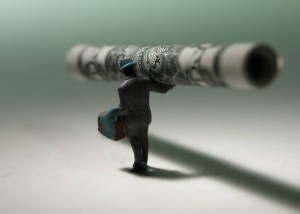 The Kansas House has passed, and now the Senate Ways and Means Committee will consider HB 2403, captioned “Issuing $1,500,000,000 of pension obligation bonds to finance a portion of the unfunded actuarial liability of KPERS.”

Borrowing money to shore up the Kansas state employee pension plan is about the worst idea that could come out of Topeka. Legislatures across the country, and counties and cities of all sizes, have shown that government is fundamentally unable to manage the responsibilities of a defined benefit pension plan.

For more about the problems with KPERS, see KPERS problems must be confronted. Newspapers are not helping Kansans grasp the gravity of the problem; see KPERS editorial a disservice to Kansans. Below is a helpful explanation written by Kansas Policy Institute Adjunct Fiscal Policy Fellow Barry Poulson, Ph.D.. He is also Emeritus Professor at the University of Colorado — Boulder.

Public officials in Kansas have proposed using pension obligation bonds to solve the funding crisis in the Kansas Public Employee Pension System (KPERS). In my view this is not a solution to the funding problem and I will discuss what I perceive to be flaws in this proposal.

The rationale for using pension obligation bonds to pay off unfunded liabilities in the pension plan assumes that the state can borrow funds at a low interest rate and then earn a higher rate of return on the proceeds deposited with the pension fund. The flaw in this rationale is the assumption that KPERS will earn a higher rate of return on bond proceeds deposited in the KPERS fund. KPERS assumes an 8 percent return on assets accumulated in the fund. For a number of years, economists and actuaries have questioned this assumed rate of return and the use of this assumed rate to discount liabilities in the plan. The Government Accounting Standards Board has issued new standards, 67 and 68, to be implemented over the next two years, requiring state and local governments to use a lower interest rate, the mortgage bond rate, to discount liabilities in their financial statements.

If we assume that a lower rate of interest, such as the municipal bond rate, is the interest rate relevant in discounting unfunded liabilities in the pension plan then it is not clear that issuing pension obligation bonds will generate returns above the interest cost on those bonds. If the returns fall below the interest cost on the bonds then this introduces an additional risk and could in fact exacerbate the funding problem in KPERS.

Shifting the cost of pension obligations from one generation of employees and taxpayers to the next generation is not a solution to the funding crisis in KPERS. The defined benefit plan offered by KPERS is not sustainable.

I analyze the sources of unfunded liabilities in the plan and explore alternative reforms to solve this problem in an upcoming paper with KPI.

Some of my other work for KPI on KPERS is here and a legal analysis of what can, and cannot, be changed in KPERS is here; the latter piece was done by another scholar.