Kansas spending is rising, and will probably rise at a faster pace.

Figures from Kansas financial reports show that state spending has risen, and based on approved budget, will rise at a faster pace.

The following tables and charts show actual data through fiscal year 2018. Data for fiscal years 2019 and 2020 are based on figures approved by the legislature and governor, plus estimates regarding the future economy.

In the following table, spending increases from the general fund average 7.3 percent per year for 2010 through 2020. There is a budget surplus, primarily due to changes in tax law that produced a 15.0 percent increase in receipts to the general fund in 2018. 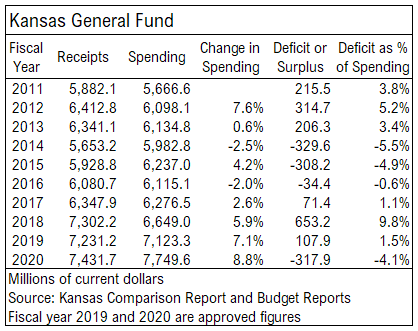 Based on currently-approved figures, the general fund will swing from surplus to deficit in 2020. 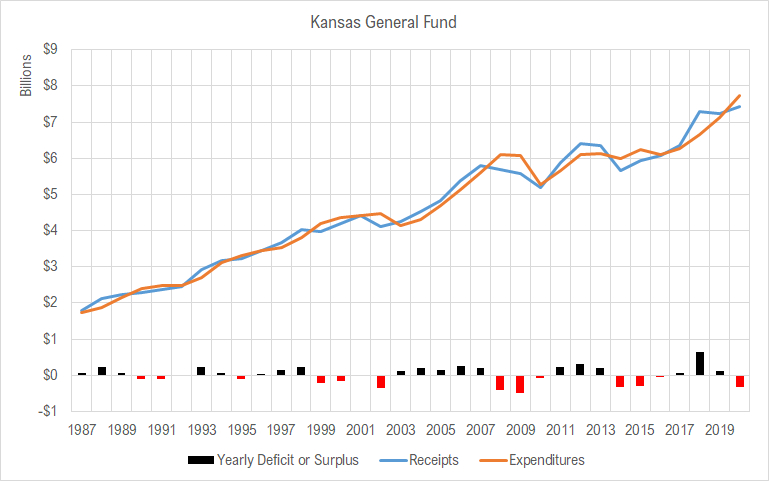 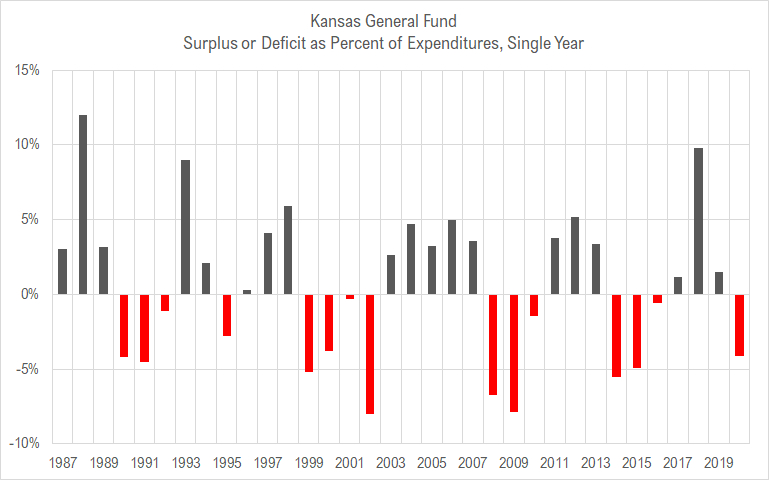 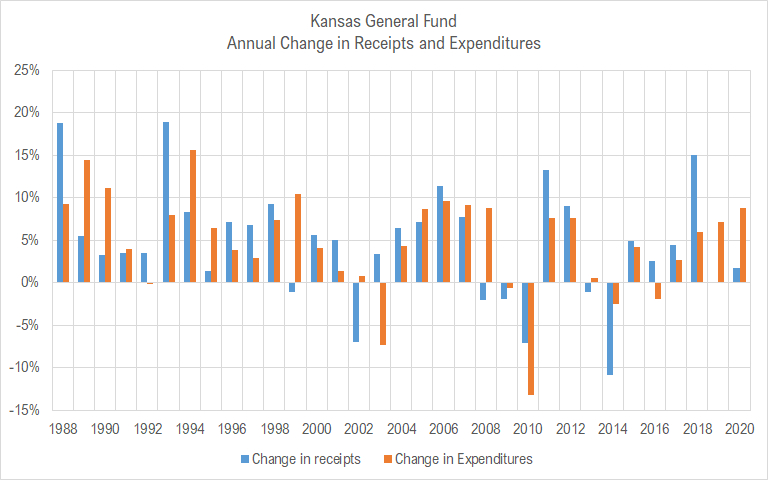 Following charts show increases in spending for the general fund and all funds spending (see below for an explanation of the funds). These charts are adjusted for inflation where appropriate, and show spending per resident, along with spending as a portion of private sector production and personal income. 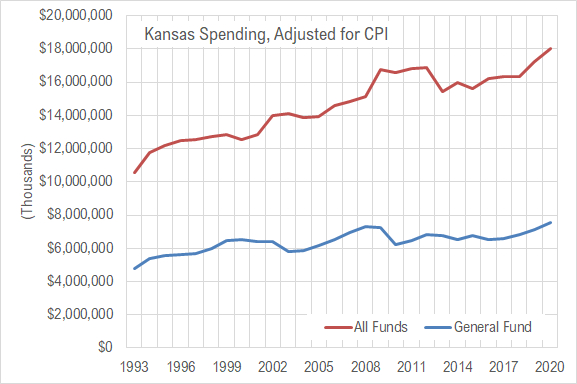 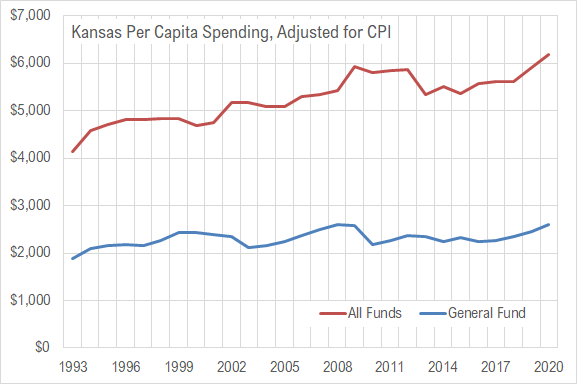 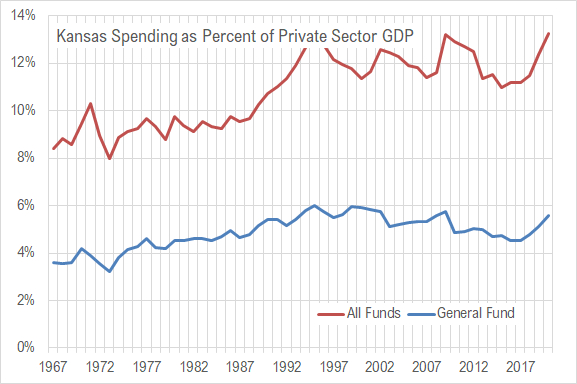 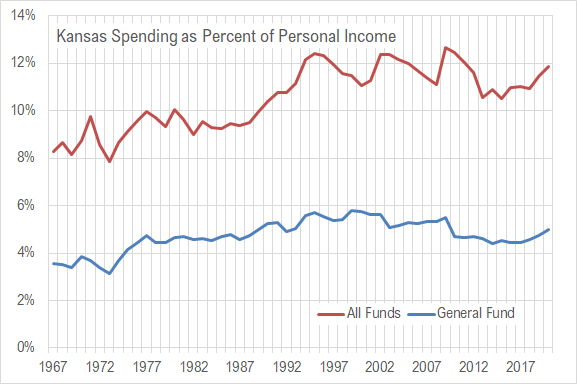 The Governor’s Budget Report for 2020 explains:

The State General Fund receives the most attention in the budget because it is the largest source of the uncommitted revenue available to the state. It is also the fund to which most general tax receipts are credited. The Legislature may spend State General Fund dollars for any governmental purpose.

Special revenue funds, by contrast, are dedicated to a specific purpose. For instance, the Legislature may not spend monies from the State Highway Fund to build new prisons.

Other examples of special revenue funds are the three state building funds, which are used predominantly for capital improvements; federal funds made available for specific purposes; and agency fee funds, which can generally be used only to support specific functions related to the agency collecting the fee. The Economic Development Initiatives Fund, the Children’s Initiatives Fund, the Kansas Endowment for Youth Fund, the Expanded Lottery Act Revenues Fund, and the State Water Plan Fund are appropriated funds that function the same as the State General Fund.

The principal that “may not spend monies from the State Highway Fund to build new prisons” is often violated in practice, and example being the well-known transfers from the highway fund to the general fund.