Employment rose and the labor force in Kansas fell slightly in July 2019 compared to the two previous months, and employment continued a trend of lower growth than the nation over the year.

Data released today from the Bureau of Labor Statistics, part of the United States Department of Labor, shows a mixed picture for employment in Kansas for July 2019. (Click charts and tables for larger versions.)

Using seasonal data, Kansas nonfarm jobs increased by 1.00 percent over the past 12 months, while national jobs grew by 1.51 percent.

Goods-producing jobs rose by 600, and service-providing jobs grew by 1,900.

Construction jobs grew by 200, manufacturing grew by 400, and 800 jobs were gained in trade, transportation, and utilities. 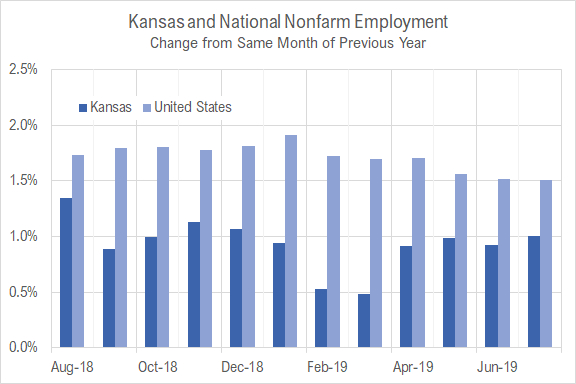 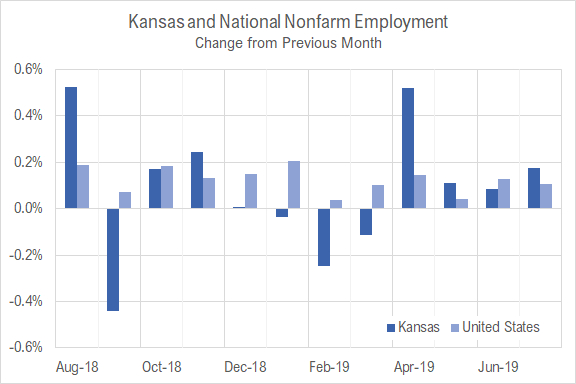 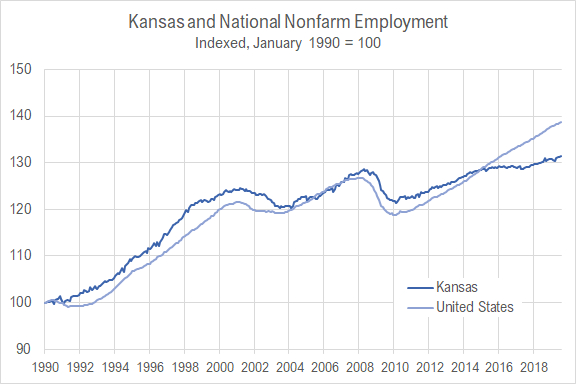 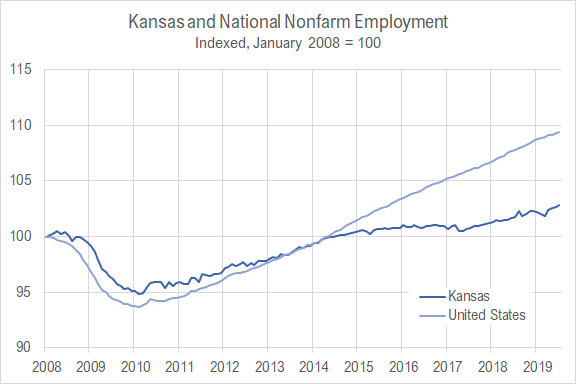 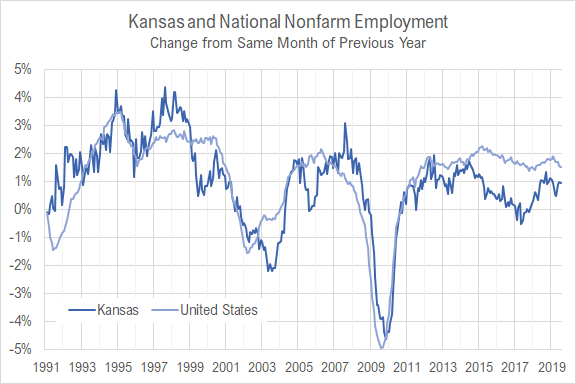