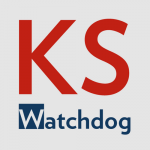 BIG SUBSIDIES: Kansas has forked over millions in tax breaks since 2009, but new research says it has been ineffective at accomplishing its main goal: Creating new jobs.

Tax breaks provided through Promoting Employment Across Kansas were just icing on the cake.

Like numerous other firms who have relocated to Kansas to take advantage of PEAK benefits, Overland Park-based McQueeny Group has been handed thousands in tax breaks for creating new jobs — more than $160,000 since 2011, according to the Kansas Department of Commerce.

The state contends McQueeny’s relocation from the Crossroads near downtown Kansas City, Mo., has brought 15 jobs to Kansas, though Slump said only two or three were new to the company after the move.

PEAK allows an employer to retain 95 percent of the payroll tax for creating jobs that pay at or above the county median wage, with the goal of spurring new hiring. In the last two years alone, the program has granted more than $28 million in tax breaks, according to annual reports prepared by the state.

But Slump told Kansas Watchdog all PEAK did was help make the relocation decision easier.

“It’s hard for us to tie creation of jobs to that, as much as it was a business opportunity,” Slump said.

New research suggests McQueeny Group is the rule, not the exception.

“It looks like there’s no evidence that PEAK incentives work in the sense of job creation any way we cut this,” said Nathan Jensen, associate professor of political science at Washington University in St. Louis, who compared data between numerous companies to see if the tax breaks had any real-world effect. “Doing this over and over again, you kind of come up with the same result.”

Through statistical research, Jensen discovered that PEAK tax breaks had little to no effect on whether a company created new jobs.

“They’re just incentivizing firms that are already going to expand and relocate,” Jensen said, noting that issues with incentives are hardly restricted to the Sunflower State. “Most of the data is that about two-thirds to three-fourths of firms that get an incentive, globally, were basically getting an incentive to do what they were going to do anyway.”

Jensen compared companies of similar size and industry, examining the job creation figures from 2006 and onward; PEAK was signed into law in 2009. For each of the 72 PEAK firms examined, Jensen matched them with five comparable firms in Kansas that didn’t receive PEAK tax breaks.

Then he did it again.

Jensen said what he found was incredibly unsurprising.

Not only is there no statistical link between PEAK benefits and job creation, Jensen also wrote the “PEAK program is disproportionately used to attract investment from across the (Missouri) border.”

While Jensen’s findings are damning enough, he said more information is still needed to see whether PEAK is worth the massive taxpayer support it has received since its inception. Information such as when a firm applied for PEAK benefits and when tax breaks were awarded, as well as tracking which firms were rejected from the program, would go a long way toward determining the value of PEAK, Jensen noted.

More than anything, Jensen would just like to see a little transparency.

“It’s the sort of thing I think should just be on a website,” he said.

Currently, the Kansas Department of Commerce only makes PEAK data available through an open records request. Darla Price, PEAK program director, told Kansas Watchdog she couldn’t say why the information wasn’t posted online; decisions like that aren’t made at her level, she said.

Dan Lara, deputy secretary for public affairs for the state commerce department, said the agency is considering allowing greater levels of transparency regarding the PEAK program, but has yet to make an actual decision.

The Docking Institute of Public Affairs at Fort Hays State University all but confirmed the ineffectiveness of the program after surveying PEAK firms last year. Respondents admitted that 75 percent of new hires would have happened whether or not they received the tax breaks. However, the report justifies the massive program by simply stating that, hey, jobs are jobs.

“(A)ll of the new employees hired by PEAK firms relocating to Kansas represent additional jobs for the State, regardless of whether they would have been hired without the PEAK Program,” the Docking report stated.